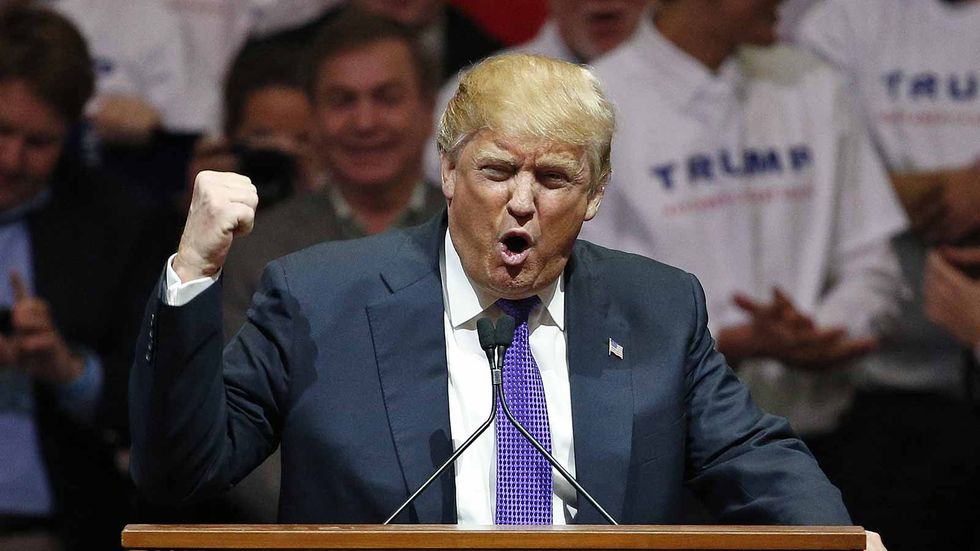 President Donald Trump has repeatedly dismissed Special Counsel Robert Mueller’s Russia probe as a baseless “witch hunt.” And he reiterated his claim that the probe is totally unjustified during an in-depth interview that aired on CBS’ “Face the Nation” on Sunday, February 3.

Speaking to “Face the Nation”’s Margaret Brennan during the interview, Trump insisted, “I think it’s a terrible thing that’s happened to this country because this investigation is a witch hunt. It’s a terrible witch hunt, and it’s a disgrace.”

So far, 34 people have faced criminal charges as a result of Mueller’s investigation—and that has included Trump associates in the U.S. as well as Russian nationals and military intelligence officers. Last year, Mueller indicted 13 Russian nationals who were connected to an online troll farm that goes by the name Internet Research Agency. Mueller has alleged that in 2016, the troll farm posed as Americans and spread false information in order to influence the U.S. presidential election.

When Brennan brought up the fact that “34 people have been charged” in Mueller’s probe and there have been “seven guilty pleas,” Trump told her, “Of the 34 people, many of them were bloggers from Moscow. Or they were people that had nothing to do with me, had nothing to do with what they’re talking about—or there were people that got caught telling a fib or telling a lie.”

Trump and Brennan discussed some of the Trump associates who have been indicted in the Mueller probe, including Michael Flynn (who briefly served as the Trump Administration’s national security advisor) and veteran GOP operative Roger Stone (who is being accused of witness tampering, obstruction of justice and making false statements).

Trump told Brennan that in Flynn’s case, federal prosecutors “took a man and destroyed his life.” And when Brennan asked Trump if he would consider giving Stone a presidential pardon, he responded, “I have not thought about it. It looks like he’s defending himself very well. But you have to get rid of the Russia witch hunt because it is indeed.”

The president stressed, “The Russia thing is a hoax. I have been tougher on Russia than any president—maybe ever.”

During the interview, Trump and Brennan also discussed everything from the recent partial shutdown of the U.S. federal government to U.S. foreign policy in Syria and Afghanistan.