Trump official lashes out as Rep. Omar asks him if he’d back genocide in Venezuela like ‘you did in Guatemala’ 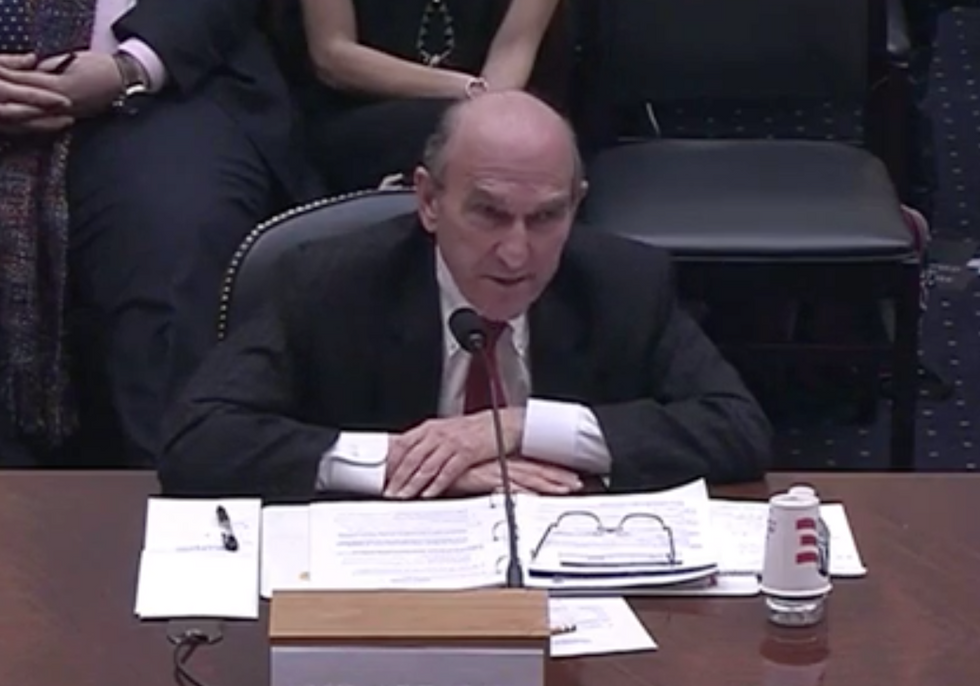 Elliott Abrams, who currently serves as the Trump administration’s special envoy to Venezuela, reacted angrily when Rep. Ilhan Omar (D-MN) questioned him about his past support for murderous Latin American regimes.

In particular, Omar questioned Abrams about whether he was still proud of dismissing accurate reports about the infamous El Mozote massacre that was carried out by American-trained troops in El Salvador in the 1980s.

“More than 800 civilians, including children as young as two years old, were brutally murdered,” Omar told him. “During that massacre, some of those troops bragged about raping a 12-year-old girl before they killed her. You later said that the U.S. policy in El Salvador was a ‘fabulous achievement.’ Do you still think so?”

A visibly upset Abrams told Omar that it was a “fabulous achievement” that democracy came to El Salvador, but Omar wouldn’t let him dodge the question and he eventually had to admit that he didn’t think a mass killing conducted by American-trained forces was something to be proud of.

Next, she turned to Abrams’ role in whitewashing war crimes that were being carried out under the orders of Guatemalan leader Ríos Montt, who was later convicted of ordering genocide within his own country.

“Would you support an armed faction within Venezuela that engages in war crimes, crimes against humanity or genocide if you believed they were serving US interests as you did in Guatemala, El Salvador and Nicaragua?” Omar asked.

“I’m not going to respond to that question, I’m sorry,” he said. “I don’t think this entire line of questioning is meant to be real questions.”