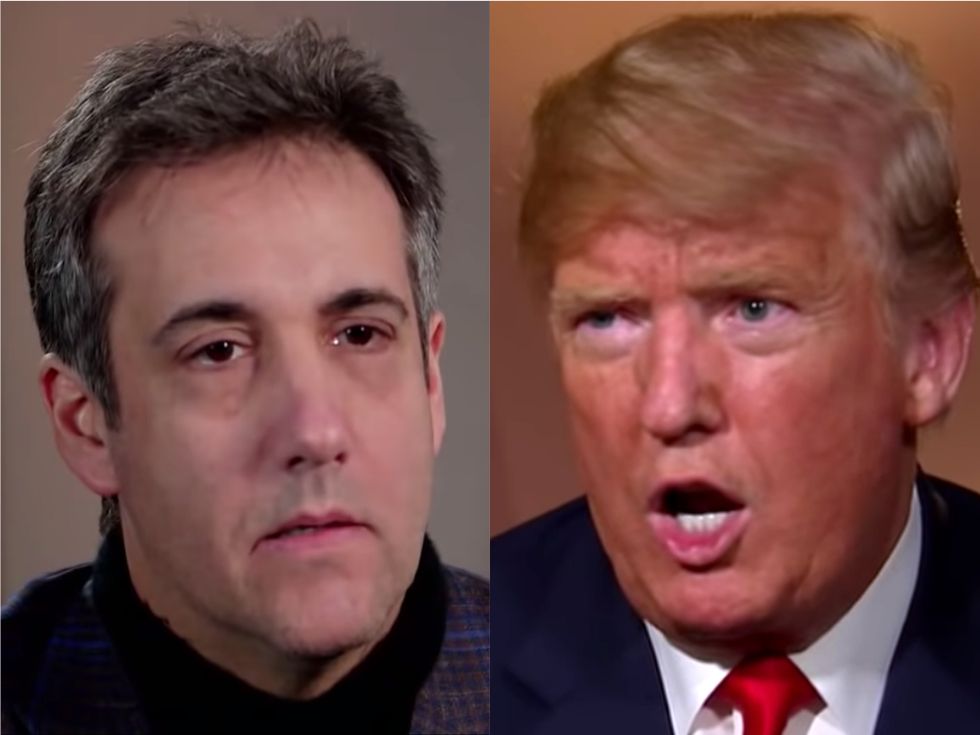 This morning on Twitter, Vanity Fair senior reporter Emily Jane Fox recalled that it was exactly one year ago today, on Valentine’s Day 2018, that she was interviewing Michael Cohen in his New York City office when the attorney received a phone call from his top client: President Donald J. Trump.

When Fox (a frequent guest on MSNBC) interviewed Cohen for Vanity Fair last year, one of the things they discussed was a statement made to the Federal Election Commission (FEC) about hush money paid to adult film star Stormy Daniels—who alleges she had sex with Trump and was paid to keep quiet about it.

Fox tweeted, “Last Feb 14, I interviewed Cohen in his office about the statement he gave the FEC, in which he said Trump didn’t know about the Stormy payment or reimburse him for it. Trump called while I was there. I couldn’t hear much but he wanted (to) go over what the public messaging would be.”

CNBC’s Christina Wilkie responded to Fox’s tweet an hour later, posting, “New (to me): Trump called Cohen from the White House last year to go over what Cohen was planning to tell the FEC about Trump’s role in the Stormy Daniels payoff. Wow. Note: Fox says she’s reported this several times in the past. But it’s news to me.”

New (to me): Trump called Cohen from the White House last year to go over what Cohen was planning to tell the FEC a… https://t.co/AaAEofMTTR
— Christina Wilkie (@Christina Wilkie) 1550158329

When BuzzFeed News’ Jason Leopold asked Fox why she mentioned her Valentine’s Day 2018 interview with Cohen today, she responded that she was “reiterating it on the year mark to show how much things have changed.”

@JasonLeopold I’ve reported it a number of times. Reiterating it on the year mark to show how much things have changed felt important.
— Emily Jane Fox (@Emily Jane Fox) 1550157915

Trump’s relationship with Cohen has gone sour in a big way since February 14, 2018. Cohen, Trump’s former personal attorney and “fixer,” subsequently turned against the president and has said he is willing to cooperate fully in Special Counsel Robert Mueller’s Russia investigation as well as with federal prosecutors for the Southern District of New York.

On August 22, 2018, Cohen pled guilty to eight criminal charges in federal court, including tax and bank fraud and campaign finance violations. Then, in November, he also pled guilty to lying to Congress about a proposed Trump Tower Moscow project in Russia. On December 12, Cohen was sentenced to three years in federal prison.

According to Cohen’s attorney, Lanny Davis, he will testify before three congressional committees before reporting to prison on Wednesday, March 6.