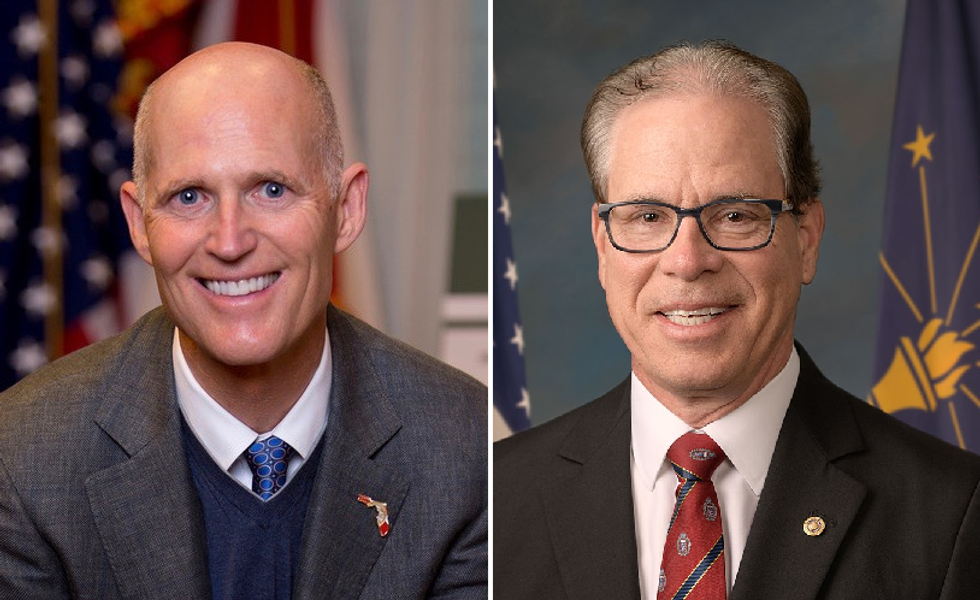 If there's one minority group that is consistently overrepresented in Congress, it's millionaires. They account for less than9 percent of U.S. households, but they made up 38 percent of the previous Congress.

But if two freshman GOP senators get their way, there could end up being even fewer non-millionaires in Congress:

This morning I co-sponsored a bill to end congressional pensions with @SenatorBraun. Americans shouldn't have to f… https://t.co/NaUNqt0TlZ
— Rick Scott (@Rick Scott) 1550010460

At first blush, this proposal by Sens. Rick Scott (R-FL) and Mike Braun (R-IN) looks reasonable. It's easy to hate on members of Congress, living large on the government dole when so many of them are already fabulously wealthy.

The problem is, by reducing the benefits available to senators and representatives, this bill effectively makes it more expensive to serve as a member of Congress. And it is already not cheap, incidentally — Rep. Alexandria Ocasio-Cortez (D-NY), one of the very few genuinely working-class people serving in Washington, had a hard time making arrangements to rent an apartment in Washington, D.C. on top of her residence in New York City. So insofar as personal finances play any role in who does and doesn't run for Congress, this bill would make it less likely that working-class people can afford public office as a career choice.

It should be noted that congressional pensions aren't all that generous in the first place — you have to serve a minimum of six years in office, and benefits are earned very slowly according to a formula that multiplies years of service by fractions of their salary. It would be a drop in the bucket for Scott and Braun, who are respectively worth as much as $255 million and $95 million.

Rather than toss out pensions, a more sensible approach would be to pass laws limiting the ways members of Congress can personally profit from their office. For instance, the STOCK Act, passed in 2012, closed loopholes that potentially allowed members of Congress to engage in insider trading based on upcoming legislation that could affect businesses. A proposal by Sens. Sherrod Brown (D-OH) and Jeff Merkley (D-OR) would take it one step further, banning members of Congress from buying and selling individual stocks altogether.

Scott, on the other hand, seems to be moving in exactly the opposite direction. On Monday, he announced that he would no longer hold his wealth in his blind trust (which wasn't really blind to begin with). This means that he will be directly aware of his financial holdings, and potentially know whether he stands to gain or lose personal wealth from any bill brought before the Senate. That should be a lot more concerning than whether he gets a pension.

Ultimately, if this plan passes, it will increase the odds that future members of Congress look less like Main Street, and more like Rick Scott and Mike Braun.