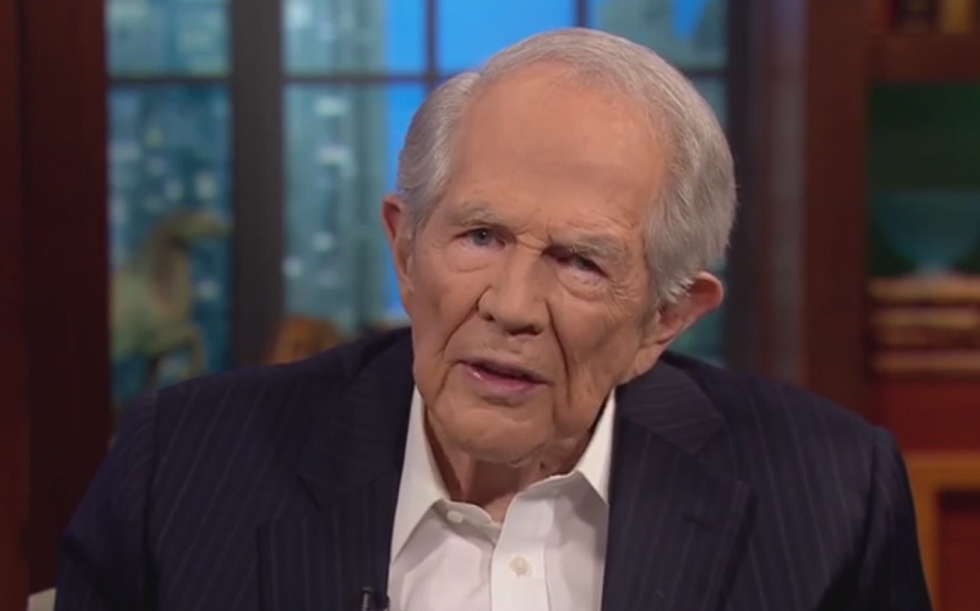 Pat Robertson, the far-right evangelical host of The 700 Club, has never particularly been known as someone who updates his beliefs in response to changing social mores.

True to that form, on Monday, Robertson went after LGBTQ persons, and made very clear that he believes society is at risk of crumbling because of what they do in the bedroom.

"The incredible thing about the homosexuals is they are willing to destroy lives and destroy the whole fabric of society so long as they and their weird way of doing sex is legitimized," said Robertson, in a segment first reported by Right Wing Watch. "That's what they want and they will take away everything; they will destroy marriage, they will destroy families, they will destroy, in this case, the foster children. They are willing to tear down the entire edifice in order to have the majority of people recognize the way they do sex."

Leaving aside the fact that straight people routinely engage in the same "weird way of doing sex," that LGBTQ people do, Robertson as always seems incapable of articulating a single reason why acceptance of homosexuality has anything to do with the ability of other people to go about their lives, or indeed his own ability to follow his own beliefs.

Unfortunately, in the Trump administration, America seems to be backsliding on gay rights. Trump has eliminated LGBTQ protections for federal contractors and transgender accommodation guidelines for public schools, reinstated a ban on transgender military service, and urged federal courts to exclude sexual orientation from the Civil Rights Act's sex protections.