The laugh’s on us: How the Trump-radical Republican tax cut broke the economy 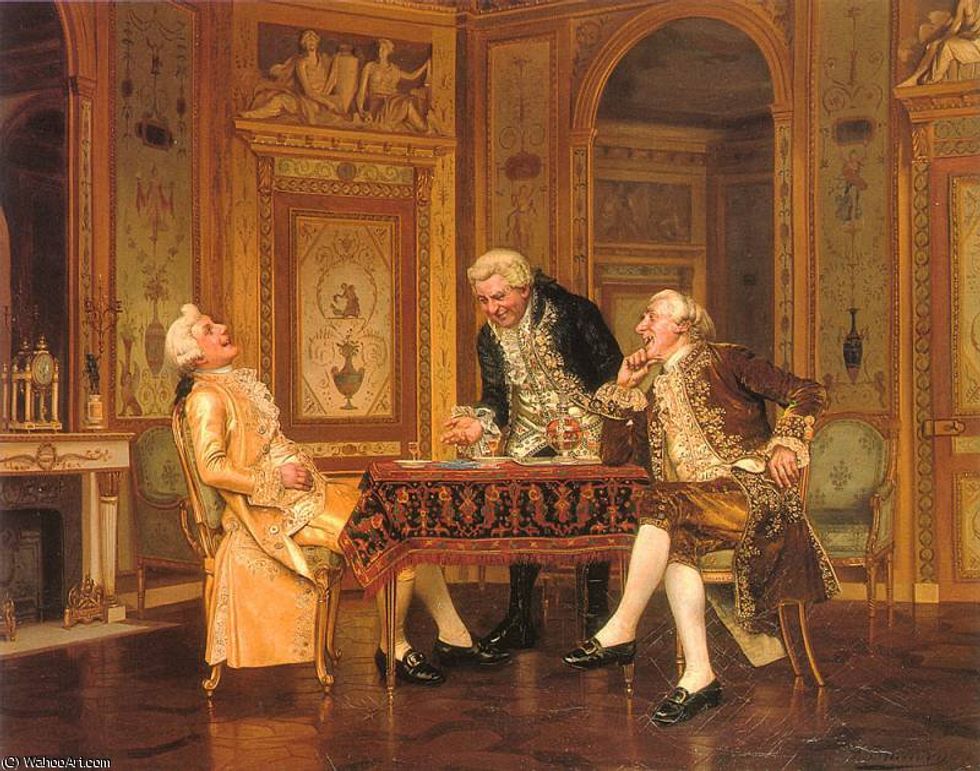 Donald Trump’s tax cut for the rich and the corporations they control is turning out to be a bust for the American economy.

It will, however, burden taxpayers with at least $1.5 trillion more federal debt because, instead of boosting tax revenues through increased economic activity as promised, it has caused a sharp drop in revenue.

In addition, millions of residents of blue states are about to get hit with big federal income tax increases while many American expatriates who own businesses overseas are also facing unexpected new tax bills, especially if they prudently saved for their old age under the systems of the countries where they now reside.

I’ll be speaking about this at a Toronto tax conference on Friday, Feb. 1.

A host of economic indicators show that the 2017 Tax Cuts and Jobs Act failed to achieve its key promise, a major increase in investments by business that would create more jobs. This is exactly the result that many, including those of us at DCReport, predicted.

The economy is slowing down despite the promise that the Trump-Radical Republican tax cut would spur massive new investment.

We call the 2017 tax law the Trump-Radical Republican tax law because not one Democrat voted for the bill in the House or Senate. It was also passed without a single public hearing. It is a terrible law that benefits the richest among us at the expense of the many—and needs to be fixed.

The Trump-Radical Republican tax law not only cut the corporate tax rate from 35% of profits to 21%. It also allowed corporations to immediately deduct 100% of capital expenditures instead of writing them off on their tax returns over periods from three years to decades.

This kind of corporate tax timing trick has been employed several times since the John F. Kennedy administration in 1962. The effect each time was to create a brief surge in corporate investment, called capital expenditures, followed by a slump.

Looked at over a period of several years, total capital investment was unchanged.

The evidence today shows that the economy is slowing down after expanding since early in Barack Obama’s first term despite the promise that the Trump-Radical Republican tax cut would spur massive new investment.

The National Association for Business Economics found this month that the Trump-Radical Republican tax law has failed to increase business investment and activity.

NABE president, Kevin Swift, who is chief economist for the American Chemistry Council, said that 84% of business economists it surveyed agreed that “one year after its passage the 2017 Tax Cuts and Jobs Act has not caused their firms to change hiring or investment plans.”

There’s no reason to expect an increase going forward. Rather, economic growth appears to be slowing.

The association said that a majority of those it surveyed in January don’t expect a recession this year. However, fewer members expect robust economic growth in 2019.

It also noted a slowdown in the growth of profit margins as well as rising costs for materials, both signs of an economic expansion that is running out of fuel to keep going.

Manufacturing activity has grown for 116 consecutive months, the last 23 of them under Trump, the Institute for Supply Management’s latest report showed.

But Institute reports also showed a sharp slowdown as 2018 ended despite the Trump-Radical Republican tax cut favors for business. In December, the institute’s Purchasing Managers Index (PMI) stood at 54.1, down sharply from 59.3 in November.

Much more worrisome was an 11-point decline in the index for future orders, which fell in December from 62.1 to 51.1. That suggests economic growth will slow, perhaps even stall, later this year.

Expect some contraction in consumer spending in the first half of this year as many prosperous Americans get hit with much bigger than expected income tax bills.

Thanks to theTrump-Radical Republican tax cut, millions of families in California, Connecticut, Maryland, Massachusetts, New Jersey, New York, Virginia and other high-tax states will owe thousands to tens of thousands of dollars more in federal income tax for 2018 even if their income was unchanged from 2017.

That is because individuals can deduct no more than $10,000 in state and local taxes, known as SALT, on the tax returns due this Spring, and most homeowners will no longer be able to deduct their mortgage interest.

The number of taxpayers who will be eligible to itemize deductions is expected to fall from about one in three to just one in 20.

The taxpayers most affected live in Democratic-leaning blue states, which also happen to be those with better paying jobs. Had the Trump-Radical Republican tax cut bill been examined in public hearings, the public would have known about its partisan provisions, something the Framers of our Constitution warned against and which they tried to prevent with the uniformity clause in Article I, Section 8, Clause 1 of our Constitution, which says taxes should be uniform across the country.

In addition, many American expatriates are being hit hard by Trump and Congress because their tax-deferred retirement savings plans in some countries are now treated as immediately taxable by the United States. That’s because the law did not distinguish between profits siphoned out of the United States by companies like Apple and the normal course of business for many expatriates complying with the laws where they now live.

Congress taxes Americans, and American-based corporations, on their worldwide income. Other major countries tax people only on income earned within their boundaries.

Similarly, the equity built up in enterprises such as medical practices is treated as immediately taxable under the Trump-Radical Republican tax law. These consequences illustrate a key reason that tax law should not be drafted in secret and voted on without public hearings.

Had Congress held public hearings the tax problems created for American expatriate professionals and business owner differences in the tax rules of other countries could have been spotted and then prevented or minimized.

Now that he Democrats control the House, which our Constitution requires be the origination point for all tax laws, hearings could be held to ameliorate or even eliminate these problems.