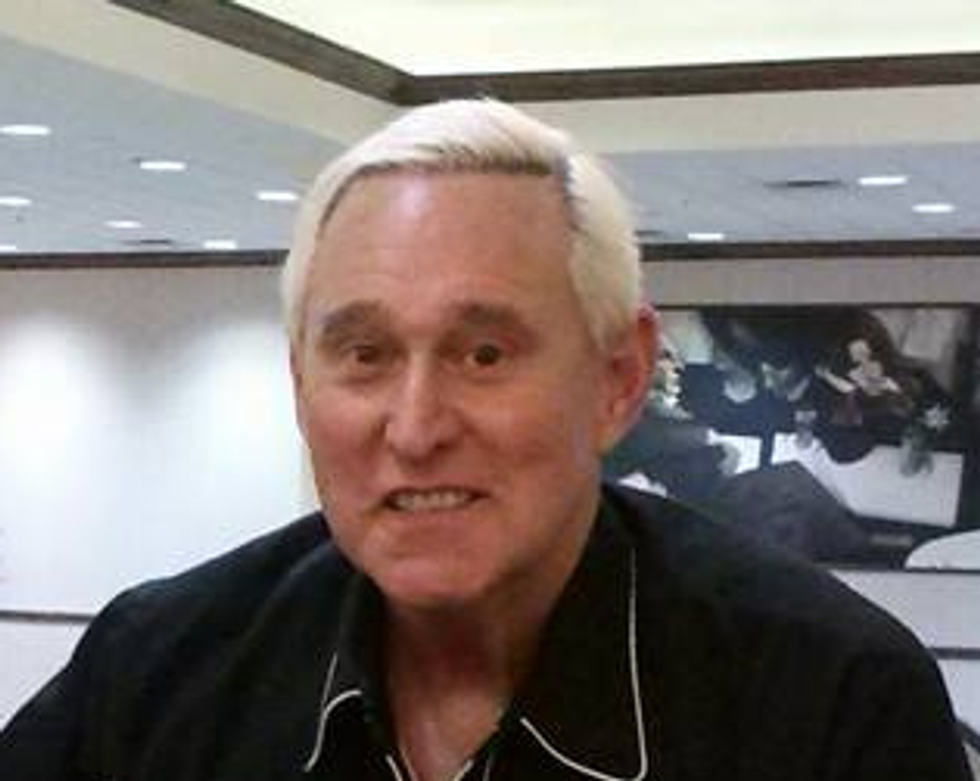 On Monday, President Donald Trump's former adviser Roger Stone found himself in hot water after posting an apparent threat on Instagram against the federal judge in his case, who just last week put a partial gag order on his lawyers.

The post, which attacked Judge Amy Berman Jackson as "an Obama appointed Judge who dismissed the Benghazi charges again [sic] Hillary Clinton and incarcerated Paul Manafort prior to his conviction for any crime," displayed her face next to what seemed to be crosshairs, and the image seemed to have been lifted from a conspiracy theory site called Galactic Central.

After sharp blowback, Stone deleted the post, re-uploaded it with a cropped version of the photograph that didn't include the crosshairs, and then deleted that post too. He said that "Any inference that this in someway threatens the judge is false," and blamed the whole thing on "one of the people who works for me."

Social media, however, was not impressed. Stone faced a wave of furious criticism for his behavior:

Such despicable behavior is enabled and catalysts by Donald Trump’s rhetoric every day. I don’t care what side you… https://t.co/FuWShlat2U
— Neal Katyal (@Neal Katyal) 1550520748

Let’s be real clear: Roger Stone just attacked the judge presiding over his case. No conservative should be saying this is OK. None.
— Bradley P. Moss (@Bradley P. Moss) 1550518182

One theory was that Stone was not actually serious about issuing a threat, but was trying to provoke Jackson in order to "bias" her against him and force her to recuse herself from the case — a legal strategy that, to put it mildly, does not work:

Other people noted that there could be serious consequences for Stone's actions, from having his bail revoked to new criminal charges: