‘Shame on you, Mr. Jordan’: Michael Cohen shuts down GOP rep for twisting his words during congressional testimony 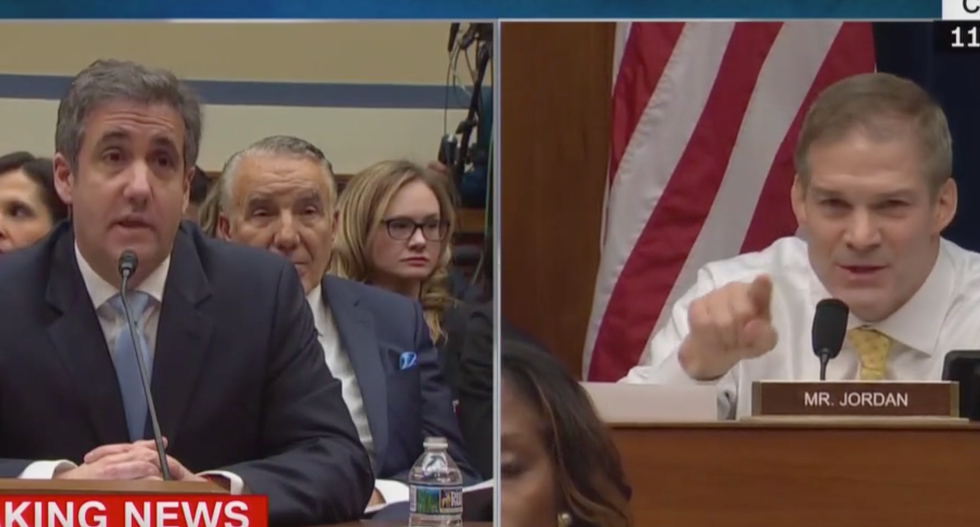 The showdown came after Cohen told Congress no bank ever took a loss because of his actions. Cohen pleaded guilty to bank fraud last year.

“I would just make one point,” Jordan said during Cohen’s testimony. “We just had a five-minute debate where Mr. Cohen dispute what is the Southern District of New York found, what the judge found, that he was actually guilty of committing bank fraud. If this statement back here doesn't say it all, Cohen's consciousness of wrongdoing is fleeting, his instinct to blame others is strong. His remorse is nonexistent. He just debated a member of Congress saying I really didn't do—“

“Shame on you, Mr. Jordan,” Cohen continued. “That's not what I said. Shame on you.”

“That's not what I said,” Cohen said. “What I said is I took responsibility and I take responsibility. What I was doing is explaining to the gentleman that his facts are inaccurate. I take responsibility for my mistakes. I am remorseful and I am going to prison. I will be away from my wife and family for years. So before you turn around and you cast more dispersion, please understand there are people watching you today that know me a whole lot better. I made mistakes. I own them and I didn't fight with the southern district of New York. I didn't put the system through an entire scenario. But what I did do is I pled guilty and I am going to be, again, going to prison.”