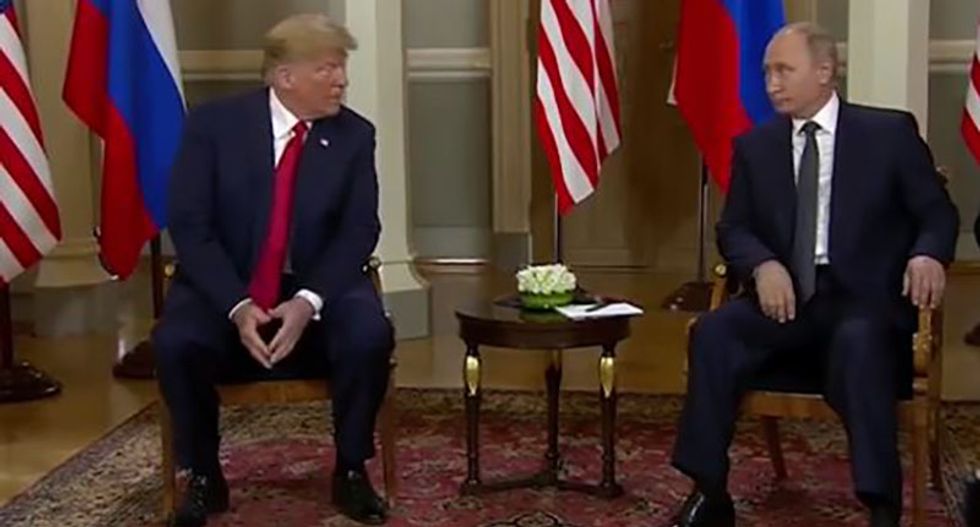 At the State of the Union address Tuesday night, President Donald Trump chided “ridiculous partisan investigations,” he claimed were getting in the way of good governance.

Yet, evidence continues to mount—both in Special Counsel Robert Mueller’s probe—and multiple investigations by prosecutors in New York—that the Trump campaign may have been compromised by the Kremlin.

The site News and Guts—an arm of journalist Dan Rather’s production company—broke down legal expert Steven J. Harper’s timeline of suspicious inaction by Trump in response to warnings of Russian aggression. They hone in on the following points.

Last week, US intelligence officials testified that “Russia can disrupt an American electrical distribution network “for at least a few hours” and is “mapping our critical infrastructure with the long-term goal of being able to cause substantial damage.”

According to the “Worldwide Threat Assessment” report, published by the Office of National Intelligence, the Kremlin presents a dire threat to America and its allies.

“We assess that Russia poses a cyber espionage, influence, and attack threat to the United States and our allies,” they wrote.

President Trump’s response was to tweet “Perhaps Intelligence should go back to school.”

On News and Guts, Harper outlines all the other times the President’s response to Russia has seemed suspiciously glib.

For example, as far back as the summer of 2016, Trump was warned by FBI officials that foreign agents—like Russia—would try to infiltrate his campaign. In September Trump praised Putin and refused to admit Trump advisors were engaging in multiple contacts with Russian agents.

In October, the Intelligence community published a report concluding Russia was trying to interfere in the US election. Candidate Trump once again downplayed the allegations, stating “[Hillary Clinton] has no idea whether it is Russia, China, or anybody else… Our country has no idea,” at the third Presidential debate.

In January, the Office of National Intelligence issued another report that found Putin directed a campaign to help Trump’s candidacy. Trump acknowledged that Russia probably tried to hack the elections, but added that other countries likely did as well. As Harper notes, days after Trump’s inauguration, the administration considered lifting all sanctions against Russia.

Harper lists a total of eight examples of Trump either whitewashing reports of Russian interference or enacting actions benefiting Russia despite evidence of Russian manipulation of US elections.

Read the entire timeline on News and Guts.