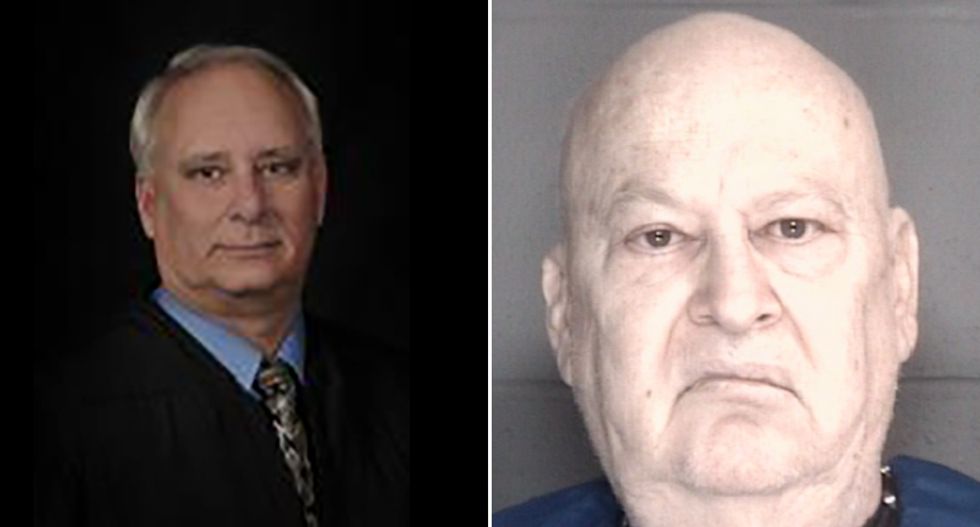 A Kansas judge is drawing strong criticism for his comments in a sex abuse case involving girls in their early teens and a 67-year-old man.

District Judge Michael Gibbens of Leavenworth County was being relatively lenient when he sentenced Ralph Soden to five years and ten months in prison for paying for sex with two girls (one 13 and one 14) he solicited over the Internet: that sentence was eight years less than what is recommended in Kansas sentencing guidelines. Prosecutors in the case, including Deputy County Attorney Joan Lowdon, recommended a sentence of 13 years.

Before sentencing the 67-year-old Soden, Gibbens commented, “I do find that the victims in this case, in particular, were more an aggressor than a participant in the criminal conduct. They were certainly selling things monetarily that it’s against the law for even an adult to sell.”

Gibbens also told the court, “I think that a 13-year-old who offered what she offered for money is certainly an aggressor, particularly since she’s the one that had to travel to Mr. Soden.”

Michelle Herman, president of the Shawnee, Kansas child advocacy center Sunflower House, was quick to denounce Gibbens’ comment as blaming the victims. Herman asserted, “These girls are minors and are the victims, not the aggressors. Sexual assault is never the victim’s fault. It doesn’t matter what the girls did or didn’t do—he is still the adult, and nobody deserves to be taken advantage of sexually.”

Haleigh Harrold of the Metropolitan Organization to Counter Sexual Assault, was also critical of the judge’s comments, saying, “Children and adults have very different life experiences and development…. It doesn’t mean those children are at fault in any way or have (an) opportunity to consent in a relationship with an adult.”

Journalist Claire Hansen weighed in as well, tweeting, “This is abhorrent.”