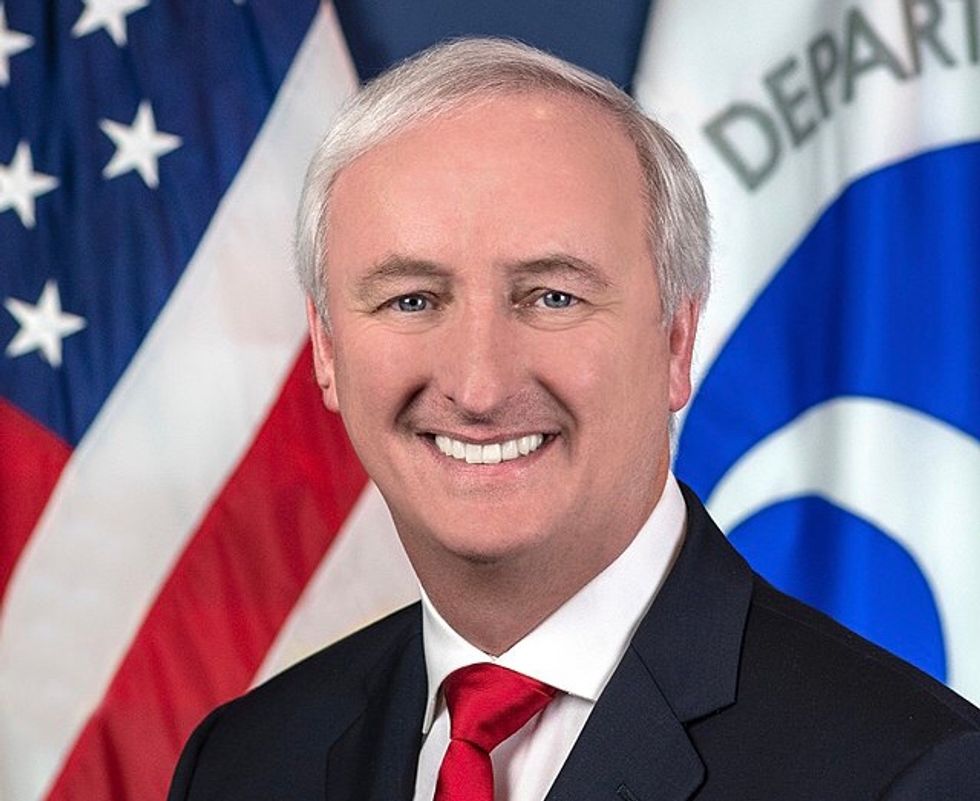 Last week, the Senate confirmed William Barr as President Donald Trump's new attorney general. The appointment is cause for worry because, in addition to being as retrograde on criminal justice reform as Jeff Sessions was, Barr is a tried-and-true Republican loyalist — as Attorney General for George H.W. Bush, he supported pardoning key actors in the Iran-Contra scandal, and has shown hostility to special counsel Robert Mueller's investigation of the Trump campaign's contacts with Russia.

Less attention has been devoted to Jeffrey Rosen, the Transportation Department official that Trump is tapping to replace Rod Rosenstein as Deputy Attorney General. But in fact, this is arguably an even more worrying development than Barr's appointment.

As former financial crimes senior adviser Julie Zebrak explained on Twitter, the Deputy Attorney General position is immensely important for the nuts-and-bolts operation of the Justice Department — and unlike Barr, who has actually been Attorney General before, Rosen has no experience in the department whatsoever:

Much being noted that DAG nominee Jeffrey Rosen lacks prior DOJ experience. Why this matters: DAG is the hardest jo… https://t.co/0IaKGcMbiL
— @JulieZebrak 🌻 (@@JulieZebrak 🌻) 1550632447

Rosen, will lack any experience over the subject matter for which they are seeking his approval, guidance, etc. Thi… https://t.co/WlC0LbkmhT
— @JulieZebrak 🌻 (@@JulieZebrak 🌻) 1550632922

Discovery, etc. Even in less raw times, a newbie to DOJ and someone without Criminal or prosecution experience woul… https://t.co/iXgYKEPsyP
— @JulieZebrak 🌻 (@@JulieZebrak 🌻) 1550633098

When you can’t pull from your own experience, gut, or judgment on topics of national or international significance.… https://t.co/7aIqrECz5E
— @JulieZebrak 🌻 (@@JulieZebrak 🌻) 1550633966

It is entirely possible, of course, that for Trump, lack of experience and intuition for how the Justice Department works could be a feature rather than a bug. Trump has often been frustrated by the fact that even raging partisans like Jeff Sessions understood enough about their job to protect the independence of federal investigations — and bringing in someone with no experience at the Justice Department could help him break its institutional norms and give marching orders to federal law enforcement.

If so, Rosen's appointment could be a more dangerous development than anything we have seen so far.