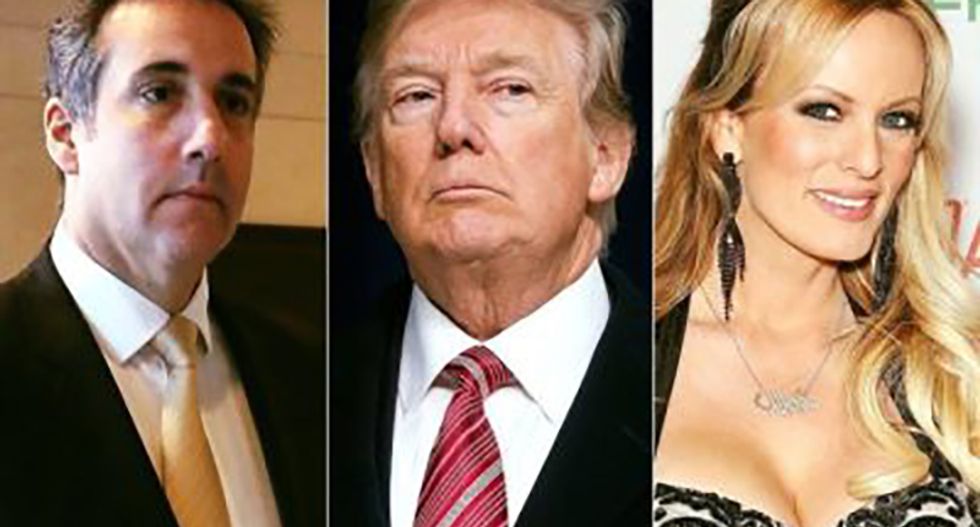 Former Trump "fixer" and personal attorney Michael Cohen released his prepared testimony late Tuesday night, ahead of his open-door testimony before Congress today. It is being called "earth-shattering," and a "bombshell," and it is.

Cohen's written remarks, published by The New York Times, span 20 pages. Here are eight of the most stunning "bombshell" revelations.

• Cohen lays out what experts say is conspiracy.

"He was a presidential candidate who knew that Roger Stone was talking with Julian Assange about a WikiLeaks drop of Democratic National Committee emails."

"Mr. Stone told Mr. Trump that he had just gotten off the phone with Julian Assange and that Mr. Assange told Mr. Stone that, within a couple of days, there would be a massive dump of emails that would damage Hillary Clinton’s campaign."

"Mr. Trump responded by stating to the effect of 'wouldn’t that be great.'"

• Cohen says Trump did not expect to win and his entire campaign was a money-making venture.

"Donald Trump is a man who ran for office to make his brand great, not to make our country great. He had no desire or intention to lead this nation – only to market himself and to build his wealth and power. Mr. Trump would often say, this campaign was going to be the 'greatest infomercial in political history.'"

• Trump knew about the Trump Tower Moscow project and indirectly told Cohen to lie about it.

"In conversations we had during the campaign, at the same time I was actively negotiating in Russia for him, he would look me in the eye and tell me there’s no business in Russia and then go out and lie to the American people by saying the same thing. In his way, he was telling me to lie."

"There were at least a half-dozen times between the Iowa Caucus in January 2016 and the end of June when he would ask me “How’s it going in Russia?” – referring to the Moscow Tower project."

• Cohen says he doesn't have proof of collusion but has "suspicions" it happened.

"Questions have been raised about whether I know of direct evidence that Mr. Trump or his campaign colluded with Russia. I do not. I want to be clear. But, I have my suspicions."

• He says Donald Trump Jr. told Trump about the now-infamous Trump Tower meeting with the now imprisoned Russian lawyer that Trump lied about and said was about Russian adoptions.

"I remember being in the room with Mr. Trump, probably in early June 2016, when something peculiar happened. Don Jr. came into the room and walked behind his father’s desk – which in itself was unusual. People didn’t just walk behind Mr. Trump’s desk to talk to him. I recalled Don Jr. leaning over to his father and speaking in a low voice, which I could clearly hear, and saying: 'The meeting is all set.' I remember Mr. Trump saying, 'Ok good...let me know.'"

• Trump is privately even more racist than he is publicly.

"Mr. Trump is a racist. The country has seen Mr. Trump court white supremacists and bigots. You have heard him call poorer countries 'shitholes.'"

"In private, he is even worse."

"He once asked me if I could name a country run by a black person that wasn’t a 'shithole.' This was when Barack Obama was President of the United States."

"While we were once driving through a struggling neighborhood in Chicago, he commented that only black people could live that way. And, he told me that black people would never vote for him because they were too stupid."

• Trump bragged about cheating the IRS.

"When telling me in 2008 that he was cutting employees’ salaries in half – including mine – he showed me what he claimed was a $10 million IRS tax refund, and he said that he could not believe how stupid the government was for giving “someone like him” that much money back."

• Cohen says he will give the Committee a copy of a check Trump signed reimbursing Cohen for the hush money payments. He allegedly signed it while in office as President, which means he likely has committed a crime while being President – an impeachable offense.

"I am providing the Committee today with several documents. These include:"

"A copy of a check Mr. Trump wrote from his personal bank account – after he became president - to reimburse me for the hush money payments I made to cover up his affair with an adult film star and prevent damage to his campaign."