Gwyneth Paltrow is a human after all? 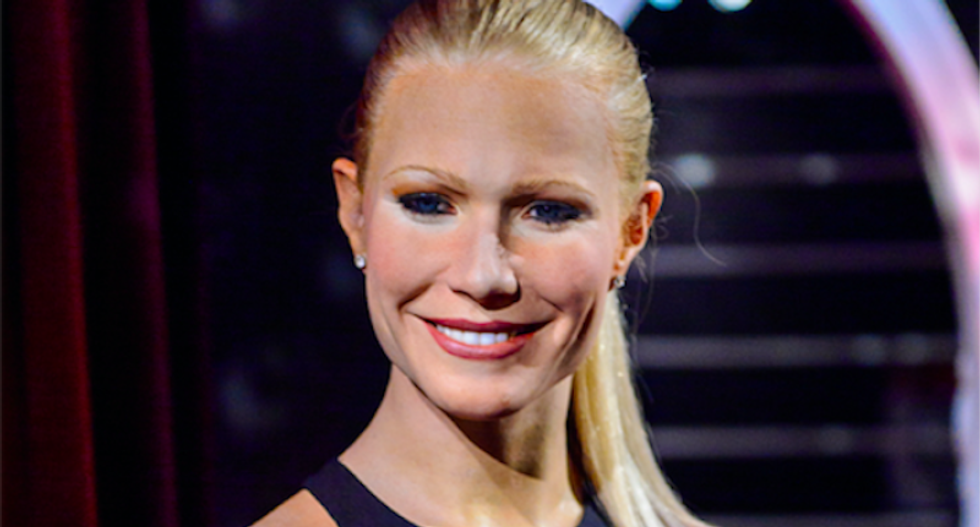 Actress and businesswoman Gwyneth Paltrow is many things. She's the face and mind behind the expensive and controversial beauty and wellness empire GOOP, which has featured products like the Jade Yoni Egg and Psychic Vampire Repellent. She's a mother to Apple and Moses Martin. She won an Academy Award and Golden Globe for best actress for her role in "Shakespeare in Love." And yet, Paltrow has become best known in recent years for pretentious, elitist one-liners that situate her so far outside of normalcy and reality that "unrelatable" does not feel like a strong enough word. Like when she took credit for popularizing yoga, or once said, "I’d rather smoke crack than eat cheese from a tin." In her words and actions and brand, Paltrow always appears not quite human — until now.

The actress is being sued by a Utah doctor who says Paltrow slammed into him while skiing back in February 2016. Terry Sanderson, 72, claims Paltrow was "skiing out of control," according to W Magazine, and that she knocked him down on the slopes at Deer Valley Ski Resort in Park City, causing him to suffer four broken ribs and a concussion. What's more, Sanderson alleges in the multimillion-dollar lawsuit that the situation was a "hit-and-run ski crash," as "Paltrow got up, turned and skied away, leaving Sanderson stunned, lying in the snow, seriously injured."

I think we can all agree that given what we know about Paltrow, the most shocking part of this story is that she isn't an expert skier, not to mention that she apparently doesn't confine her ski vacations to an exclusive, off-the-grid private slope in Switzerland. (To be clear, Deer Valley is still suitably luxurious for the likes of GP.)

The lawsuit was filed in Utah state court on Tuesday and also names Deer Valley ski instructor Eric Christiansen — alleged to be with Paltrow at the time of the crash — for failing to call for help and for "falsely" accusing Sanderson of causing the accident. Sanderson is seeking $3.1 million in damages from Paltrow, Christiansen and the resort for "negligent actions" — the equivalent of 41,333 monthly subscriptions to GOOP's "High School Genes," a supplement for women who've ever said, "My body isn’t responding to diet and exercise the way it used to."

A spokesman for Paltrow told multiple outlets that the lawsuit "is completely without merit," and "anyone who reads the facts will realize that." Her lawyers don't deny that a collision took place, however, but claim that Sanderson hit her, according to the Washington Post.

Sanderson said it was a "beautiful day" when he was skiing as part of a group on a beginner's slope (really, GP — a beginner's slope?!) and after seeing large signs as "big as two refrigerators" directing skiers to slow down, he curbed his pace. "Then, I heard this hysterical scream like you never hear on a ski run," he continued, in a press conference on Tuesday. "Never have I heard it in my life . . . like King Kong came out of the jungle or something."

Sanderson says he was hit in the back and that the force of the impact slammed him down, face first into the slope. According to Sanderson he was knocked out, but when he regained consciousness, "My ribs were really sore, and my brain felt like I’d been injected with novocaine," he added. "It was just numb, nothing was making sense." The lawsuit claims Sanderson also suffered a "closed brain injury," which in the press conference, his attorney compared to "shaken baby syndrome." (I honestly don't know why GP didn't just break out the GOOP "Re-Boot Aromatic Alchemy" here.)

Sanderson's attorneys claim that what Paltrow allegedly did was in violation of the National Ski Area Association’s Responsibility Code and the Summit County, Utah, ordinance, adding that such standards actually do apply "to celebrities, believe it or not."

"If you have a collision, doesn’t matter whose fault it is . . . it’s your duty to hang around and render aid, even if you didn’t cause it," Sanderson's attorney continued. "What Ms. Paltrow did that day was knock down Terry Sanderson, pick herself up, dust herself off and ski off, without rendering any help."

If Sanderson did in fact suffer all the injuries he said, that is tragic and all power to him to get some millions in return to cushion the damage. But either way, let us thank Sanderson for bringing to life Paltrow's very first flaw — that she is an unfortunate skier — and in turn making her a little bit more human.

Paltrow's identity as a wellness guru and as the mother of children who are fluent in multiple languages has been fortified by her obsession over controlling her image and the narrative around her. You can call her self-absorbed and snobby, but you can never describe her as messy, no matter the scenario (divorce included).

But the image of Paltrow "skiing out of control" or letting out a "hysterical scream . . . like King Kong came out of the jungle" while trying something new and failing at it — and then quickly escaping after a moment of humiliation — feels oddly human-like for the lifestyle queen.

So if Paltrow is in fact not a capitalist bot created to usher in the overpriced self-care industry boom, or the prototype for Tahani from "The Good Place," then how much of her true humanity  — and attendant messiness — has she been concealing all long? After she visited Sedona, Arizona, Paltrow famously said, "I’ll never forget it. I was starting to hike up the red rocks, and honestly, it was as if I heard the rock say: 'You have the answers. You are your teacher.' I thought I was having an auditory hallucination." Is this what a GP acid trip feels like?

Or on why she never gets drunk: "I think they’re the idiot people and I’m the normal person," Paltrow once said. "I think it’s incredibly embarrassing when people are drunk. It just looks so ridiculous. I find it very degrading. I think, oh, you’re really degrading yourself right now, to be this pissed out in public." No shameful hangovers in her past? The alleged skiing incident, as un-Gwyneth as it is, has us questioning everything.

Whether Sanderson's lawsuit has merit and the incident went down as he describes or this whole episode has been totally ginned-up for profit, it does suggest another side of Paltrow may exist — one where she is bad at stuff, where she can be careless or sloppy at times just like the rest of us. Dare we even imagine that GP too suffers moments of indignity?

Paltrow will likely deny Sanderson's account of events to the end of time, while somehow taking the opportunity to namedrop Beyoncé and Jay-Z as part of her defense. Or maybe she won't care at all that when we now picture Gwyneth on the slopes, we imagine her flailing and wailing, out of control, a danger to herself and others. As Paltrow once said, "I don’t hold on to fear as much as I used to, because I’ve learned a lot about genuinely not caring what strangers think about me. It’s very liberating. It’s very empowering, and I’ve learned a lot of that from Jay—Shawn Carter—Z, because his approach to life is very internal. It’s a very good lesson to learn." A good lesson indeed.