Filthy rich: How Amazon and Jeff Bezos duped cities with their devil's bargain — and how to stop it from happening again 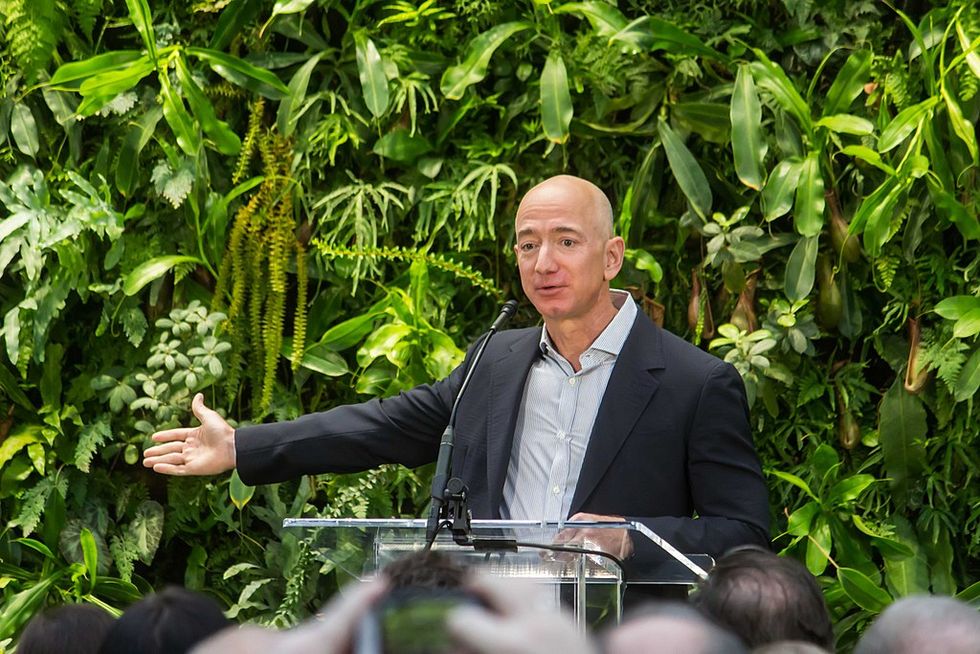 The richest man in the world, who heads one of the world's largest and richest corporations, is also filthy rich in arrogance and pomposity.

Jeff Bezos of Amazon has demanded that a city's officials kowtow to him by taking billions of dollars from their taxpayers and handing the bundle to his retail behemoth. In essence, he was demanding a bribe to locate an Amazon headquarters in this particular city. But — lo and behold — the city mustered its collective integrity and pride to say "no" to his devil's bargain!

The city I'm bragging on is not New York, which made national news last week by shoving away Amazon's attempt to fleece $3 billion from its taxpayers. Rather, I'm saluting San Antonio, Texas, which in 2017 simply refused to play Bezos' con game when he first rolled it out. While 238 cities and states groveled in front of the diminutive potentate, staging dog and pony shows in the perverse hope that he might choose their taxpayers to rip off, San Antonio's mayor and top county official sent a "Dear Jeff" letter kissing him off. The proud 300-year-old city has much to offer, they said, but any development deal "has to be the right fit; not just for the company but for the entire community," adding that "blindly giving away the farm isn't our style."

They wrote that a key criterium for awarding any incentives was whether a company was "a good corporate citizen." They then gently chided Amazon, noting that its so-called search for a new home was a money-grubbing scam. Surely, they said, such a data-driven corporation had "already selected its preferred location," and thus, "this public process is, intentionally or not, creating a bidding war amongst states and cities."

That is the core issue here. The media has mostly missed it — instead, outlets slammed the Big Apple with snide headlines like "New York Hates Amazon." No, the activists who spooked Bezos hate throwing billions of scarce public dollars at a pompous corporate prince who neither needs nor deserves such tribute.

City and state officials everywhere need to follow the examples of New York and San Antonio and agree to stop bidding against each other in the corporate bribe racket.

However, Amazon's attempt to squeeze subsidies from New York taxpayers had two very positive results: One, it shoved these immoral bribery schemes into the glare of the national spotlight. And two, it showed that outraged commoners can push back and push out a corporate bully that considered itself untouchable royalty.

These sweetheart deals between corporate and government officials are almost always consummated in the dark. But New Yorkers pulled the curtain on the sordid affair between CEO Jeff Bezos and Gov. Andrew Cuomo and — whoa! — even jaded New Yorkers were aghast at the buck-naked ugliness they saw. In a city with a housing crisis, a broken subway system and other crying needs for public investment, taxpayer funds were to be doled out to an $11 billion, monopolistic, tax-dodging, anti-union global colossus. Bezos, who has squirreled away a personal fortune of $137 billion, was even to be given his own helipad, rather than have to be chauffeured in his limousine through New York traffic or, God forbid, take the subway.

Yet, almighty Amazon turned out to be a fraidy cat, hissing furiously and scampering when ordinary people and grassroots leaders dared to denounce the hubris, greed and deceit behind this raw deal. Facing protest rallies and, worst of all, public questioning, Bezos & Company chose to flee rather than engage the community and find a way to become a good neighbor — starting by rejecting the money and apologizing for thinking that the people should pay for the company to move there.

Amazon's arrogance and abrupt retreat from New York opens the door to a national discussion about how to end these corporate shakedowns, which are now rampant across our country. It won't stop until We the People stop it. Indeed, half a dozen states went running to Bezos the moment he fled New York, begging him to take their tax dollars.

This sick civic cycle diverts public funds from infrastructure, education and other needs that actually create real economic growth for all. Let's join people in Arizona, Florida, Illinois and elsewhere who are pushing an interstate compact — the End Corporate Welfare Act — to stop trying to one-up each other in corporate giveaways. For more information, go to GoodJobsFirst.org.