'Entering enraged tyrant zone': Trump mocked for having the 'mental capacity of a child' after latest tweetstorm 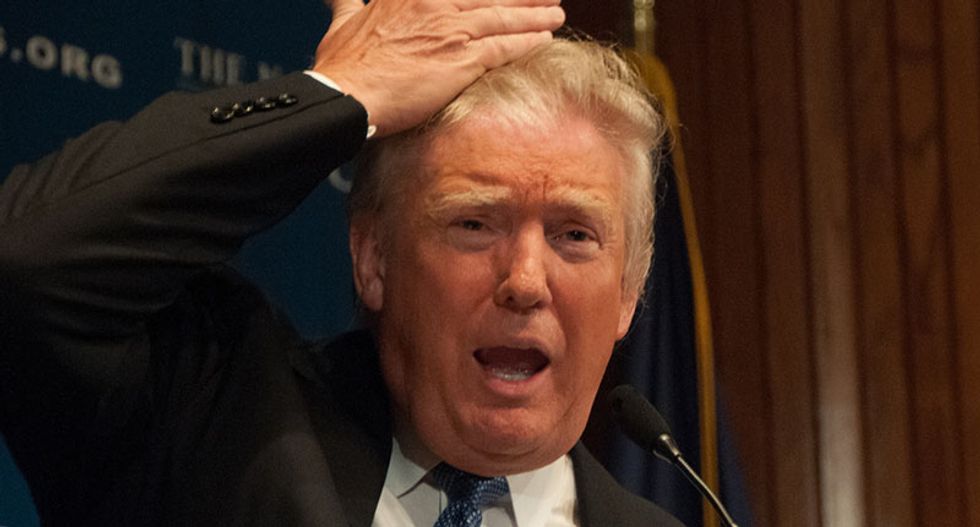 President Donald Trump wasted no time lashing out at Andrew McCabe after the former FBI Deputy Director revealed Thursday top officials at the Dept. of Justice were so disturbed by the President’s actions they seriously discussed if they could invoke the 25th Amendment to remove him from office.

The President went ballistic, posting to Twitter attacks against McCabe and his other top targets, that are among his most juvenile to date.

McCabe was fired as Deputy FBI Director literally hours before he would have been eligible for retirement and his pension, in what McCabe has insisted was a politically-motivated attack.

“Disgraced FBI Acting Director Andrew McCabe pretends to be a ‘poor little Angel’ when in fact he was a big part of the Crooked Hillary Scandal & the Russia Hoax – a puppet for Leakin’ James Comey. I.G. report on McCabe was devastating. Part of ‘insurance policy’ in case I won….,” Trump tweeted.

Disgraced FBI Acting Director Andrew McCabe pretends to be a “poor little Angel” when in fact he was a big part of… https://t.co/dfMDqNitPS
— Donald J. Trump (@Donald J. Trump) 1550155190

Nearly none of that is true.

“Many of the top FBI brass were fired, forced to leave, or left,” Trump tweeted, not acknowledging that he was behind those removals, including the ones of agents and officials who were forced out.

“McCabe’s wife received BIG DOLLARS from Clinton people for her campaign – he gave Hillary a pass. McCabe is a disgrace to the FBI and a disgrace to our Country. MAKE AMERICA GREAT AGAIN!”

Again, literally none of that is true.

On Twitter, many responded with mockery, disgust, and actual facts disproving his lies:

Your own former personal attorney stated that he couldn't allow you to sit down with Mueller without a written scri… https://t.co/v4Vf46I9Yh
— Bradley P. Moss (@Bradley P. Moss) 1550155488

On the anniversary of the Margery Stoneman Douglas mass shooting, on Valentine's day, the only thing on this guy's… https://t.co/At4sLN5ffT
— Loren Damewood (@Loren Damewood) 1550158522

Looks like little donnie had a big serving of panic for breakfast this morning. Must have gotten wind of something… https://t.co/HfTAKqodHl
— Savvy Troll (@Savvy Troll) 1550156277