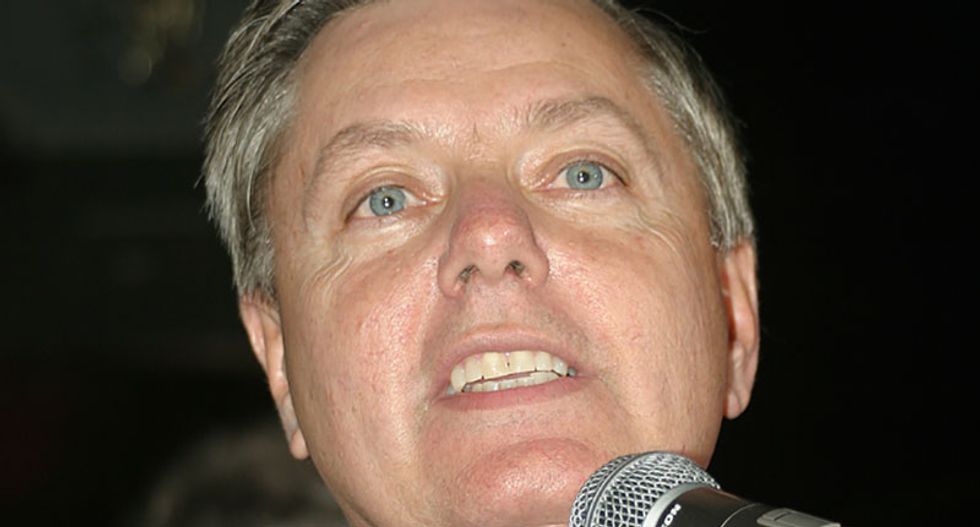 Vice President Mike Pence and a group of U.S. congressional representatives attended the Munich Security Conference last week, along with acting Defense Secretary Patrick Shanahan and Trump’s unofficial co-vice president, Ivanka Trump. Considering she has no official negotiating role for the United States and has never been confirmed or elected to anything, her presence was a mystery.

Now we are learning congressional representatives took the opportunity to meet privately with acting Defense Secretary Patrick Shanahan, a former Boeing executive, and it sounds like that meeting went over about as well as Pence’s speech. Maybe worse. The Washington Post has details on a contentious exchange between Sen. Lindsey Graham and Shanahan over Trump’s bizarre decision to immediately withdrawal from Syria, something that is widely seen as a benefit to ...(drumroll) … Vladimir Putin. Here’s the exchange:

“Are you telling our allies that we are going to go to zero by April 30?” he asked Shanahan, according to Graham.

“Yes, that’s been our direction [from the president],” Shanahan replied.

Graham then launched into a list of consequences he feared would result from a precipitous U.S. withdrawal from Syria without a follow-up plan: The Islamic State would return, Turkey would attack Kurdish forces, Iran would gain the advantage. Graham asked Shanahan if he disagreed with that analysis.

“Well, if the policy is going to be that we are leaving by April 30, I am now your adversary, not your friend,” Graham told the acting Pentagon chief, according to Graham. (Several other lawmakers confirmed this exchange.)

The confrontation was bipartisan.

Inside the meeting, after Graham confronted Shanahan, several other lawmakers from both parties chimed in, warning Shanahan of what they believed were the risks of Trump’s Syria withdrawal plan. They implored Shanahan to persuade the president to change course. Several lawmakers told me Shanahan stood silent, like a “deer in the headlights.” They said he failed to articulate a substantive response — other than to reiterate these were Trump’s instructions.

Sounds great, right? Trump’s acting defense secretary was not only unable to defend the decision to withdrawal from Syria, but he stood around like a “deer in headlights,” parroting Trump talking points, even conceding that this could be a disastrous decision. The decision to abruptly withdraw U.S. troops from Syria, which was not based on U.S. intelligence or the advice of military leaders, was the reason former Defense Secretary James Mattis resigned.

In case you missed it, here are the brutal clips mentioned above.

Ivanka Trump is the only person in audience who doesn’t applaud after Angela Merkel points out the absurdity of Tru… https://t.co/8Cspkai0eT
— Aaron Rupar (@Aaron Rupar)1550343351.0