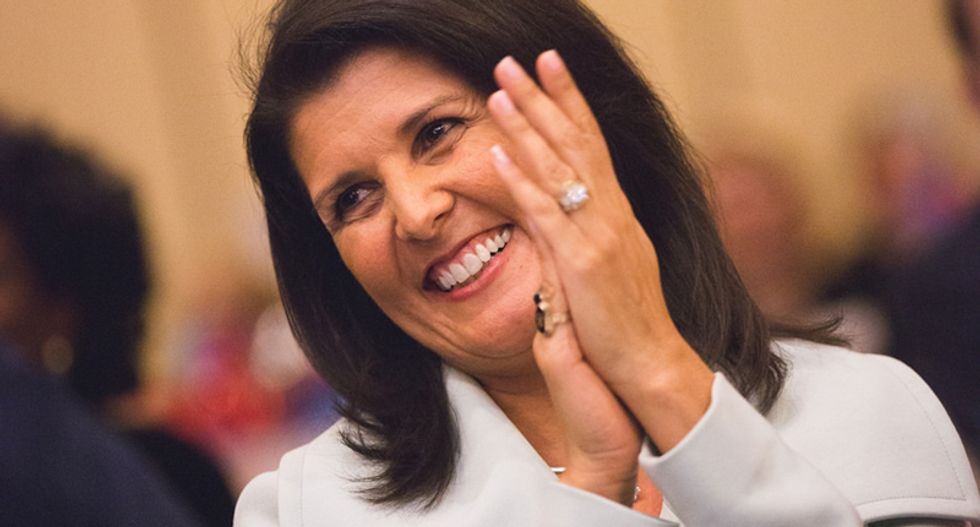 Former U.S. Ambassador to the United Nations Nikki Haley is expected to join the board of directors for weapons systems and aircraft maker Boeing on April 29 – a continuation of the Washington revolving door system between government and private corporations.

"It's an honor to have the opportunity to contribute to Boeing's continued success as a cutting edge industry leader and a great American company," Haley said in a statement.

News of the Boeing appointment came less than 24 hours after Haley announced she was forming a new policy group, "Stand America Now."

Haley, who was Governor of South Carolina from 2011 to 2017 before accepting the ambassador's position in the Trump administration, left her U.N. post at the end of 2018 after almost two years at the position. She's been mentioned as a possible future presidential contender and is frequently referred to as a possible foil for the president she served under.

For now, though, Haley seems intent on cashing in. She’ll join Boeing's board as the company deals with difficult decisions about its future growth.

Haley’s nomination comes as Boeing grapples with a major decision: whether to launch an all-new jetliner known as NMA, a midsize plane that would serve a niche market falling between narrow- and wide-body aircraft.

The company's work on airliners was not, however, the main source of concern for critics of Haley's appointment. Rather, commenters on social media wryly noted the appropriateness of the former ambassador making a lateral move to a company that deals in war. Boeing is one of the largest defense contractors in the U.S., pulling in $20.5 billion in Pentagon for 2018.

The “adult in the room” who could “talk tough” at the UN just became a war profiteer. Love this country! https://t.co/4NitckT5cB
— District Sentinel (@District Sentinel) 1551192809

Congrats to @NikkiHaley on having her incessant warmongering pay off so quickly & lucratively. And congrats to… https://t.co/SE0yY7xjDG
— Glenn Greenwald (@Glenn Greenwald) 1551200818

Boeing's board will vote on whether or not to approve Haley's appointment on April 29. It was not clear if she will replace a board member or if a seat has been created for her.