'Almost certainly false': Trump claims he's not a subject or a target of the Russia investigation 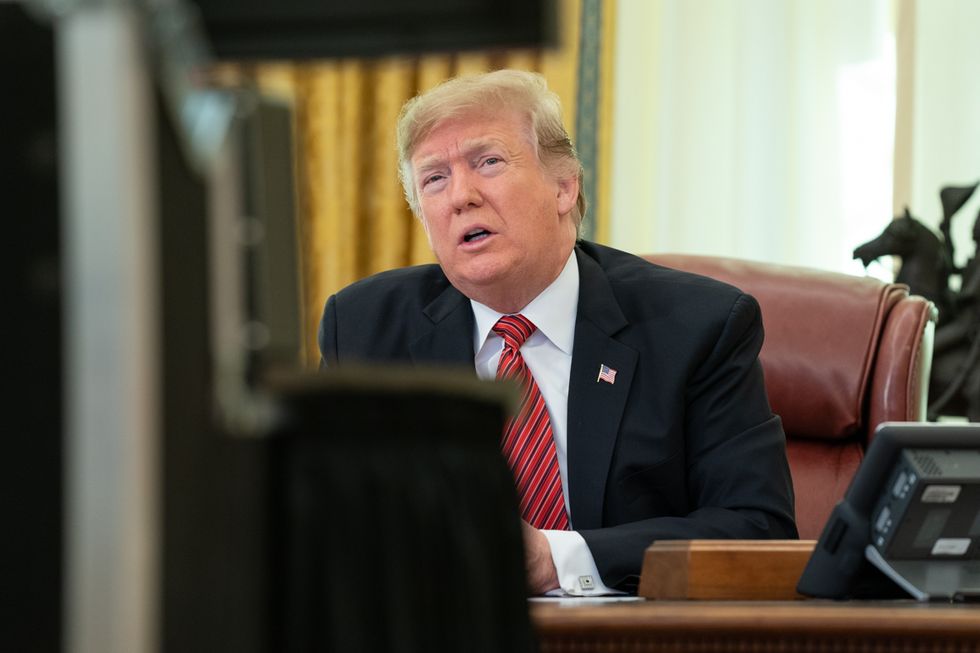 In a new interview with the New York Times Thursday night, President Donald Trump made the perplexing claim that Deputy Attorney Rod Rosenstein has said that he is neither a target nor a subject of Special Counsel Robert Mueller's Russia investigation.

"He told the attorneys that I’m not a subject, I’m not a target,” Trump said.

However, when asked if this was true of other investigations, such as the Southern District of New York prosecutor's investigation into campaign finance violations, in which he has already been implicated, Trump said, “I don’t know about that.”

"There is no serious question that he is a subject of the investigation, as has been previously reported," said former federal prosecutor Renato Mariotti. Mariotti added, "That is almost certainly false."

A "target" of an investigation is someone that investigators believe they are likely to charge with crimes, while "subjects" are people whose conduct may fall within the scope of the investigation, and they may at some point become targets if wrongdoing is uncovered.

Reports have previously suggested that Trump is not a "target" of the investigation but is instead a "subject." Some have speculated that this designation might reflect the fact that Trump, as president, cannot be indicted according to Justice Department guidelines, so he cannot be a target by definition.

However, given Mueller's questions for the president and his intense interest in interviewing Trump, which the president has repeatedly discussed publicly, it's difficult to see how Trump would not be a "subject" of the probe. It's possible Trump was stumbling over his words in his comment to the Times, accidentally saying "subject" when he meant "target." Or it may be that he doesn't know the difference between a "target" and a "subject" in an investigation.