'You won't give me what I want': New report shows Trump's petty attempts to leverage shutdown 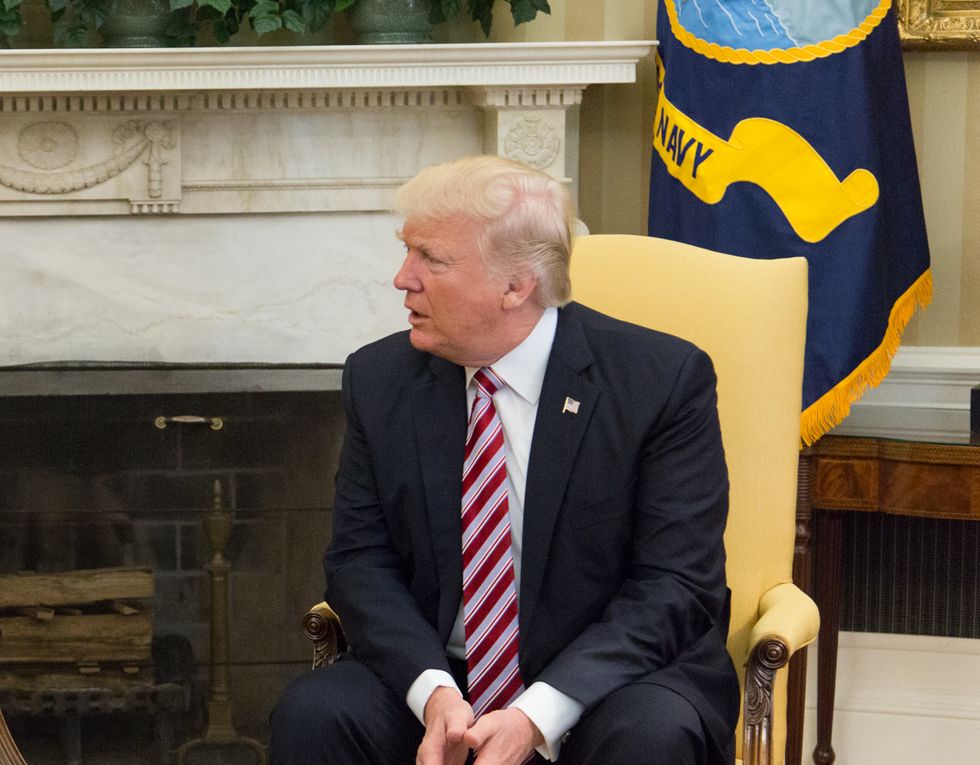 Wednesday's meeting between President Donald Trump and Democratic leaders to try to end the shutdown he caused in an attempt to get his border wall did not end well. After House Speaker Nancy Pelosi (D-CA) told Trump she was not supporting his wall, he reportedly slammed a desk, then stormed out of the room and cut the meeting right there, calling it a "total waste of time."

That display revealed a lot about the president's tenuous position in this fight. But there was another moment that captured the true, futile cruelty of Trump's demand.

According to CNN, at one point Senate Minority Leader Chuck Schumer (D-NY) demanded to know why Trump was using the livelihood of federal government workers as pawns, and why he couldn't just reopen the government and negotiate border policy as part of a separate bill.

Trump's response: "Because then you won't give me what I want."

That says two things about Trump. First, he knows that he doesn't have the votes for his wall in the House (where Democrats have the majority) or the Senate (which is controlled by Republicans but where 60 votes are required to beat a filibuster). There is no urgency among the public, and by extension their elected leaders, to build a wall — it is very unpopular in polls, it wouldn't work, and border crossing arrests are actually at their lowest levels in decades. This is why Trump needed to force a government shutdown: to manufacture an artificial sense of urgency for a pet issue he couldn't convince the nation was a crisis.

Second, it is clear Trump doesn't care about the harm he is doing the country by keeping the government shut down. Some 800,000 federal workers have either been furloughed or are working without pay. TSA officers at some airports are calling in sick in droves to avoid unpaid duty. Our national parks are filling with garbage. FDA food safety inspections have stalled. Millions of people relying on food stamps, public housing assistance, and even tax refunds could see benefits cut or delayed. But Trump is viewing all of these mounting problems as just more leverage to use against Democrats.

The shutdown has ultimately become a test of whether Trump's ego can outlast everything else. And nothing better demonstrates that than his disastrous meeting with Democratic leaders.