With a limited on-screen presence, autistic characters have emerged in another medium: fan fiction 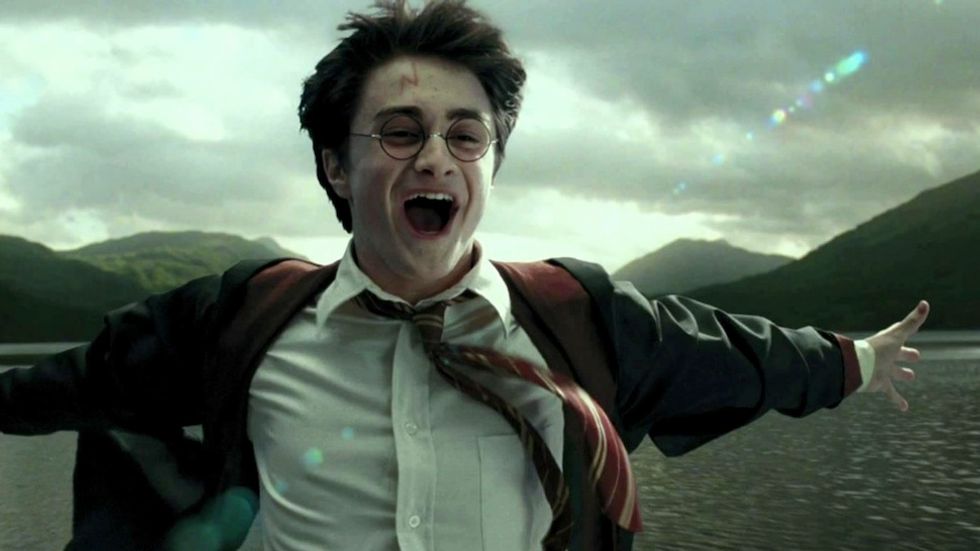 It isn’t her performance on an exam in a potions course that she’s concerned about. Instead, the higher-ups at Hogwarts had ordered she undergo some psychological tests. They had noticed how quickly she talked, along with her nervous tics.

Hermione eventually sees the results: “I stared at my parents, blinking my eyes. I knew the results would be here today, but I didn’t think the outcome would be like this. Asperger, the paper said.”

In this piece of fan fiction, Hermione Granger has been diagnosed with autism spectrum disorder.

As scholars of fan fiction and young adult literature, we started noticing how some fan fiction authors were incorporating autism into their stories – sometimes through new characters and other times by rewriting existing ones.

Since then we’ve been collecting and analyzing fan fictions in which young writers have created characters with autism.

These amateur writers seem to be eager to create the kinds of characters they aren’t regularly seeing in the media. The Harry Potter universe, in particular, has emerged as a popular setting.

The importance of autistic characters

According to the Centers for Disease Control and Prevention, approximately 1 in 59 children is diagnosed with autism, a word that covers a spectrum of conditions that psychologists refer to as autism spectrum disorder.

How autism manifests can vary greatly from person to person. Some experience significant disability, while others experience milder forms of cognitive difference and social discomfort.

But one thing is clear: Diagnoses have increased in the past 20 years, with the National Autism Association identifying autism as the “fastest growing development disorder.”

At the same time – outside of a couple of notable examples, like Dustin Hoffman’s character in “Rain Man” and Julia from “Sesame Street” – there continues to be a dearth of autistic characters in books, television shows and films.

Yet these media portrayals are extremely important: Accurate portrayals of autism can help people understand the complexities of this condition. Nonexistent depictions – not to mention misleading ones – foster misinformation and bias.

In 2015, Sonya Freeman Loftis, an assistant professor of English at Morehouse College, published “Imagining Autism: Fiction and Stereotypes on the Spectrum,” one of the few academic studies to take up the representation of autism in fiction.

Loftis critiques stereotypical depictions of autism in a range of fictional narratives, such as the character of Lennie in Steinbeck’s “Of Mice and Men,” a figure whose disability is linked to sexual violence.

But she also points out that positive representations of autism spectrum disorder can actually highlight some of the strengths that those with autism possess: attention to detail, high levels of concentration, forthrightness, dedication and strong memory skills.

Activists and scholars like Loftis have argued that people diagnosed with autism spectrum disorder should be more justly and accurately understood as “neurodiverse”: If neurological faculties exist on a continuum, theirs could simply be thought of as “different” from the statistical norm.

If major studios and publishing companies express little interest in telling stories about people with autism, who can fill the void?

Fan fictions and other forms of do-it-yourself media-making are an outlet for people to explore issues that are often missing from mass market and popular entertainment.

Some of the most famous examples from fan fiction take place in the Star Trek universe, particularly those that imagine a gay relationship between Captain Kirk and Mr. Spock. In doing so, fans were able to integrate queer plots and themes into Gene Roddenberry’s science fiction universe at a time when few gay relationships were appearing on TV.

Given the paucity of mass media representation of autism, we wondered if young people might be using fan fiction to explore this complex topic.

Beginning in 2016 – and working with University of California, Irvine graduate student Vicky Chen – we started analyzing the writings that have appeared on a hugely popular fan fiction clearinghouse.

After selecting for categories such as “neurodiverse” and “differabilities,” we noticed that a number of stories set in the Harry Potter universe seemed to have autistic or neurodiverse characters. We collected and coded these stories, and are set to publish our findings in a forthcoming essay in the Journal of Literacy Research.

By extension, the stories promote an understanding of autism as something that isn’t scary or horrific.

In one story, for instance, the writer creates a new character, Albus Potter, the son of Harry Potter, who is autistic and newly enrolled in Hogwarts. In the story, Albus initially has difficulty forming relationships. But he ultimately finds friends in houses as diverse as Gryffindor and Slytherin.

His overprotective mother tries to shield him from ridicule by students and even some biased faculty. But she’s challenged by others, including her husband, who suggests that “Albus can do a great many things that people have said he couldn’t.”

The ‘magic’ of autism

Why the Harry Potter universe?

We reasoned that many of these young writers are still in school and likely huge fans of Harry Potter, so the choice of Hogwarts as a common setting isn’t surprising.

But many of the young authors also linked autism to a kind of “magic” or ability that could be understood at Hogwarts as special – even advantageous – in ways that “muggles,” or normal people, wouldn’t see. In all of the stories we analyzed, everyone with autism also has magical abilities.

In other cases, autism isn’t depicted as an impairment or a challenge to overcome. Instead, it simply appears as a “difference” – a portrayal that’s aligned with the goals of those who argue that autism should be thought of as a form of neurodiversity, not as an illness or disability.

Perhaps most significantly, this research points to the ways in which young people can craft complex representations of autism that the media shies away from.

We can’t say when positive representations of autism will move from fandom to the mainstream.

But until then, these young writers are quietly doing the work to help dispel stereotypes and generate understanding – perhaps even appreciation.