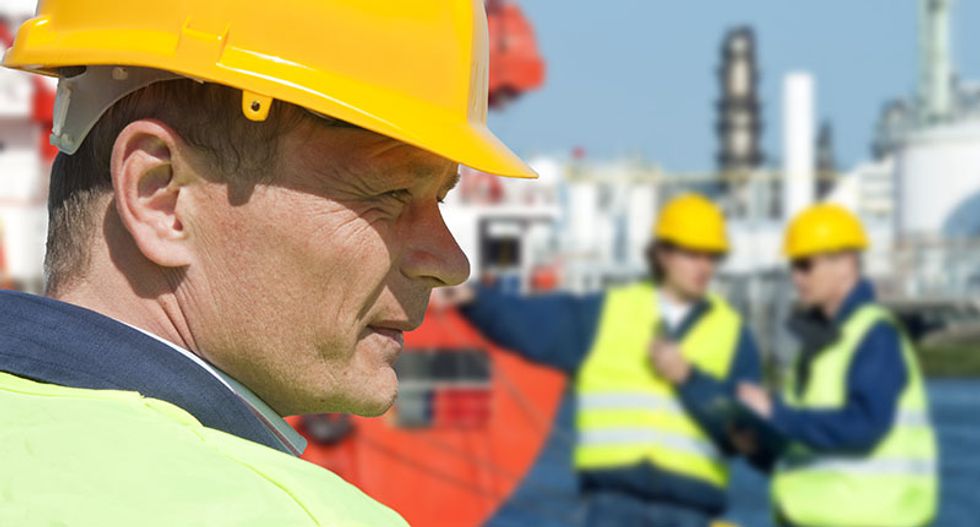 President Donald Trump’s proposed border wall, and the continuing shutdown of the federal government over it, is only the most recent symbol of the increasing schism in American public life. Despite extensive debate, there is no easy solution to reconcile the so-called red America–blue America divide.

Certainly, facts don’t seem to matter to Trump’s supporters. The wall won’t stop immigration, an outstanding analysis by the Cato Institute’s David Bier shows. Nor will it affect distribution of the deadliest drugs (by far) identified by the Drug Enforcement Administration, opioid pharmaceuticals. (We might as well shut down all travel to the U.S. from the U.K. and Ireland, and build separate walls around Connecticut and New Jersey, to cut off the largest pill suppliers.)

As Trump’s hardcore Republican base of some 50 million to 60 million voting adults becomes more extreme and intransigent and the larger, anti-Trump resistance grows, will some sort of national partitioning be the only way to avoid violent repressions and confrontations? The word secession pops up in heated political moments, but it hasn’t gained much traction since the Civil War until recently. For example, one-third of voters in Texas and California are open to secession—for opposite reasons.

Consider a negotiated compromise along the lines of Switzerland’s autonomous cantons. America’s urban and liberal areas would be allowed expansive powers to retain most revenues and govern themselves as the “Blue State,” protecting immigrants, civil rights, environmental regulations, and public services. In exchange, Trump supporters could establish their own largely self-governing, fiscally independent “Red State,” uniting strongly conservative, mostly White areas under the rubric of restricting immigration and codifying right-wing policies.

Assume further the new Blue State and Red State would roughly reflect the demographics of their respective voters and urban/rural bases. About half of Blue’s adults would be Whites age 30 and older; the other half would include younger Whites and a significant non-White population. In contrast, 80 percent of Red’s adults would be over-30 Whites.

This is where a massive, structural problem intrudes—one that might point to a path away from national breakup and toward practical reconciliation.

That’s because the Red State would quickly fail. The reason is a natural limit demographers call the “dependency ratio.”

The age distribution of Trump’s backers indicate their rural/small-town Red State would have fewer than three working-age people (defined here as ages 20 through 64) to support each of their state’s numerous residents age 65 and older. That is far fewer than the four or more workers per senior a Western society needs to generate the necessary production and revenues to fund Social Security, Medicare, and basic public infrastructure and supply goods and services. The aging population also could not appreciably raise White birth rates on its own.

Crises would mount. The loss of revenue generated by Red State’s small workforce would yield increasingly severe deficits. Heavy taxation of workers and loss of services to elders would diminish quality of life and drive out younger people. Even with outside subsidies (which would undermine the state’s independence), such a state would have to import millions of younger “guest workers,” overwhelmingly non-White, to survive (which would reignite White anxiety).

The troubles of the Red State would stand in contrast to the robust economic prospects of the mostly urban Blue State, now rid of tens of millions of dependent elders. Blue would have a balanced ratio of four to five workers per senior. With a generally better-educated workforce, better public services, and access to global markets, it would generate more than enough production and revenues to fund senior needs and social investments.

Right-wing voting and austerity policies exacerbate economic and social crises in those rural communities—and yet those crises paradoxically seem to reinforce intense support for Trump. Meanwhile, even as both Americas struggle with wealth inequality, the favorable demographics of healthier cities underlie their booms in investment and infrastructure improvements accompanying plummeting crime and violence.

This simple demographic reality may eventually achieve what endless political quarreling, court tests, and even elections can’t—American reconciliation. At present, politics and institutions seem powerless to unite Americans. Trump supporters politically act so differently from other Americans, fearing other races and lifestyles, that White conservatives may be fundamentally unable to live with diversity and egalitarian democracy. On the other side, liberal, mostly urban zones will not accept right-wing onslaughts on environmental standards and the civil rights of immigrants, people of color, and LGBTQ people.

Progressives need to emphasize the facts of dependency and support to refute the Right’s xenophobic crusade against immigration and diversity—first, to preserve immigration and immigrant rights; second, to push for democratic, one-person-one-vote representation as the antidote to racialized advantage; and third, to adopt a global perspective to replace the narrow, short-term mindset of nationalism.

Attempting to “win back” rural voters with conservative rhetoric will be disastrous (it didn’t work for Bill Clinton or Joe Biden). Pro-diversity perspectives reflect the demographics of survival.