'We're getting soft': Kentucky governor suggests kids should be forced to go to school in life-threatening weather 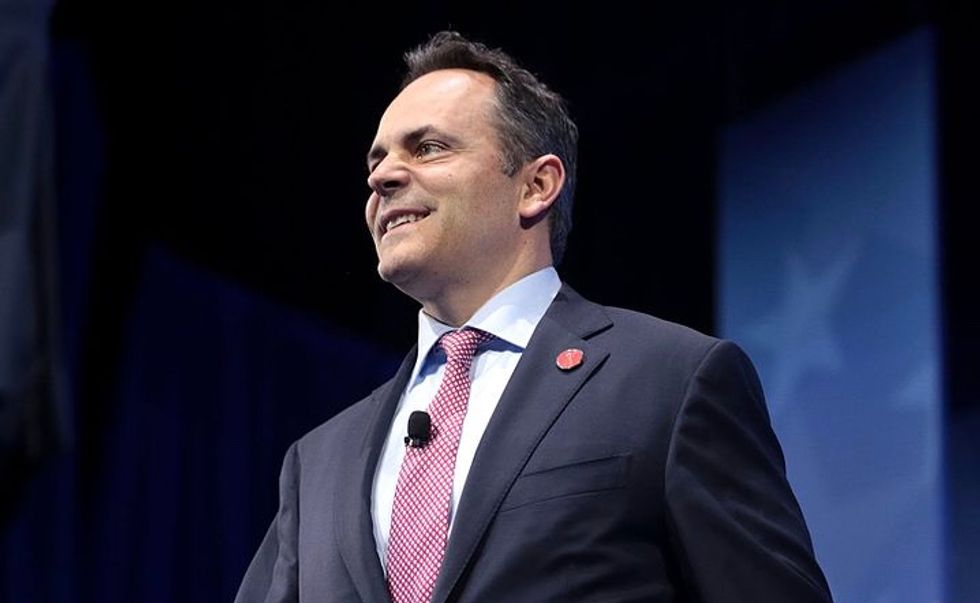 A ferocious cold snap has hit large sections of America, with some parts of the Midwest forecast to be colder than Antarctica tomorrow. One hard-hit state is Kentucky, where temperatures in the southeastern regions will drop well below zero with wind chill, prompting schools to shut down.

But GOP Gov. Matt Bevin is disgruntled by the fact that schools are taking a safety precaution for the well-being of kids.

"It does concern me a little bit that, in America, on this and many other fronts, we're sending messages to our young people that if life is hard, you can curl up in the fetal position somewhere in a warm place and just wait until it stops being hard,"

Bevin said. "And that just isn't reality. It isn't."

Bevin was immediately excoriated on social media for suggesting kids should have to walk through life-threatening cold temperatures and risk frostbite or hypothermia to get to class:

@AmyMcGrathKY He has no idea what we see in schools. Too many of my students don’t make eye contact with an adult… https://t.co/WNMbGrh6Qm
— innameonly (@innameonly) 1548811515

Bevin has shown little concern for the welfare of schools in general. Last year, a bill he signed to gut teacher pensions led to a massive teacher strike. He responded by saying that striking teachers would be responsible for any students left at home being molested, which only outraged teachers further. In the end, the GOP legislature passed education funding increases over Bevin's veto, and the Kentucky Supreme Court struck down his pension changes.

Kentucky is one of three states, along with Louisiana and Mississippi, that hold their gubernatorial elections in 2019. Bevin, who is now seeking a second term, is deeply unpopular. He is facing a strong bench of Democratic challengers including state attorney general Andy Beshear, state House Minority Leader Rocky Adkins, and former state auditor Adam Edelin.