USA Today publishes devastating op-ed: Trump Tower Moscow project was ‘an extraordinary conflict of interest that was concealed from voters' 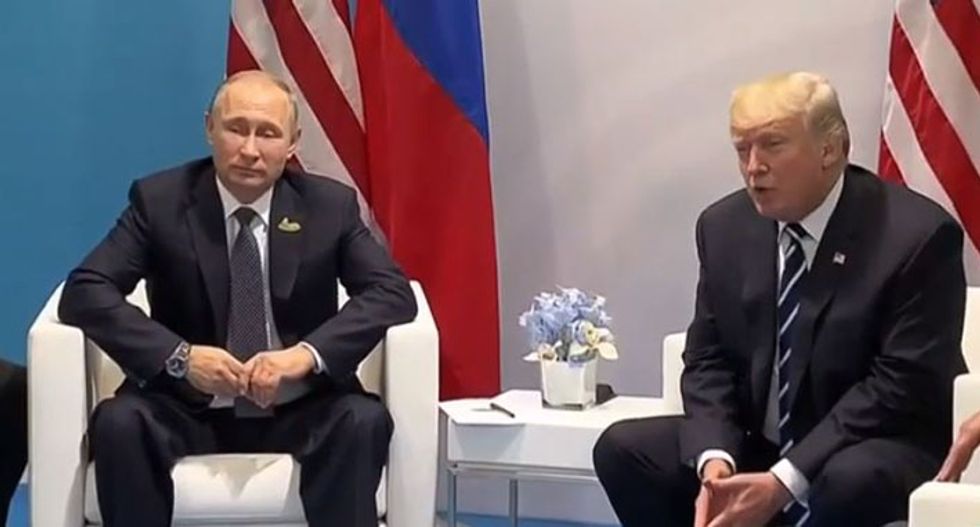 It remains to be seen what special counsel Robert Mueller will reveal in his final report on the Russia investigation. But one “Trump/Moscow link,” USA Today asserts in a January 22 staff editorial, cannot be overlooked: Donald Trump pursued a Trump Tower Moscow project during the 2016 presidential election—which the publication denounces as “an extraordinary conflict of interest.”

“There’s one Trump/Moscow link where the emerging evidence is already as damning as it is disturbing: during much, if not all, of Trump’s campaign, he sought to enrich himself by pursuing a luxury hotel/condominium/office deal in Russia known as Trump Tower Moscow,” USA Today stresses. “And as a candidate, Trump repeatedly misled or lied to voters about his business with Russia.”

USA Today’s editorial notes that in July 2016, for example, Trump told reporters, “I have nothing to do with Russia.”

In November, Trump’s former personal attorney, Michael Cohen (who has been sentenced to three years in prison for crimes ranging from tax and bank fraud to campaign finance violations) admitted to lying to Congress in 2017 about the Trump Tower Moscow project. And USA Today points out that “court filings by Mueller in November make clear that negotiations led by Trump lawyer Michael Cohen continued through at least June 2016.”

The editorial observes that Trump had real estate goals for Moscow long before the 2016 election. In a 2007 deposition, Trump said, “We will be in Moscow at some point.”

USA Today concludes its editorial by emphasizing that even though it remains unclear when the Trump Tower Moscow deal fell apart, the fact that Trump’s company pursued it at all when he was running for president is troubling.

“Exactly when the Trump Tower Moscow ‘opportunity’ collapsed remains murky…..But whether Trump was pursuing the arrangement until he clinched the Republican nomination, or right up until he was elected president, isn’t the main point,” USA Today asserts. “What matters is that a presidential candidate was secretly negotiating a major business deal with a major U.S. adversary—an extraordinary conflict of interest that was concealed from voters.”