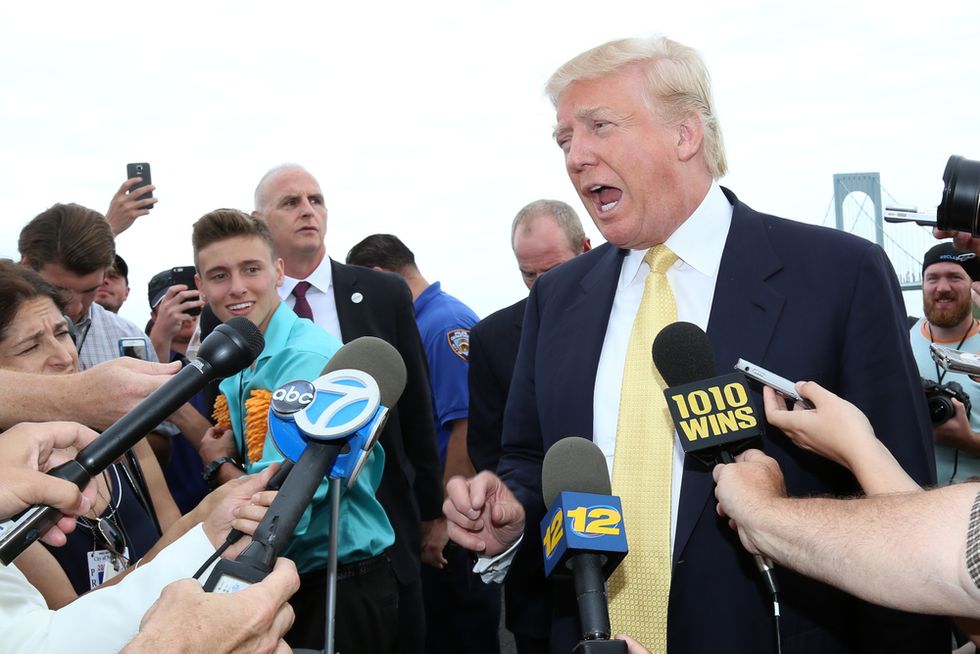 Longtime reporter Kurt Eichenwald explained over the weekend how President Donald Trump has leveraged a “mental illness” to help him lie to people over the years.

In a series of tweets on Sunday, Eichenwald recalled interacting with Trump while he was a business reporter in 1987. Trump has a pattern of lying to reporters anonymously to get favorable media coverage, Eichenwald said.

“I have known Donald Trump since 1987,” Eichenwald wrote. “Like everyone else who knows him well, before he became a politician, I know he is liar, a narcissist, and eventually I knew he was mentally ill. At that time, he professed to be a democrat. This had nothing to do with politics.”

Eichenwald remembered pitching an editor a story after Trump lied about a stock trade.

“The editor did not even look up from his computer and said the words I remember to this day: ‘Dog [bites] man. Donald Trump lies,'” Eichenwald said. “In other words, everyone in the financial world KNEW Trump was a pathological liar, in 1987. Proving it was like proving the sun rose in the morning.”

Read all of Eichenwald’s tweets below to learn how Trump’s alleged mental illness was a benefit to him when lying to media outlets.

2...so, how long did it take to conclude all this about Trump? Three phone calls for everything but the mental illn… https://t.co/Q7qh6vqqww
— Kurt Eichenwald (@Kurt Eichenwald) 1547409449.0

6...to load up on Alexanders shares partly because of that. He then told me to identify him as an analyst to explai… https://t.co/sHtDOfJgAV
— Kurt Eichenwald (@Kurt Eichenwald) 1547409910.0

9...story really captured who he is, and bragged about himself in a way that seemed bizarre. I couldn't understand… https://t.co/pY3zNQusQD
— Kurt Eichenwald (@Kurt Eichenwald) 1547410243.0

15...and said it would be an interesting story that Trump was purposely calling people to pretend brilliance in a l… https://t.co/LyFMudyWJw
— Kurt Eichenwald (@Kurt Eichenwald) 1547410703.0