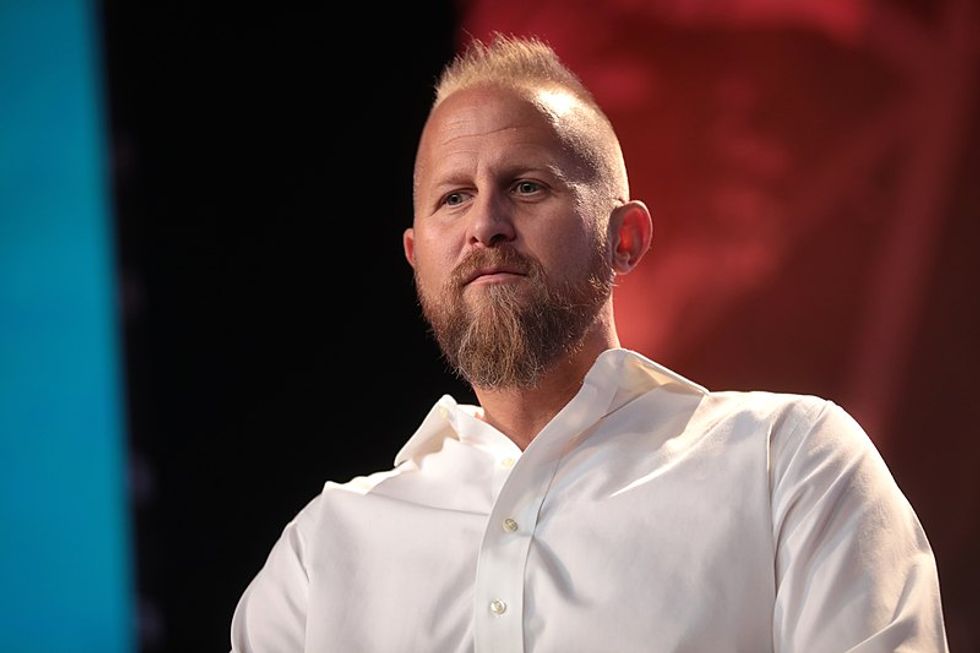 President Donald Trump has no apparent exit strategy to defuse the government shutdown he has caused, and his supporters are desperate for him to score a "win" against House Speaker Nancy Pelosi (D-CA) and Senate Minority Leader Chuck Schumer (D-NY) as polling shows Trump's position crumbling.

But their newest stunt to try to protest for the wall is completely absurd.

On Friday, Brad Parscale, Trump's 2020 campaign manager, urged Trump supporters to mail bricks to Pelosi and Schumer — and linked them to a campaign site that allows them to pay to do it:

Since Chuck and Nancy keep stonewalling the President, we’ll send the wall to them, brick by brick, until they agre… https://t.co/Sm07USBVqs
— Brad Parscale (@Brad Parscale)1547837782.0

Confused by the strategy here: is the goal for Pelosi and Schumer to send the texts?
— Gideon Resnick (@Gideon Resnick)1547838286.0

@parscale Is Mexico paying for these bricks, or are you trying to get the American people to pay for these too?
— Matt McDermott (@Matt McDermott)1547838372.0

Imagine the contempt for your followers you'd need to have to try this gutter level of cheap grift on them https://t.co/BK1U0UJpM7
— Greg Sargent (@Greg Sargent)1547843752.0

But this campaign is more than just ridiculous — it's dangerous.

Although the fine print makes clear that this whole thing is a glorified fundraiser and the bricks are fake, there is every chance that some disgruntled Trump supporter could see this and decide to take matters into their own hands. There actually was a case in 2010, during the height of the Tea Party protests, when vandals hurled a brick through the office window of the late Rep. Louise Slaughter (D-NY). Just last year, the Florida pipe bombing case was a horrifying example of what happens when political rhetoric heats up.

The desperation of Trump and his allies to not give in is palpable. But the shutdown is causing enough damage without adding in a campaign stunt perfectly calibrated to conjure violent images and make tempers flare.