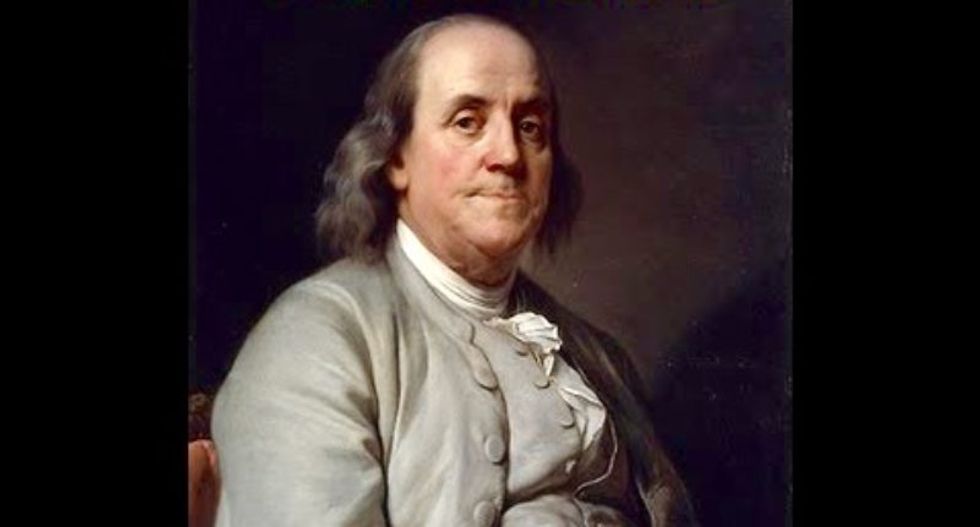 In the midst of a national (non-)dialogue about immigration, one major sticking point has been the belief promoted by Donald Trump that immigrants crossing the southern border are criminals, slinking northward like reptiles to spread their venom.

Speaking at the Conservative Political Action Conference in February 2018, Trump read a poem that he had frequently recited during his campaign to discuss immigration. The poem (first written as a song in the 1960s) tells the story of a woman who rescues a freezing snake but is bitten after she revives it. The last stanza is a dialogue between the woman and the snake: “I saved you, cried the woman, and you’ve bitten me.  Heavens why?/ You know your bite is poisonous, and now I’m going to die./  Oh, shut up, silly woman said the reptile with a grin./ You knew damn well I was a snake before you took me in.”

Trump’s unsupported allegations that immigrants are “animals, not people” may find a popular reception among many Americans because the association between immigrants, criminality, and reptility goes back to a period well before the founding of the nation. The sticking point in the national dialogue might be removed if citizens had more information about the cultural origins of the belief that immigrants are felons—the legal equivalent of rattlesnakes.

After the establishment of the British colonies in America in the early seventeenth century, it became a common practice in England for authorities to round up “beggars, Gypsies, prostitutes, the poor, the orphaned,” and other “lewd and dangerous persons” and ship them to the colonies.To pay for their passage, the ship’s captain sold the immigrants into servitude upon arrival. Dennis Todd, author of Defoe’s America, estimates that about 130,000 British immigrants were brought to the Chesapeake Bay region between 1670 and 1718, far outnumbering the property-owning colonists (Todd, 7). Of this number, about half were indentured servants. Many of the remainder were felons who were granted transportation to America as an alternative to capital punishment.After passage of the Transportation Act of 1718, a large class of felonies was made punishable by transportation, rather than death. Between 1718 and 1775, some 40,000 convicts were transported to America (Todd, 8).

In the years prior to the importation of enslaved people from Africa, indentured servants, some of whom came voluntarily, were the principal source of labor in America. They were boundto work for a limited period of time (generally four to seven years), after which they were to be freed. They were often paid “freedom dues” of food, clothing, tools, and land upon completing their terms of service. After 1718, indentured servants were gradually supplanted by enslaved Africansand by transported felons. The felons were often sentenced to fourteen years of labor and did not enjoy the rights accorded to indentured servants. The longer terms of service and the lower social status of transported felons, together with a tighter market for tobacco, meant that felons after 1718 were much less likely to obtain the rewards of transportation that they might once have expected.

Benjamin Franklin, a patriot committed to ideals of human liberty, decried the policies of the British government that sent ships loaded with convicts to America. In 1749, the Assembly in Pennsylvania passed a bill forbidding the importation of convicts,but the measure wasrejected by the British Parliament on the grounds “That such Laws are against the Publick Utility, as they tend to present the Improvement and Well Peopling of the Colonies” (Franklin, 358). In a satirical letter worthy of Jonathan Swift, Franklin expressed the gratitude of the colonies to “our Mother Country for the Welfare of her Children,” and proposed a fair return for the shipments of convicts. His proposal was that, in the Spring, the colonists should round up thousands of the “venomous Reptiles we call Rattle-Snakes, Felons-convict from the Beginning of the World,” and transport them to Britain, where they may be released in St. James’s Park, in the pleasure gardens about London, “but particularly in the Gardens of the Prime Ministers, the Lords of Tradeand Members of Parliament; for to them we are most particularly obliged” (Franklin, 360).

Franklin, of course, did not consider all immigrants to be comparable to rattlesnakes, but many colonists made no distinction between the two groups. One pamphleteer, whom Franklin quoted in his letter to the Pennsylvania Gazette, exclaimed “In what can Britainshow a more Sovereign Contempt for us, than by emptying their Jails into our Settlements; unless they would likewise empty their Jakes on our Tables?” (Franklin, 358). Eventually, says Todd, “all servants, free or criminal, came to be seen as socially inferior and unfit” (Todd, 144). Franklin was not brazen enough to propose a wall to keep out both servants and slaves, but in some ways his proposal to send rattlesnakes to Britain went further. His letter was really a cry to Americans to stand up for their own sovereignty (to which they did not yet have a claim, though Franklin thought they should exert it). Presumably, Franklin thought that sovereignty for America would leadto a more humanitarian policy on immigration.

America should be able to control its borders and determine the composition of its citizenry without recourse to rhetoric that demeans both immigrants and the office of the Presidency. The starting point, rather than sticking point, may be the moment when we stop regarding immigrants as rattlesnakes.