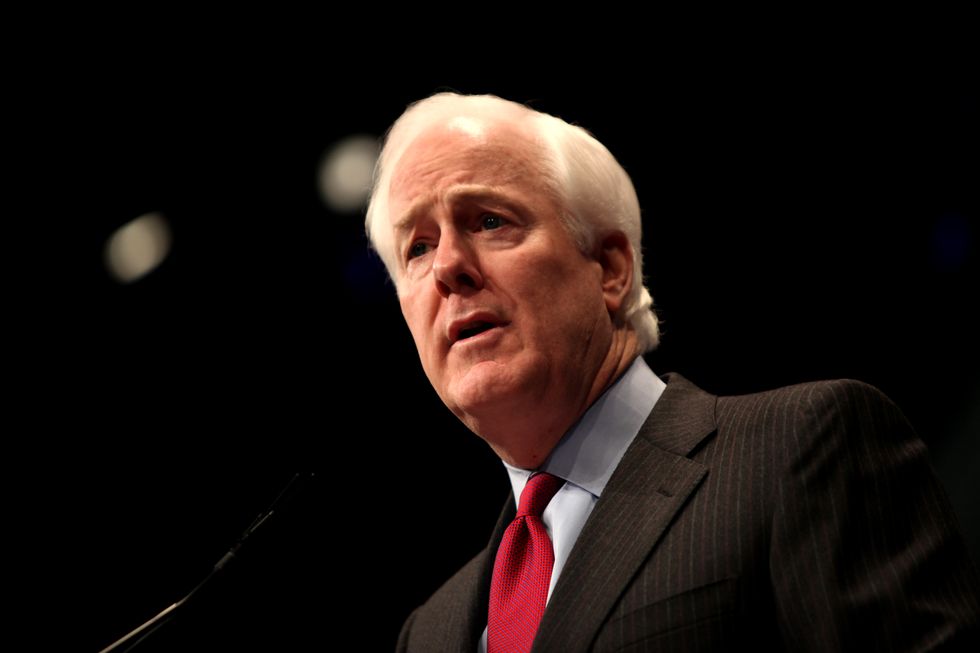 With a Democratic majority getting comfortable in the seats at the House of Representative, the faint aroma of impeachment is in the air.

It's just a whiff for now, but the scent could grow stronger. While some Democrats are already enthusiastically embracing cheers to impeach President Donald Trump, House Speaker Nancy Pelosi — officially the most powerful Democrat in the country — is holding the line so far. Impeachment, she has argued, would be premature without hearing from Special Counsel Robert Mueller. And as long as Republican senators remain devoted to Trump and thus willing to protect him if he is ever tried in the Senate, Pelosi and other top Democrats will likely view impeachment as a fruitless endeavor.

So what could it take to actually convince Republicans to vote for impeachment and removal? In an expansive and compelling guide to impeachment published in Politico Friday morning, reporter Darren Samuelsohn reported that Republicans he spoke with confirmed that there are lines Trump can't cross and revelations that he couldn't survive.

“I think a lot of people would shift if the president clearly illegally evaded taxes the way his father did, or that he is beholden to a foreign government,” said Rick Tyler, a GOP operative who has worked for prominent Republicans, according to Politico.

"If the president is actually indicted for a crime, that obviously changes everything," Sen. John Cornyn (R-TX) told Samuelsohn. "But right now all I see is speculation and people who have no knowledge of what Director Mueller actually has speculating on what could happen. I don’t think that’s particularly productive. It may be interesting, but it’s not based on facts.”

For now, he said, he sees impeachment as "basically a futile gesture."

One person, identified by Samuelsohn as a "senior Republican official in touch with the White House," said that the real problems for Trump would start if his family members start getting indicted. It's easy to imagine this infuriating Trump, and he could start firing Justice Department officials at will or issuing blanket pardons for his loves ones and others.

“To me, that’s the red line,” the official told Samuelsohn. “If that gets crossed, then everything changes in both parties.”

So what should we make of these coments?

First, it's important to note that, by any reasonable measure, Trump has committed numerous impeachable offenses. He has committed obstruction of justice before our eyes. His abuses of power, conflicts of interest, and disregard for the law are legion. And his obvious fealty to foreign dictators is an ongoing national security threat.

All of which is to say that Republicans have already raised the bar for impeachment preposterously high.

Tyler, who is a Never-Trump Republican now, is likely too optimistic when he says that evading taxes would be crossing a clear line for Trump. It's easy to imagine the party dismissing the allegations as perhaps "bad" but not serious enough to impeach over. After all, Republicans don't really mind rich people evading taxes. They'll likely say that they don't care if he evaded taxes because it has nothing to do with his being president.

Cornyn's reply to Samuelsohn's inquiries are clearly a dodge. He almost certainly knows that the Justice Department is operating under guidelines that say a sitting president cannot be indicted. But the reasoning behind this conclusion, dubious as it may be, is that impeachment is the appropriate remedy for a criminal president rather than indictment. So saying that you won't impeach until he's indicted begs the question.

However, Cornyn's view might still be tested. Some argue that a president can be indicted as long as any trial is delayed until after the presidential term is over. If Mueller or other federal prosecutors operate under this novel theory, an indictment with Trump's name on it may be coming. And if that indictment did come, whether or not Republicans would join a movement to impeach and remove Trump would depend on the indictment's content.

That brings us to the two scenarios that really do seem like they could push Republicans over the edge: desperate efforts to save his family from legal trouble and an alliance with a foreign power. In the purest scenarios, it's conceivable that such developments could split the bulk of the party away from Trump.

But nothing is ever pure and simple, and the Trump's fate would lie in the details. If there's anything we've learned in the last few years, it's that Trump's allies will bend over backward and stretch the truth as much possible to defend him on almost any occasion.

And inevitably, charges against Trump's families or solid allegations of direct, corrupt alliances with foreign governments would rest on some facts and theories of the case that could be open to some dispute. Any inch of doubt left open in an indictment will be turned into a mile by the GOP and its spokespeople on Fox News. Rudy Giuliani already claims that three of the crimes people often attribute to Trump — conspiring with the Russians, obstructing justice, and violating campaign finance laws with hush money payments — aren't actually crimes.

New versions of these kinds of theories will emerge. And when all else fails, they'll attack the messenger. If Mueller comes out with damning indictment against Trump, it will just prove to the devotees that he's corrupt and has been falsifying evidence all along. If another arm of the Justice Department uncovers criminal wrongdoing by him and his family, this will just show true believers in the Trump faith that the conspiracy against him goes even deeper than we thought.

"And if Trump pardons his entire family based on bogus charges, who could really blame him?" they'll ask. "And can we really believe Mueller's claims that Trump had a long-running agreement with the Kremlin to knowingly break the law, given that Mueller himself was in touch with Kremlin sources to uncover these supposed crimes?" they'll add.

How prevalent would this type of conspiracy mongering and shameless cover for the powerful be among elected Republicans? It's hard to know for sure, and again, it would have to depend on the specifics of the case. But at this point, the party's performance in the ultimate test of its integrity has not been encouraging.