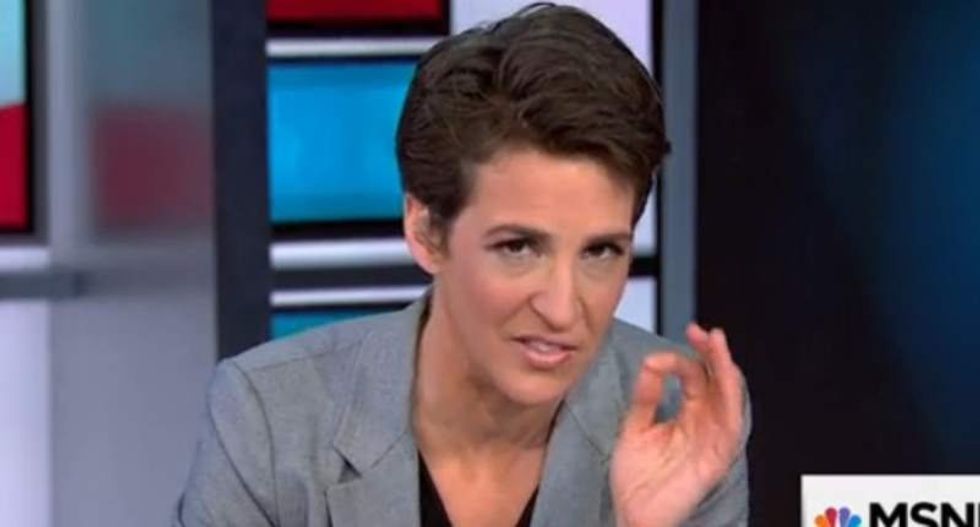 MSNBC's Rachel Maddow noted that although special counsel Robert Mueller's rare public statement denying BuzzFeed's reporting is shocking, it's not the first time his office has done so.

Earlier in the evening, Mueller's office said BuzzFeed News' report about former Trump attorney Michael Cohen being ordered by the president to lie to Congress was "not accurate."

Maddow said that when her team researched how many times the Mueller office has gone on record, they were only able to find three such instances.

In one instance, Carr refuted claims that Mueller was involved in a sexual misconduct scandal. In another, the spokesperson alerted media that the special counsel investigation is soon to come to a close.

But the first time Carr went on record since the investigation began was to release a statement similar to the one he issued tonight.

Maddow noted that in April 2018, McClatchy reported that Mueller had evidence of Cohen being in Prague in 2016 -- a key allegation made in the infamous Steele dossier published by BuzzFeed in December 2016.

That "unprecedented" statement, the host said, was not "directly disputing the story but giving a sort of general warning that there had been inaccuracies out there and every journalist should be careful about their sources."

In a statement to the Tucker Carlson-owned Daily Caller, a spokesperson for Mueller's office pushed back against the McClatchy report.

"What I have been telling all reporters is that many stories about our investigation have been inaccurate. Be very cautious about any source that claims to have knowledge about our investigation and dig deep into what they claim before reporting on it,” the spokesperson said. “If another outlet reports something, don’t run with it unless you have your own sourcing to back it up.”