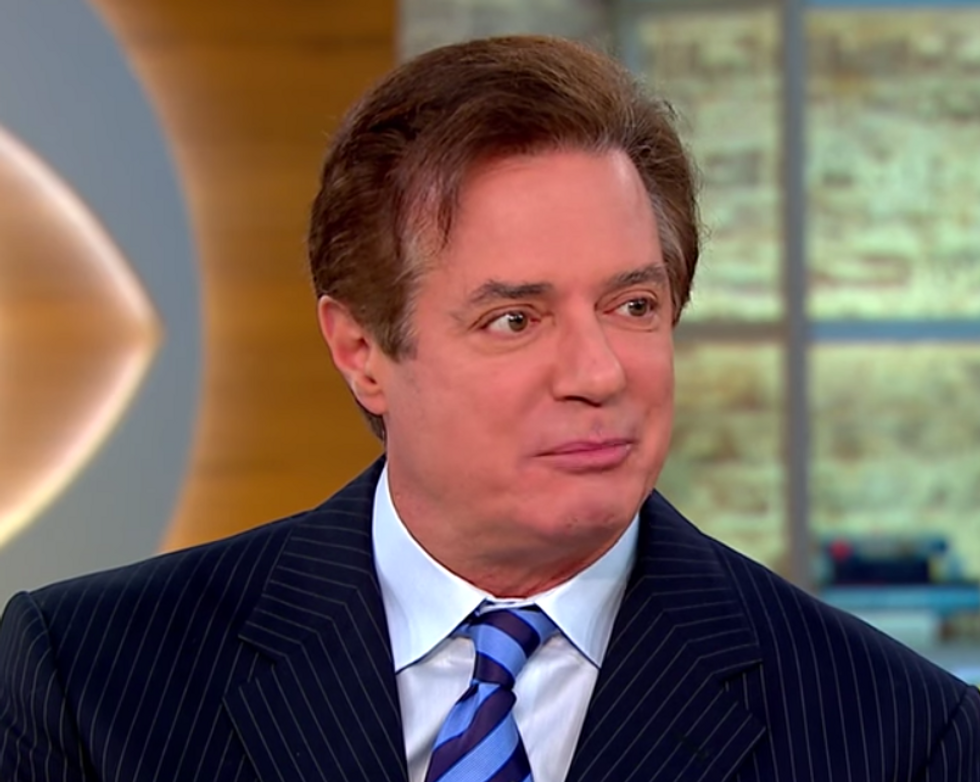 Paul Manafort's lawyers filed court documents Tuesday in response to Special Counsel Robert Mueller's allegations that he violated the terms of his cooperation deal by lying. But they made a huge mistake — by failing to properly redact the document, they made public bombshell details in the ongoing to Russia investigation.

In particular, one portion of the text that was supposed to be blacked out revealed that Manafort, who served as President Donald Trump's campaign chair, provided polling data on the 2016 presidential race to Konstantin Kilimnik, a man believed to be working with Russian intelligence.

It also says that Manafort met with Kilimnik in Madrid and that they discussed a peace deal for Ukraine.

The lawyers assented to these allegations by special counsel while arguing that, even though Manafort initially misled the government about these facts, they cannot show that he was actually "lying" because the events "simply were not at the forefront of Mr. Manafort's mind." But this claim, while highly dubious on its own, is hardly exculpatory.

"The Trump campaign chairman was sharing campaign polling data with a Russian intelligence asset in the midst of the campaign," said national security lawyer Bradley Moss. "It’s starting to smell a lot like criminal conspiracy."

Whether or not these actions will be determined to be criminal, they destroy the president's narrative. Though Trump has repeatedly said there was "no collusion" with regard to the Russia investigation, these revelations fit the definition of "collusion" perfectly. Manafort was secretly coordinating with Kilimnik, and kept that fact hidden even when pressed on the issue under criminal penalty.