New report shows Trump's campaign is setting him up for failure 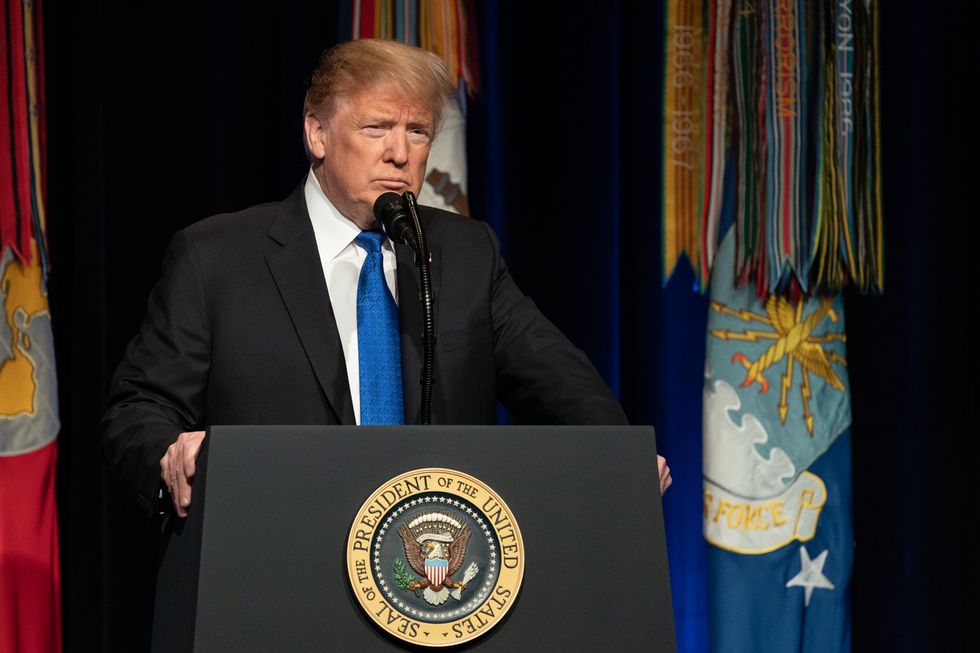 President Donald Trump's government shutdown ended as a spectacular disgrace for the White House and the Republican Party as a whole, failing to win support for a border wall while inflicting needless pain on the millions of people whose work depends on federal funds. But according to a new report from Politico, it looks like Trump might be about to learn the worst possible lesson from the episode.

Reporter Alex Isenstadt found that Trump's campaign manager Brad Parscale has commissioned a poll in 10 Republican-leaning congressional districts. This poll reportedly found that a plurality of voters blamed Trump for the shutdown — but a plurality also supported his efforts to get funding for a border wall. The plan was to brief Trump with the result on Monday evening.

The poll has been released as the president faces blowback from across the political spectrum over the five-week shutdown. The survey conflicts with other data showing that Trump’s poll numbers were damaged by the episode.

While some view internal polls skeptically, this one could embolden Trump to take a hard line in future negotiations over the wall. Trump has a pattern of latching onto polling data that confirm his views, even if they’re contradicted by other numbers.

Politico's claim that the poll "conflicts" with other survey results on Trump's performance during the shutdown isn't exactly correct. FiveThirtyEight's poll aggregator shows his approval rating dipping over the last five weeks of the shutdown, and individual pollsters found similar results. Broadly, most Americans are against the idea of a border wall. A survey finding that particular districts, in fact, have higher support for the wall is not surprising or a contrast — it's just an answer to a different question.

And digging deeper into the results, the poll is actually devastating for the president:

It’s not all good news for the president, however. The poll found that just 49 percent of voters in the Republican-leaning districts approve of Trump’s job performance, only a point greater than the 48 percent who disapprove.

While all 10 districts surveyed in the GOP-commissioned poll are currently held by House Democrats, they are largely on Trump-friendly terrain. The president carried the 10 districts by an average of 12 percentage points in 2016.

So in places where Trump was ahead by 12 points when he won in 2016 — districts characterized as "Trump-friendly terrain" — the president's approval is now only up by one point, a drop of 11. This is a brutal nosedive for the president, and if these results hold, it's hard to imagine how he could have any hope of re-election in 2020.

But Trump himself may, indeed, read the poll results as conflicting with what the majority of news outlets and pollsters are reporting about the impact of the shutdown on his standing. He might convince himself that the results, after all, reveal how correct his instincts have been all along, if they're presented to him in the fashion Politico suggests.

This would not be good — for the country or from Trump's own perspective. If his campaign is willing to tell him that his own biggest blunders are actually political winners, he may become even more reckless and do more damage to his presidency.

With these poll results, Trump might decide that another shutdown at the end of the three-week continuing resolution that is currently keeping the government open might be his best move. But after the spectacular failure of the first, there's little reason to think another round would fare much better. And this time, it's not clear even the Republicans would be on his side.

So if Trump moves forward with another shutdown, he could finally create a real split between himself and the GOP-controlled Senate that's been protecting him. He won't get the wall — he'll only embolden House Speaker Nancy Pelosi. And as far as his approval rating has already sunk, it could go even lower.