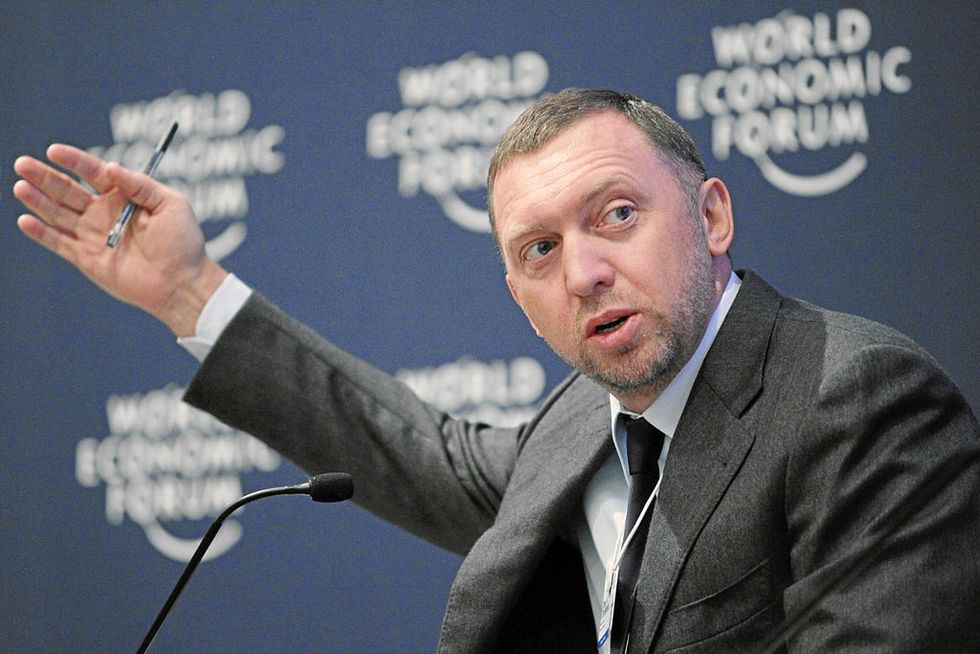 We know that the Kremlin broke the law in its efforts to help get President Donald Trump elected. One of the central questions of the ongoing Russia investigations is: Did Trump and his team agree to give anything in return and then deliver on the promises in office?

There remain strong arguments that Trump has, in fact, delivered on his end of a potential quid pro quo. And on Monday, a report from the New York Times added to that evidence.

U.S. sanctions against Russia continue to rankle President Vladimir Putin, but one of his close allies is finally getting some relief. The Treasury Department has announced that it will roll back sanctions targeting businesses owned by Oleg Deripaska, a Russian oligarch with ties to the Kremlin. Democrats and even some Republicans have pushed back against the administration's plans to ease the sanctions, but Senate Republicans filibustered legislative efforts to block the move.

Now the Times reports that the rollback is even more generous than it looks, citing a confidential deal between both the U.S. and the Russian sides. While the sanctions were supposed to be lifted in exchange for Deripaska giving up a majority stake in the businesses that were targeted, this diminution may actually be less severe than it first appeared.

"The deal contains provisions that free him from hundreds of millions of dollars in debt while leaving him and his allies with majority ownership of his most important company, the document shows," the Times reported. It added:

The document specifies the precise ownership stakes in EN+ of other people and entities with personal relationships to Mr. Deripaska. That includes shares owned by his ex-wife, Polina Yumasheva, a British-educated daughter of the chief of staff to Boris N. Yeltsin, a former president of Russia. She owns 5.19 percent of EN+, while her father, Valentin Yumashev, owns 1.57 percent, and a firm called Orandy Capital Limited, which reportedly has links to the family, owns another 1.78 percent, according to the document.

Taken together, Mr. Deripaska, his foundation, his ex-wife, her father and Orandy Capital would own nearly 57 percent of EN+ under the deal.

The report also explained that shares of two of Deripaska's companies spiked after the deal was announced — a significant gift to the oligarch and, by extension, Putin.

Deripaska also plays a notable role in the Russia investigation. Paul Manafort, Trump's convicted former campaign manager was reportedly deep in debt to Deripaska, a long-time business associate of his, in 2016 — and he was reportedly in contact with intermediaries in the run up to the election.