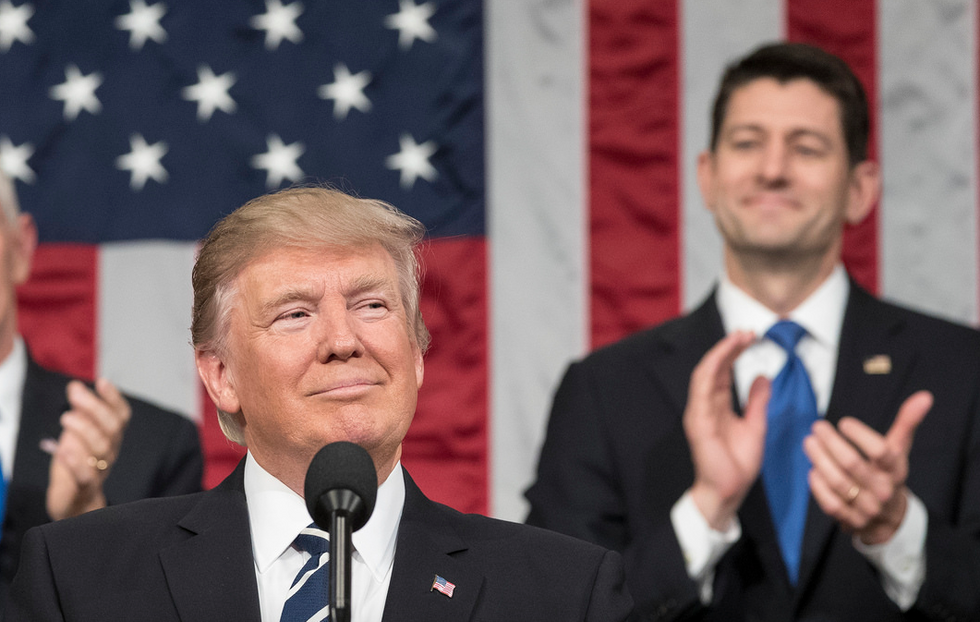 Former White House communications aide Cliff Sims is publishing a new book about his time working for President Donald Trump next week, and judging by excerpts printed by the Washington Post on Monday, it will paint a devastating picture of a White House in chaos.

The way Trump is described to treat Paul Ryan, for example, is downright verbally abusive. The Post recounts the scene from Sims' book, "Team of Vipers," after Ryan criticized Trump's response to the Charlotteville white supremacist marches in the summer of 2017:

“Paul, do you know why Democrats have been kicking your a-- for decades? Because they know a little word called ‘loyalty,’” Trump told Ryan, then a Wisconsin congressman. “Why do you think Nancy [Pelosi] has held on this long? Have you seen her? She’s a disaster. Every time she opens her mouth another Republican gets elected. But they stick with her . . . Why can’t you be loyal to your president, Paul?”

The tormenting continued. Trump recalled Ryan distancing himself from Trump in October 2016 in the days after the “Access Hollywood” video in which he bragged of fondling women first surfaced in The Washington Post.

“I remember being in Wisconsin and your own people were booing you,” Trump told him, according to former West Wing communications aide Cliff Sims. “You were out there dying like a dog, Paul. Like a dog! And what’d I do? I saved your a--.”

The Post notes that the book "is neither a sycophantic portrayal of the president nor a blistering account written to settle scores" — but the details provided speak for themselves.

Another description of Trump's treatment of Ryan shows him to be passive aggressive and just as demeaning:

Sims recounts one time when Ryan was in the Oval Office explaining the ins and outs of the Republican health-care bill to the president. As Ryan droned on for 15 minutes, Trump sipped on a glass of Diet Coke, peered out at the Rose Garden, stared aimlessly at the walls and, finally, walked out.

Ryan kept talking as the president wandered down the hall to his private dining room, where he flicked on his giant flat-screen TV. Apparently, he had had enough of Ryan’s talk. It fell to Vice President Pence to retrieve Trump and convince him to return to the Oval Office so they could continue their strategy session.

Perhaps we now know why Ryan decided to retire at the ripe age of 48.

The book comes around the same time as a memoir by Chris Christie, an exiled one-time Trump ally, who reportedly slams the president for mostly hiring "riffraff" instead of quality candidates. Former aide Omarosa Manigault-Newman published a book this summer describing Trump as a man in a state of mental decline and derangement. And Bob Woodward's book, "Fear," published shortly before the 2018 election, painted of a picture of White House riven by factions and full of aides attempting to undermine the president.