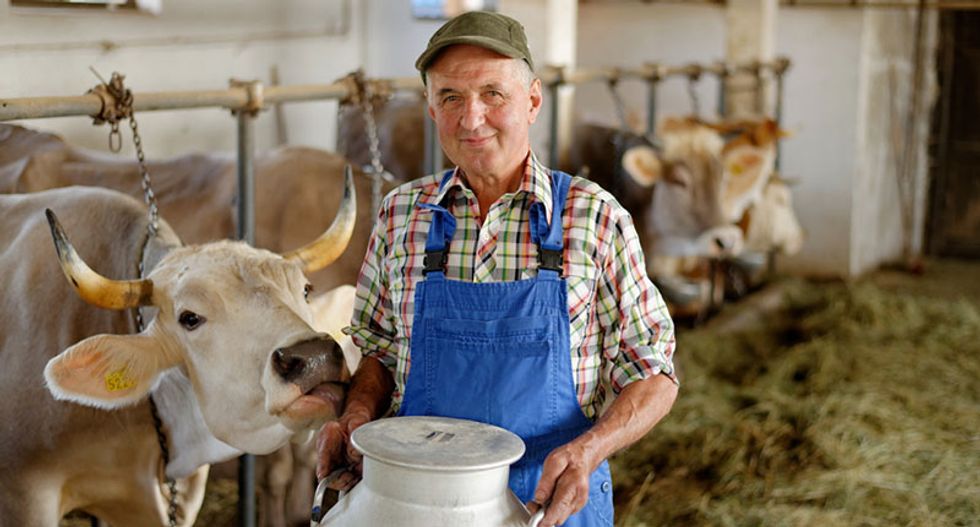 The minute I tell a progressive or a Democrat (I am not sure they are always the same thing) that I am an Evangelical Christian I can see their eyes glaze over and the assumptions starting to form.

Worst still. I am an Evangelical Christian Farmer with a large arsenal of weapons. But don’t worry I only shoot skeet (competitively) and varmints (if they might be rabid).  Occasionally I shoot over the head of the coyotes and the wolves just to remind them the calves in the field behind the deer are off limits.

The deer in the picture I have posted are in my front yard. Every year right before they give birth to fawns the does all gather together to avoid predators. That they do it in my front yard is proof I don’t hunt them.

I am a Vegan, a Vegan cattle rancher. Though I often joke and say I raise free range organic deer.

I chose the deer image because deer are the perfect metaphor for left wing Evangelicals.

Right wing fundamentalist Evangelicals are often referred to as sheep. They will follow anybody with a carrot. We left wing Evangelicals don’t follow anybody. We believe in the value of collective action but we live most of our lives as individuals relying on just ourselves. And we are skittish as hell. It took me hours to get this photo by the way.

No two left wing Evangelical Christians believe the same things in the same way. We share, however, a few common general beliefs. For example we think morality is more important than theology. We are ecumenical and welcoming of the world. And we think we have a responsibility to make the world a better place.

Mostly, we think of the bible as a metaphoric rampage and not a cook book.

Why does that matter? The best predictor of which religions voted strongly for Trump is whether they believed in a White Christian America.

I will do an entire post on the subject of the size of the left wing Evangelical Movement later with a full set of links and stats. For now just know many experts think their are 7 million of us in the United States. Not enough to shake up politics but enough to be worth knowing we exist.

For now I want to close by trying to shatter some of those assumptions that formed when I said I was an Evangelical Christian.

I do not have a brain injury. I am not selfish. I am not part of a doomsday cult. I am not waiting for the rapture. I am not poorly educated (17 years of University - all at state sponsored schools -and a 27 year career as a bio-mathematician and entrepreneur).

Nor am I a xenophobe. I have spent 14 years of my life volunteering to teach immigrants how to start their own businesses. I started my own charity to do this work and to teach others how to do it. Most of my partners in the volunteer work and in my business are immigrants. My succession plan is a young Pakistani Muslim.

But through out my education, my not for profit work, and my business life as well as a rancher I have been motivated by my religious beliefs or perhaps it would be better to say my moral beliefs.

One of which is that none of us are anywhere near perfect. I for example occasionally have this impulse to shoot one of the deer that share my land. They strip the bark off my fruit trees at the snow line and kill the trees. Instead I end up feeding them peas. They love peas.

After all somebody has to look out for all us deer.