How Libertarian theology and Trump are destroying the Internet — and America 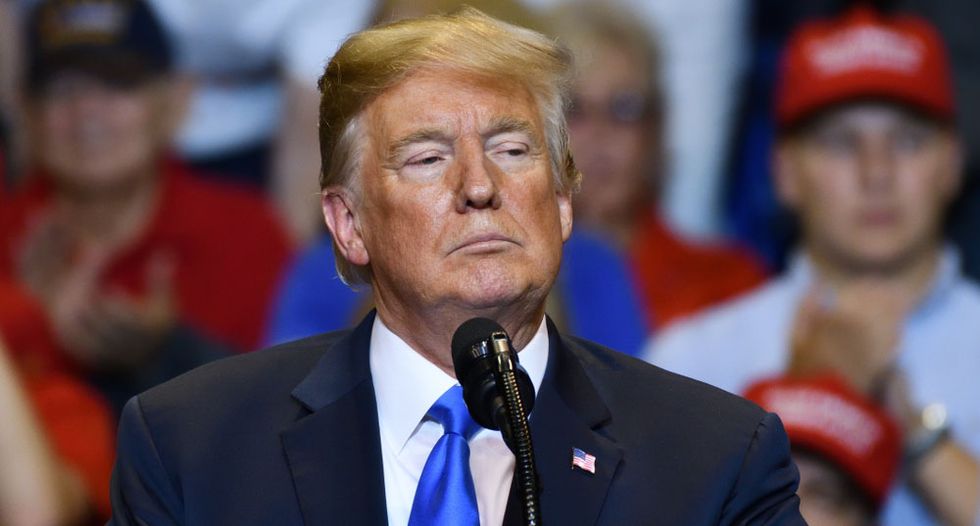 Check out this lede from Buzzflash in 2021:

“Americans woke up this morning to the City of Chicago’s entire electrical system having shut down, along with the water systems of Boston and San Francisco, and all air traffic control in the Northeast. Several million homes with smart thermostats and surveillance cameras found themselves hacked, with furnaces running full-tilt to raise indoor temperatures above 100ºF and embarrassing home videos playing randomly on neighborhood TVs. The websites of the top newspapers across the nation are all down, and government agency sites only display the flag of North Korea. Twitter and Facebook only play martial music, and most people can’t make cell phone calls; those who can often hear foreign-language discussions in the background. Over 40 million checking, brokerage, and savings accounts were drained overnight, and the markets plunged 85 percent on the open, wiping out much of America’s liquid wealth.”

The former chairman of the FCC, Tom Wheeler, is warning us now that something like this is coming. And all because Trump is kowtowing to the libertarian billionaires who now fund and own the Republican Party.

The new fifth-generation 5G cellular technology will bring a revolution to America every bit as transformational as was the transition from dial-up modems to high-speed broadband.

If Trump has his way, though, it’ll also mean Americans will be dramatically more vulnerable to identity theft, scams, and blackmail, while our nation will become more vulnerable to cyber war from both hostile foreign governments and tech-savvy terrorists.

With speeds up to 100 times faster than current 4G cellular data, 5G will make possible everything from driverless cars to cell-connected long-distance drones to precision remote surgery. The amount of data flowing through our cellular systems will explode, along with places it can be used and the uses to which it can be applied.

Remote applications that are currently too difficult to wire for high-speed internet or won’t work well at 4G speeds will easily become remotely controlled, spreading the internet revolution to every device in the home, office, and even remote workplaces.

Along with all this data will, inevitably, come hackers, both criminal and state-sponsored. The amount of data that it now takes a third of a year to harvest with 4G can be scooped up in a single day using 5G.

Given that the U.S. government invented the internet (yes, Al Gore did co-author the legislation) and has a huge stake in its security, doesn’t it make sense that our government should provide, at least in framework and standards, for its security?

But, no. Trump and Pence want to do to the FCC what they’ve done to the EPA, the Department of the Interior, the FDA, and to oversight of our banking systems.

According to Trump and his billionaire libertarian owners, the safety and security of America is not the proper role of government. Not our air, our water, our public lands, or even our internet.

“Just turn it all over to the billionaires,” they say. “What could possibly go wrong?”

FCC Chairman Ajit Pai, the former Verizon lawyer, even went so far as to say that “the market, not government, is best positioned to drive innovation and leadership” with regard to internet security.

Meanwhile, the President’s National Security Telecommunications Advisory Committee—after looking at how 5G will blow open data operations across the country—wrote just three months ago that “the cybersecurity threat now poses an existential threat to the future of the nation.”

Existential, as in, “a situation that threatens our very existence as a functioning nation.”

Nonetheless, Trump has deleted the Obama-era requirement that new 5G federal standards must stand up to industrial-grade cyberattacks. Deleted, as in removed the requirement altogether.

Trump’s administration also canceled a national program to bring together the sharpest internet-savvy minds to figure out ways to reduce cyber threats on 5G systems, and, as former FCC Chairman Tom Wheeler said, “questioned whether the agency [FCC] had any responsibility for cybersecurity...” (emphasis added)

Meanwhile, a Chinese company with ties to that nation’s intelligence and military services is positioned to become the largest supplier of 5G hardware and software to the United States and most of the rest of the world.

Libertarian philosophy in the GOP has already made our food, drugs, and banking systems (among dozens of others) less safe, and filled our air and water with more poisons. Now it threatens to take down the entire nation.