'He should shut up!': Interview with four Mueller witnesses breaks into bickering on MSNBC 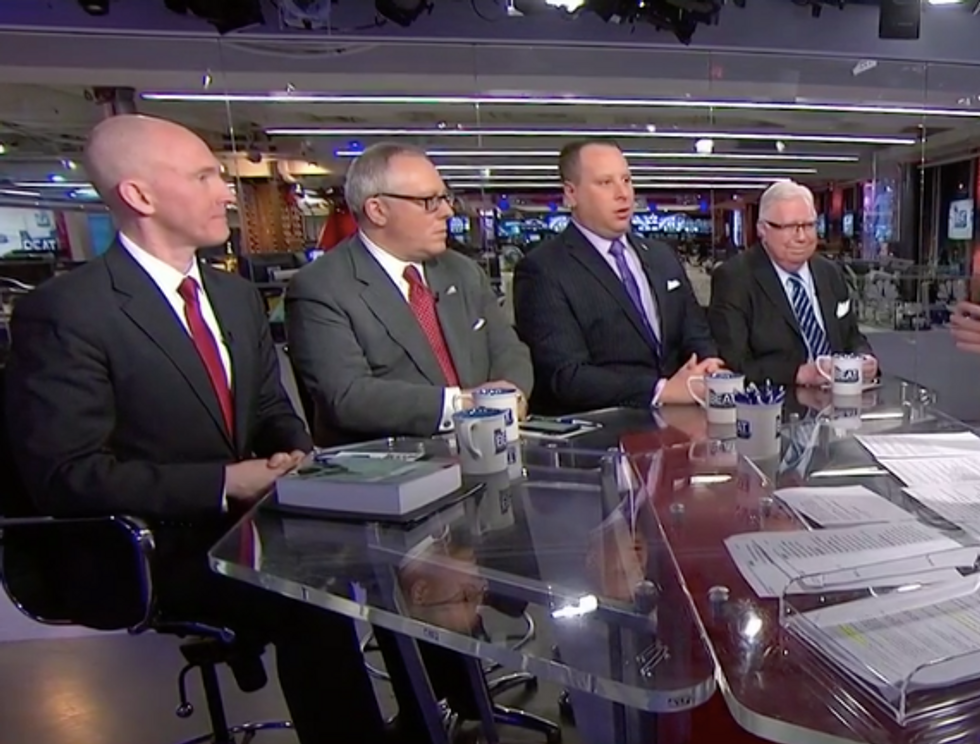 Carter Page, Michael Caputo, Sam Nunberg, and Jerome Corsi, all have varying levels of ties to President Donald Trump, but they're all united by one thing: They've found themselves wrapped into of Special Counsel Robert Mueller's Russia investigation.

And on a bizarre and surreal episode of MSNBC's "The Beat with Ari Melber," all four sat down with the host to discuss their experiences with Mueller.

They all seemed to agree that Mueller has overstretched in some ways — but they diverged in the extent to which they thought the investigation is a witch hunt and a legitimate endeavor. They said the process of being involved in the probe was excruciating. Nunberg and Page, however, emphasized that they thought Mueller's operation was professional and decent — though Page disputes the government's basis for surveilling him.

But at one point, the four-way interview broke into chaos and cross-accusations. Some of the disagreements surrounded Roger Stone, a Trump ally who appears to be a focus of the investigation but was not present. Nunberg, a long-time friend of Stone's, accused him of spreading lies about his claims of ties to Julian Assange. Corsi, too accused Stone of lying about him — which set off Caputo in an attempt to defend Stone.

"I've known Roger thirty years, Dr. Corsi, and I'm not buying this George Washington routine of yours on this," said Caputo. He warned that Corsi is "steering" Stone toward a perjury charge.

"The fact of that matter is, the reason us three are in there is because of Stone!" said Nunberg.

"Roger's not Donald Trump," said Nunberg. "He's not going to get away with witness tampering. He should shut up!"