'He doesn't have any core beliefs!': MSNBC's Nicolle Wallace loses it when her guests refuse to say Trump is a Russian asset 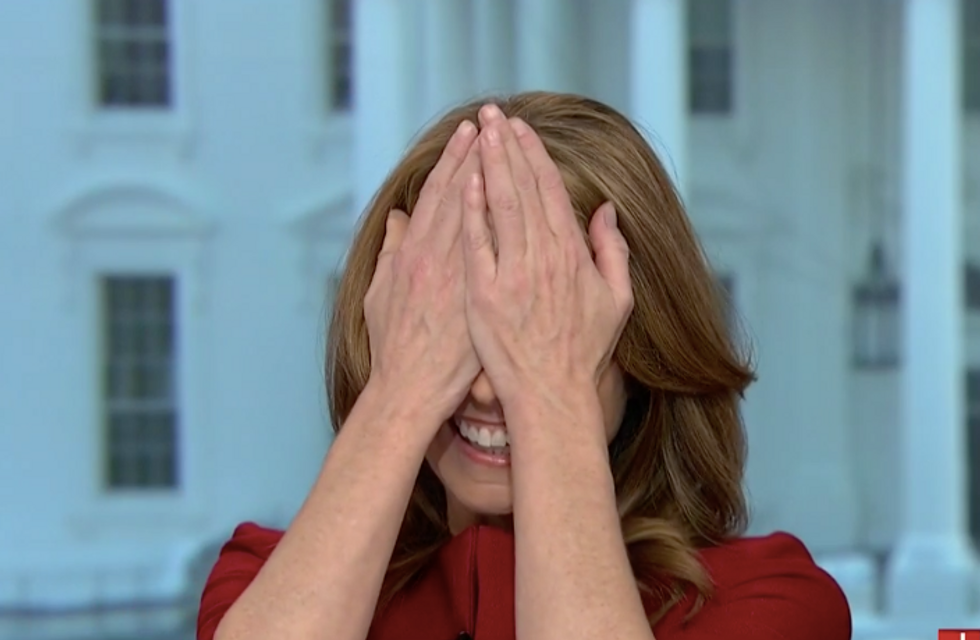 With all the evidence accumulating that President Donald Trump is directly serving Russian interests in office — and new reports finding that the FBI opened a counterintelligence investigation on the president himself — MSNBC's Nicolle Wallace vented frustration with her guests on "Deadline: White House" Tuesday when they refused to just call Trump a Russian asset.

The latest bombshell to drop in the story of Trump's actions bolstering Russian President Vladimir Putin's aims came when the New York Times reported that the American president has discussed pulling out of NATO.

"Not in his wildest, vodka-induced dreams did Vladimir Putin ever think that an American president would undermine the basis of the greatest treaty that we've ever created in 70 years. And it's so strange, given all that we've been finding out about the connections between Russia," Stengel said. "I don't quite understand the genesis of where Trump's animosity toward NATO has come from."

"Why is it a mystery?" asked Wallace. "It's because Putin hates NATO."

Later, Times columnist Elise Jordan added: "In the Times story reporting about Donald Trump's speculating that, 'Oh, it would be great to get out of NATO,' they ascribed it to one of his 'core beliefs,' that he just —"

Wallace cut her off: "He doesn't have any core beliefs!" The exasperated host threw her face into her hands.

She went on to list a series of claims Trump has made and actions he has taken that conform with Putin's aims and propaganda, including relaxing sanctions, dismissing Russia's efforts to interfere in democracies, and withdrawing troops from Syria.

Stengel later admitted: "I dearly hope [Trump] is an unwitting agent of Russia and Putin, rather than a witting agent. That somehow he is mirroring this without quite understanding why. Because if he's actually a Russian agent, then American history has to begin all over again."