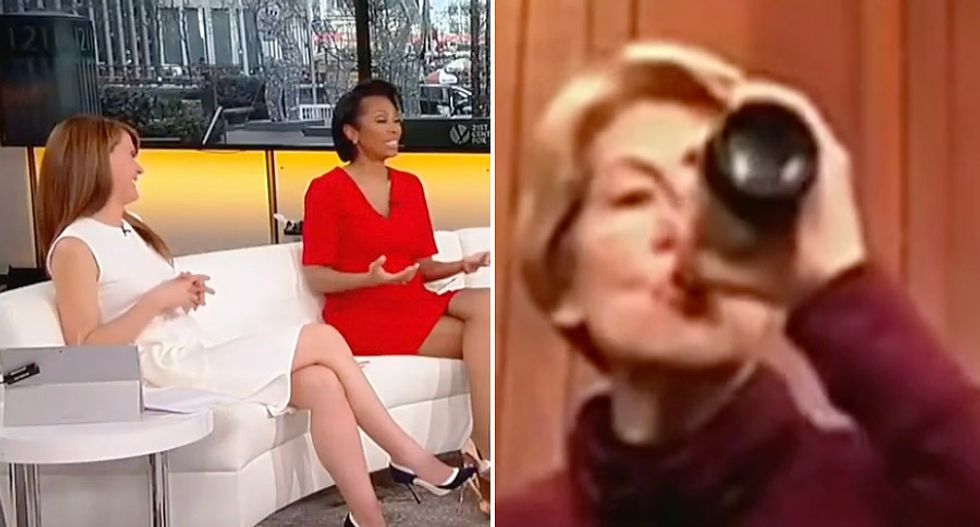 The cast of Fox News’ Outnumbered on Wednesday went on the offensive against Sen. Elizabeth Warren (D-MA) after she appeared in an Instagram Live video while drinking a beer.

The panel was discussing Warren’s announcement she’s forming an exploratory committee to run for president against Donald Trump, as well as a subsequent Politico article that wondered if Warren faces the same “likeability” issue as former Democratic candidate Hillary Clinton.

After playing a clip of Warren opening a beer (Michelob Ultra, she later revealed) on Instagram Live, host Harris Faulkner asked if alcohol is “the answer” to make female candidates more appealing.

“Somebody tell me, why beer?” Faulker asked. “Why that beverage? Is that supposed to appeal to male voters? I'm just wondering. She's playing the gender card, but I'm confused.

Conservative commentator Lisa Boothe opined that Warren is “trying to be like ‘Hello, earthlings. I'm just like you’” so she can appear “relatable.”