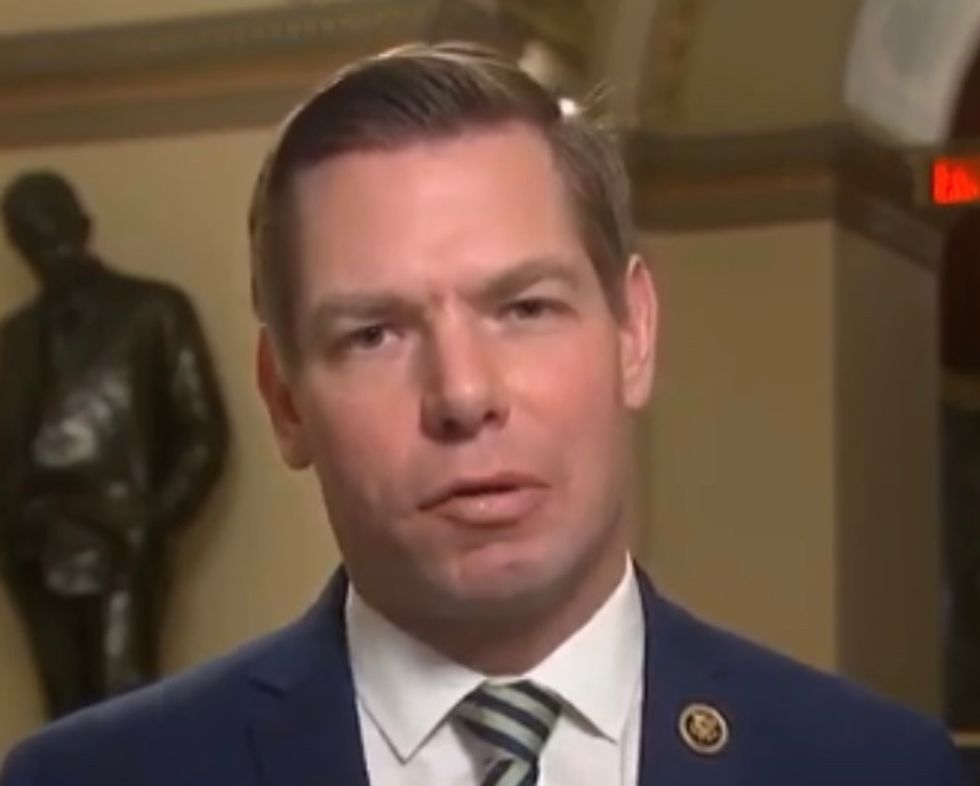 One of the key things that the House Intelligence Committee will do under its new Democratic majority is investigate the Trump Tower meeting between Donald Trump Jr. and Russian lawyer Natalia Veselnitskaya, who was charged with obstruction of justice on Tuesday. In particular, the committee is interested in a call that Trump Jr. had with a blocked number before and after the meeting.

Unfortunately, said Rep. Eric Swalwell (D-CA) Tuesday on MSNBC, Republicans have dragged their feet so long on investigating the issue that the trail of evidence may have gone cold.

"What are the questions, what is the information you're seeking, and who should be worried about those calls getting unblocked?" said host Nicolle Wallace.

"Again, Nicolle, it all goes to candidate Trump's knowledge," said Swalwell. "Did he know that these efforts were taking place on his behalf, and if he did, why didn't he stop it? Was it because he welcomed it? So, my fear, Nicolle, is that — we know that Donald Trump Jr. took a call from Russia in which dirt was offered, and they wanted to set up a meeting, then he talked to this blocked number and then called back to Russia. We know that candidate Trump has a blocked number."

He continued: "My biggest fear, though, is that because the Republicans blocked us from obtaining this, is that in the orderly course of business, that they may have been destroyed because most cell phone providers destroy their records 6 to 9 to 12 months, I've found as a former prosecutor. So they may have successfully prevented us from getting that."

The Intelligence Committee's former chairman and now-ranking member, Rep. Devin Nunes (R-CA), did everything be could to thwart a serious investigation of Trump's ties to Russia, opting instead to investigate bogus claims of misconduct in the Russia investigation itself. Swalwell has previously suggested Nunes may have also buried key evidence that witnesses for the president lied to Congress.

It is entirely possible that Special Counsel Robert Mueller got his hands on the phone calls long ago. But regardless, Nunes' hamstringing of the Russia investigation has outlasted his own chairmanship — and Swalwell and his fellow House Democrats must do what they can to put together the pieces.