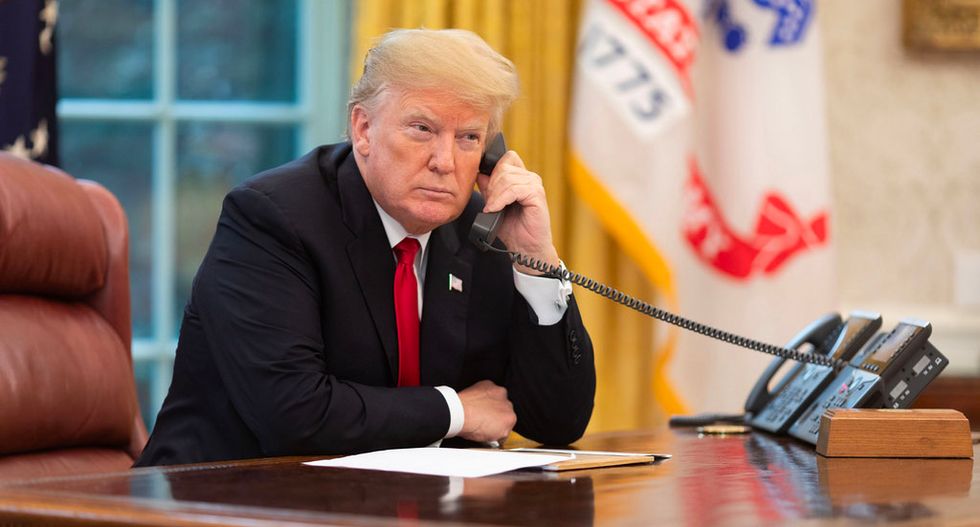 One of the lingering, and potentially dangerous, wildcards in the border wall standoff is the possibility that President Donald Trump will simply declare a state of emergency, which would theoretically allow him to bypass Congress altogether and use military funding to build his wall.

There is one bit of good news, though: according to a report in the Washington Post, Republicans in Congress seem to be against the idea.

Much of the opposition has come from Republicans in Texas, where a large section of the border wall would have to be constructed. Rep. Roger Williams (R-TX) said, "Right now, I don't support that. We need to go through the system. I think there's better ways to do it."

Rep. Mac Thornberry (R-TX), the ranking member of the House Armed Services Committee and the representative of the most conservative House district in America, was even more emphatic: "I think border security is very important. It is not a responsibility of the Department of Defense. In short, I'm opposed to using defense dollars for non­defense purposes."

And Rep. Will Hurd (R-TX), who represents a border district from San Antonio to El Paso and who has previously voiced his opposition to the wall altogether, is against there even being a shutdown, let alone a state of emergency. "My positions haven't really changed," he said after speaking with Pence on Tuesday.

Another congressman who voiced concerns with the idea of using a state of emergency to divert military funds for the wall is Rep. Mike Gallagher (R-WI): "I particularly hope to get clarity on what specific military construction projects would inevitably be delayed. At a broader level, I mean, as conservatives we don't generally favor just allowing everything to be done through executive order, and I think this would continue that trend. I think it's on Congress to step up and actually get this done and secure the border."

Courts have placed some restrictions on what presidents can do in a state of emergency — they cannot expropriate private property without congressional approval, for instance — but broadly speaking, the president gets to define what constitutes an emergency, and it unlocks a wide series of presidential powers that could undermine checks and balances and let Trump do as he pleases.

If Trump were to actually go through with this plan, it would almost certainly face an immediate court challenge. In particular, Sen. Dick Durbin (D-IL) warns that emergency powers would only let Trump use military funds to build a wall if that wall were "on a military installation" — so Trump would have to actually buy the parts of the border that are private land, and declare it a military installation. Historically, attempts to buy border land for government projects have been a nightmare — when the Department of Homeland Security took over 120 miles of land in South Texas to build a fence a decade ago, it led to a wave of lawsuits, widespread mismanagement, mistaken property assessments and abuse of power.

Declaring a national emergency and attempting to do this under the auspices of the military would be a disaster waiting to happen. And even many Republicans in Congress are worried about what it would mean.