Fox News' Chris Wallace calls out Mike Pence for blaming Democrats for shutdown: ‘You could open the government tomorrow’ 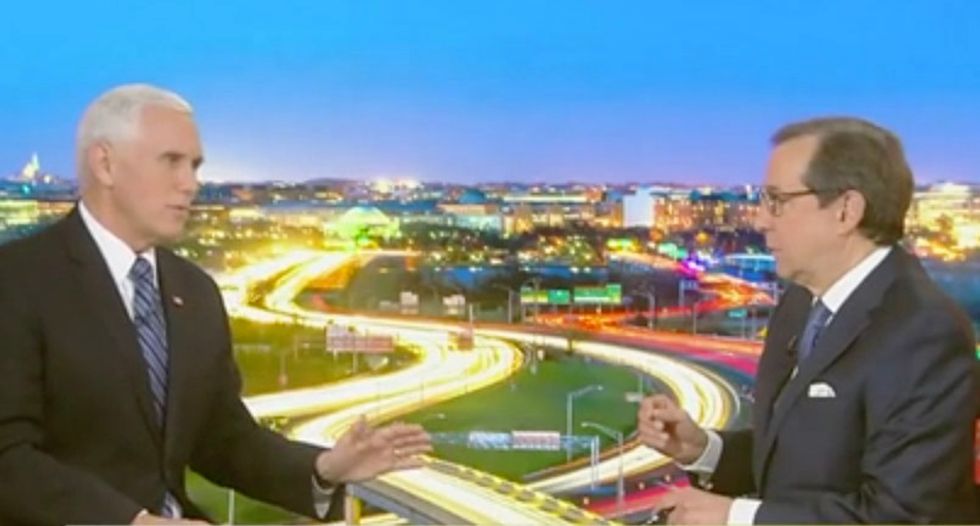 Fox News host Chris Wallace on Sunday called out Vice President Mike Pence after he falsely claimed that the Democrats are preventing the government from reopening.

During an interview on Fox News Sunday, Wallace noted that the White House did not have the necessary number of votes to pass a Republican-backed spending bill in the Senate. The Democrats, however, have passed bills that would reopen the government.

“The American people want action on our southern border,” Pence insisted. “They want border security. Eight-hundred thousand federal workers want us to find a way to open the government.”

“No,” Wallace retorted. “Isn’t that you just want the leverage and you figure if you don’t keep the government closed then [Republican border was plans are] going to go nowhere?”

Pence replied by complaining that House Speaker Nancy Pelosi (D-CA) has vowed not to give President Donald Trump his border wall even if the government is reopened.