'5-star award for idiocy': Outrage as Trump threatens to cut off FEMA funds to California in wake of deadliest-ever wildfire season 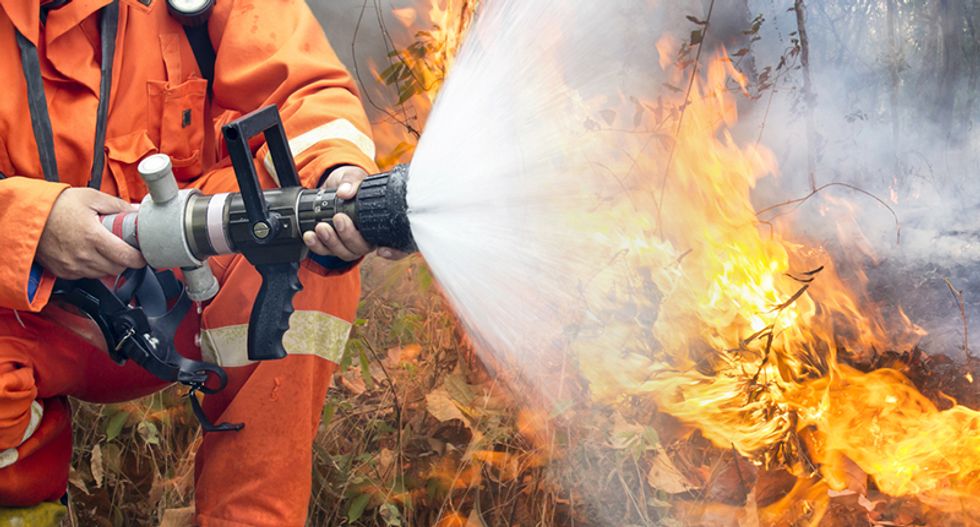 As California works to recover from the deadliest and most destructive wildfire seasonin its recorded history, President Donald Trump declared in a tweet on Wednesday that he has "ordered" the Federal Emergency Management Agency (FEMA) to cut off federal funding unless the state's officials "get their act together."

Misspelling the word "forest" twice in the same tweet, Trump wrote: "Billions of dollars are sent to the State of California for Forrest [sic] fires that, with proper Forrest [sic] Management, would never happen. Unless they get their act together, which is unlikely, I have ordered FEMA to send no more money. It is a disgraceful situation in lives and money!"

Likely recognizing his spelling errors, Trump quickly deleted the tweet and re-uploaded another with the correct spelling. Here's a screengrab of the initial tweet:

"The state owns three percent of the forests in California," Merkley noted. "No matter how many people with rakes they deploy, forests are going to burn because of longer, hotter summers due to climate chaos."

"Weird how we're all told it's beyond the bounds of propriety to talk about impeaching a president who capriciously threatens to cut off disaster aid to the country's largest state immediately after its worst wildfire season in history," Simon Maloy, a senior writer at Media Matters for America, added in response to Trump's tweet.