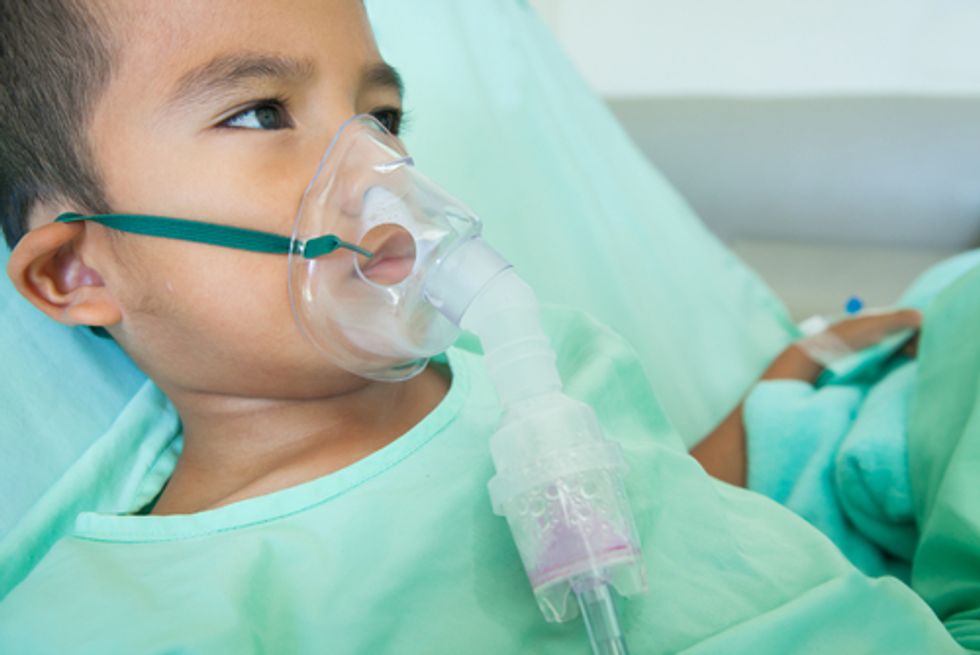 Many Americans hold beliefs about the flu vaccine that are at odds with the best available scientific evidence. For example, a recent study found that more than two-fifths, or 43 percent, of Americans believe that the seasonal flu vaccine can give us the flu. Scientific research strongly suggests that this is not true. Because modern flu vaccines do not contain a live virus, the shot itself simply cannot get us sick.

Low flu vaccine uptake is especially concerning this year. Recent Centers for Disease Control and Prevention estimates suggest that the most recent flu cycle was one of the deadliest ever – as nearly 80,000Americans died from the flu and flu-related complications in 2017. That’s more than double the number of Americans who die in traffic collisions, in a typical year.

Consequently, figuring out how public health professionals can most effectively combat misinformation about the flu vaccine is a critically important question for public health research. Looking at the latest research, we review the effectiveness of several communication strategies designed to reduce misinformation about the flu – and childhood – vaccines.

Strategy No. 1: Just the facts

One way that public health researchers and professionals attempt to correct misinformation about the flu is by attempting to educate people about its causes and severity, and to provide them with information about flu vaccine safety.

But, there’s a catch. People who become less likely to believe misinformation about vaccine safety are not necessarily more likely to get vaccinated, due to something scholars call the “backfire effect.”

The backfire effect occurs when efforts to provide people with information which challenges their prior beliefs can actually make them more resistant to taking action based on that information. For example, one study found that people who were told that the flu vaccine does not contain a live virus – and therefore cannot give one the flu – were more likely to report thinking that vaccines were safe. But they were also less likely to consider getting vaccinated themselves.

Strategy No. 2: Bust the myths

A second strategy that public health researchers and professionals use to correct misinformation about the flu involves tackling the myths directly by engaging in “myth busting.” This is closely tied to the first approach, except that it frequently involves exposing people to a piece of misinformation about the flu vaccine in an effort to discredit it.

That of course, is problematic, given that repeating the myth might increase the odds of people believe in it. And correcting misinformation is very difficult task, primarily because misinformation tends to be “sticky.” Therefore, even when “myth busting” works, the effects might not last a very long time. One study, for example, looked at people’s misperceptions about basic science questions, provided them with corrections, and then reinterviewed them a week later. The result? Even those for whom the correction worked in the beginning returned to hold the initial, misinformed opinion.

While this may sound pretty bleak, scholars studying this topic did find that certain approaches to “myth busting” might work. A worthwhile approach, for example, avoids repeating misinformation (such as saying that the flu vaccine includes a live virus) first to then “debunk” it. Instead, the focus should be on presenting people with the myth correcting information prior to the misinformation.

Scholars also suggest that making “myth busting” information as interesting and engaging as the myth itself, to ensure that it is memorable. That approach is not ideal, but it has been found to reduce the negative effects of misinformation on intention to vaccinate. It also reduces the opportunity for the correction to backfire, at least in some contexts.

A third strategy that health researchers and professionals use to encourage people to get the flu vaccine attempts to appeal to people’s desire to reciprocate. This often takes the form of appeals to larger group behavior, or emphasizing the importance of getting vaccinated to protect others in the community, irrespective of whether or not people subscribe to scientific consensus on vaccine safety.

Some studies suggest that this approach can be effective, for some people. Recent work found that cultures that focus on collective benefits have higher rates of compliance with vaccines and communicating the concept of “herd immunity” improves an individual’s willingness to get vaccinated. Similarly, another study found that those who believe their network supports vaccination feel more positively towards vaccines and express stronger intent to vaccinate themselves.

While it seems like individuals might have an interest in protecting the health of others for some sense of the “greater good,” the benefits of appealing to this sentiment are limited. Studies find that this type of message often produces mixed results. For example, one study found that while an appeal to social identity and the behavior of others in their community may work for some groups, overall, appeals to join others getting vaccinated did not change behavioral intentions. Another studyfound that communications about social and community benefits were only effective when the costs of getting vaccinated were low. In other words, appeals to reciprocity may work for some individuals, but overall do not have a strong effect.

Where does this leave us?

Correcting misinformation about the flu vaccines is hard, and the academic literature provides mixed signals about approaches to tackling this problem. The best evidence suggests that a more effective way of dealing with misinformation is not spreading it in the first place. That means avoiding repeating various myths, even if you’re debunking them. Appealing to widely recognized and accepted societal norms may be also effective, under some circumstances. It also cautions us to be aware that correcting misinformation does not guarantee that people will pursue healthy behaviors.

This is, however, just a starting point. We encourage scholars, health professionals and science communicators to devise and test alternative approaches to correcting misinformation about vaccines. For example, appeals that discuss the deadly nature of the flu virus, compared to past years and other common causes of death, such as car crashes, may make the risks of getting the flu more tractable, in a way that encourages vaccination in the general population.