Trump's feeble fight for a border wall has sparked feuds among White House aides as his major promise becomes a pipe dream: report 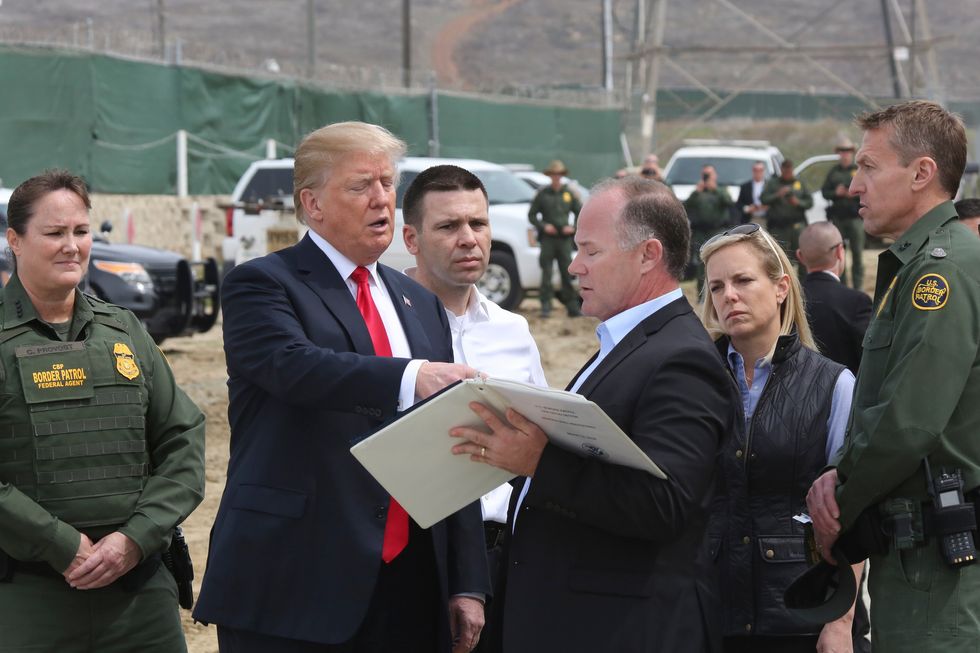 President Donald Trump appears poised to given in on his fight for $5 billion of funding for a border wall, according to multiple sources. But in the White House, the fight has reportedly increased tensions as aides jockey back and forth about the best strategy in the struggle to secure funds for his signature campaign promise, according to CNN.

Reporter Kaitlan Collins had the details on one particularly tense dispute over the wall before the midterm elections:

White House officials were in a meeting discussing border security last August when a sudden outburst from aide Stephen Miller silenced the room. The President's legislative affairs director, Shahira Knight, was in the middle of arguing that instead of pushing for the border fight so close to the midterm elections, the White House should hold off until after November when they would be in stronger position to fight over funding.

Miller, the immigration hardliner at the table, cut her off mid-sentence. According to two people in the room, he shot back with a list of reasons why the administration would almost certainly be in a weaker position after the elections because Republicans were guaranteed to lose multiple seats and possibly the entire House, making building the wall all but impossible.

Knight, a former aide to ex-White House economic adviser Gary Cohn with an in-depth policy knowledge, went quiet. An official described it as an "evisceration."

Just last week, Trump staged an impromptu debate with Democratic leaders in the Oval Office in which he demanded funding for the wall. He took responsibility for any potential government shutdown that might result from the fight, saying that he would be "proud" to shut down the government over the wall.

Collins noted that Trump appears to fear that lack of progress on the wall — which seems increasingly unlikely to impove with Democrats prepared to take control of the House — will alienate his base. Anti-immigrant bigot Ann Coulter recently said on a radio program that she won't vote for Trump in 2020 if he fails to build the wall.

What often goes ignored in these discussions is that, from a broader perspective, the wall remains a major political liability for the president. Polls consistently show that a strong majority of Americans oppose buliding a wall on the U.S.-Mexico border. Even more say it shouldn't be a priority, And since Trump's election, support for immigration generally has risen, not fallen.