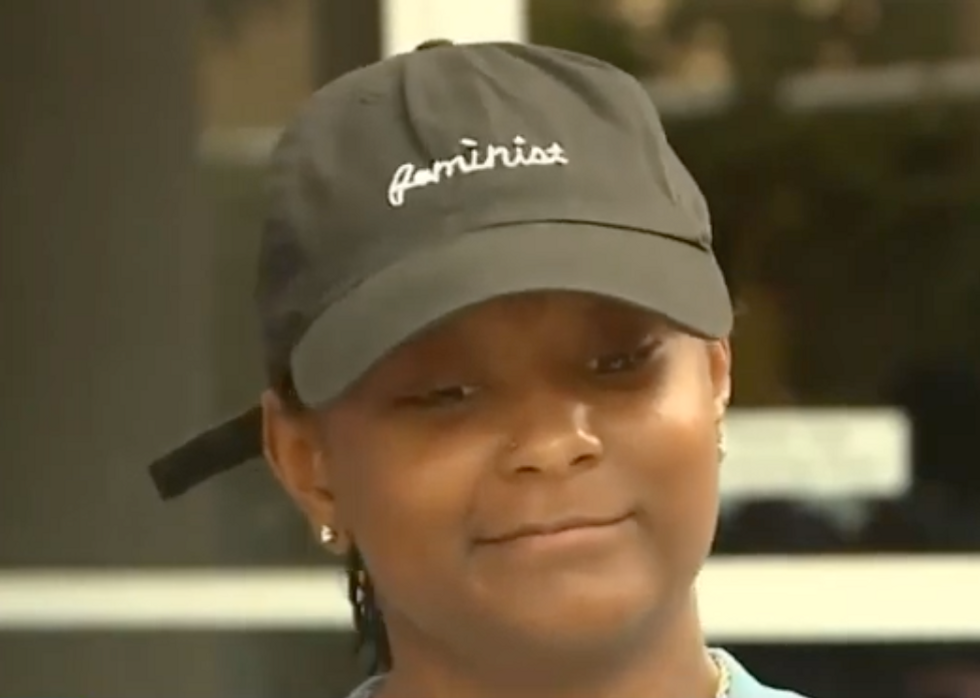 India Landry, a black high schooler in Texas, was expelled by her principal at Windfern High School in October of 2017 because she refused to pledge allegiance to the flag in class — a refusal that is clearly protected by her First Amendment rights and as they have been upheld by the Supreme Court.

But the school district dug in its heels, even while the law was clearly against its actions. Landry's expulsion was only temporary, but her mother sued the district over her mistreatment. The district fought back, and eventually, even Texas Attorney General Ken Paxton stepped in to defend the school officials' actions.

“Requiring the pledge to be recited at the start of every school day has the laudable result of fostering respect for our flag and a patriotic love of our country," Paxton said in September 2018, according to the Washington Post.

He was wrong. The Supreme Court has been clear that schools cannot force kids to deliver the pledge — it made it clear back in 1943 in the case of  West Virginia State Board of Education v. Barnette.

And finally, this week, the district agreed to backed down to settle the case.

"There is a big problem at Windfern High School." said lawyer Randall Kallinen, who represented the Landry family. "I am glad there has been a settlement and the school will also inform the students of their free speech rights."

He continued: "The U.S. Supreme Court has repeatedly held that parents have a fundamental interest in guiding the education and upbringing of their children, which is a critical aspect of liberty guaranteed by the Constitution."

The school had claimed that Landry would need permission from her mother to not recite the pledge. This isn't true, either, but she did, in fact, have her mother's support all along.

India Landry had also made clear that her refusal to participate in the pledge was a political choice, inspired by the NFL players who knelt during the National Anthem. She shouldn't need a strong reason to exercise her constitutional rights, but the fact that a school administrator was so intent on suppressing not only her freedom but her political voice is particularly toxic. It is also ironic, given that it was those who were violating the Constitution who claimed to be respecting the flag.

"The flag doesn't represent what it says it does," Landry said, according to the Houston Chronicle.