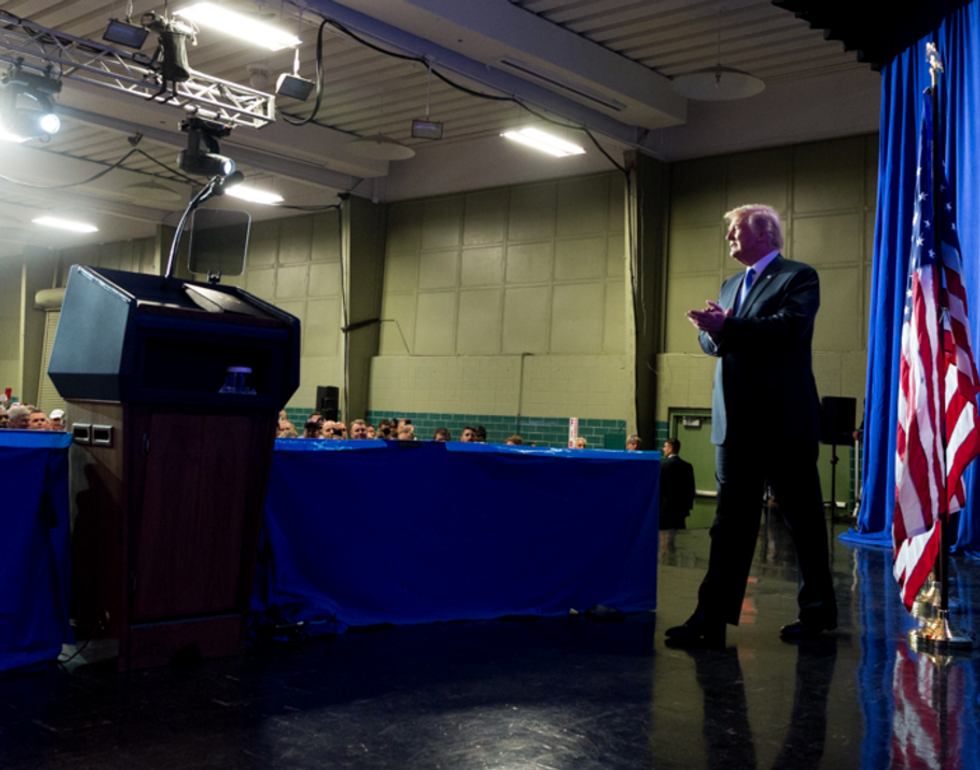 As chaotic and mired in scandal as Donald Trump’s presidency was in 2017, things were even worse in 2018. Major figures were fired from his administration, his foreign policy was often questionable, the Russiagate scandal was in the headlines constantly, and the president’s critics wondered how long it would be before he faced impeachment.

Nonetheless, some of the worst developments in the president's descent from reality TV buffoon into a pseudo-authoritarian caricature stood out more than others this year.

Here were five of the darkest moments in Trump’s presidency in 2018.

When journalist and Washington Post columnist Jamal Khashoggi was murdered inside the Saudi Consulate in Istanbul, Turkey on October 2, a mountain of evidence implicated Saudi Prince Mohammed bin Salman, a.k.a. MBS in the killing. Turkish government officials believed that Khashoggi was killed on direct orders from MBS himself, as did CIA Director Gina Haspel. But the Saudi government insisted that there was no evidence implicating MBS in the murder, claiming that he was killed in a kidnapping plot gone wrong—and Trump, through it all, was inclined to believe the Saudi government and maintained that he considered MBS a valuable ally.

After Justice Anthony Kennedy announced his retirement and Trump nominated Judge Brett Kavanaugh as his replacement, three different women accused Kavanaugh of sexual misconduct—first Christine Blasey Ford, then Deborah Ramirez, then Julie Swetnick. Regardless, Trump had no interest in hearing what any of them had to say; he was determined to see Kavanaugh’s confirmation rammed through the Senate as quickly as possible. And he wasn’t shy about defaming or insulting Kavanaugh’s accusers.

Although the Obama Administration was quite aggressive when it came to deportations of undocumented immigrants, President Barack Obama never had a policy of separating families at the U.S./Mexico border. Trump did, and when he was widely criticized for the policy, his knee-jerk response was that Democrats were promoting open borders.

Veteran television journalist Dan Rather was not exaggerating when he used the phrase “flock of felons” while discussing all the criminal charges that Trump’s associates faced in 2017. Trump’s former campaign manager, Paul Manafort, was convicted of eight criminal charges, including bank fraud and tax evasion, on August 22—the same day Michael Cohen (his former personal attorney) pled guilty to tax evasion, bank fraud and campaign finance violations. Further, Michael Flynn (Trump’s former national security advisor) awaited sentencing for lying to the FBI. And when Cohen agreed to cooperate in Special Counsel Robert Mueller’s investigation, Trump sounded like a mob boss from a James Cagney movie every time he described the attorney as a “rat.”

The turnover in Trump’s administration was mind-boggling in 2018. This year brought a long list of firings or resignations, from Rex Tillerson (former secretary of state) to White House Chief of Staff John F. Kelly to Don McGahn (former White House counsel). But the most troubling departure came after the midterms when Trump fired Attorney General Jeff Sessions — whom he resented deeply for recusing himself from Mueller’s probe — and replaced him with loyalist Matthew Whitaker. Trump didn’t want an attorney general who was concerned about the rule of law; he wanted an unquestioning sycophant.