A tale of two foundations 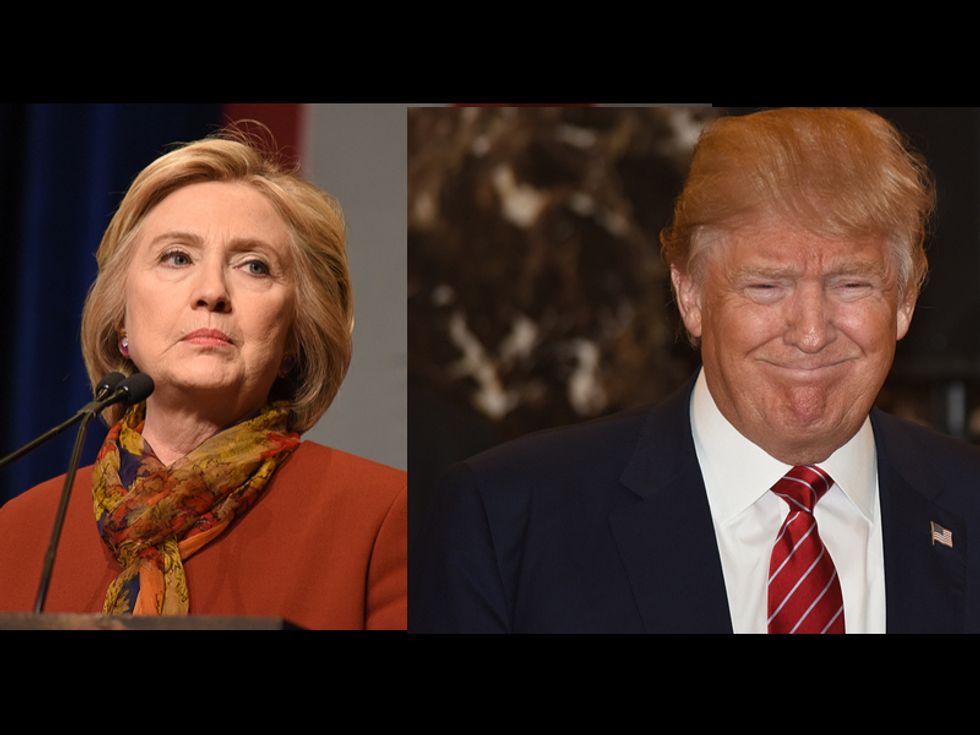 Nobody ought to be surprised to hear of the belated demise of the Donald J. Trump Foundation, a racketeering enterprise under investigation by the state authorities in New York for the past two years. Barbara Underwood, the state attorney general, announced that the foundation will dissolve and its assets distributed to bona fide charitable groups. She seeks to prohibit its overseers, President Trump and his adult children, from serving on the board of any nonprofit in New York for the foreseeable future.

Raking through the foundation's records since 2016, Underwood found what she described as "a shocking pattern of illegality," which included not only various self-serving schemes to bolster Trump businesses and stroke Trump's ego but also multiple (and unlawful) expenditures to advance his presidential campaign. The largest donation went to restore a fountain outside the Plaza Hotel in New York when Trump owned it. The smallest went to the Boy Scouts and appeared to be Donald Trump Jr.'s enrollment fee.

Trump misused the assets of one scam, the Trump Foundation, to protect another, Trump University. He sent a $25,000 foundation check to Florida Attorney General Pamela Bondi -- an illegal donation -- around the time she was considering whether to open a fraud probe into his fake educational institution. He raised millions for a veterans charity and then let Corey Lewandowksi direct the distribution of those funds in Iowa on the eve of the 2016 Republican caucuses. That violated the law, too.

Meanwhile, a different foundation continues to operate in New York City, with the highest possible ratings from nonprofit watchdog agencies like Guidestar, Charity Navigator and Charity Watch. Over the past decade or so, that foundation is estimated by public health authorities to have saved the lives of millions of people around the world threatened by HIV/AIDS, tuberculosis, malaria and other diseases. And it has estimable programs that help farmers, workers, women and schoolchildren around the world, including the United States. That foundation bears the names of Bill, Hillary and Chelsea Clinton -- none of whom have ever been sanctioned for a misuse of foundation funds.

Yet the sorry fact is that despite The Clinton Foundation's extensive good works, many, perhaps most, Americans probably believe that it is no better than Trump's fountain of sleaze. That negative image is owed to a carefully crafted and heavily funded plan to defame the Clinton Foundation, run by none other than Steve Bannon. Using funds supplied by the right-wing billionaire Mercer family, Bannon oversaw the production of a highly inaccurate book, "Clinton Cash," which he then used to manipulate mainstream news outlets. The book author even made a deal with The New York Times to feature the book's "research" in a front-page story that suggested Hillary Clinton had engineered approval of a uranium sale to Russia for the benefit of foundation donors.

That false and cynical story ran in 2015, around the time that Clinton declared her presidential candidacy -- and it molded a damaging narrative that influenced all ensuing coverage, just as Bannon and Mercer had plotted. From that moment until November 2016, news coverage of The Clinton Foundation mainly consisted of snuffling around for gossip, stolen emails and any other stray nonsense that advanced the negative story. Coverage of the Clinton Foundation's actual achievements was pushed aside.

The Trump Foundation escaped any such harsh scrutiny until just six weeks before Election Day 2016, when the Washington Post published the most devastating articles in a series by David Fahrenthold. His outstanding investigations eventually set the stage for the Trump Foundation's exposure and dissolution by New York authorities. But most of Fahrenthold's toughest stories came far too late for any political impact -- and received far too little coverage in mainstream outlets

By then, Brad Parscale, the Trump aide who is already managing Trump's reelection campaign, had bamboozled voters with a wildly bogus comparison, as summarized in this June 2016 tweet: "Data doesn't lie: Clinton Foundation was 'slush fund' while Hillary was a Senator/Secretary/Pres candidate. Trump Foundation helped people in need with 100 percent to charities, but @realDonaldTrump voluntarily shut his down. Yet who is the sleazy NY AG suing?!"

Parscale earned four Pinocchios from the Post fact-checker for this crude deception. But he got the last laugh.

Voters can depend on Parscale and Trump to slander their opponent in 2020, just as they lied viciously and incessantly about the Clintons. The question is whether mainstream news outlets will again amplify such lies in the name of "balance" or defend truth against its enemies.