Stumped by the stock market slump? Start by picturing a used car dealership 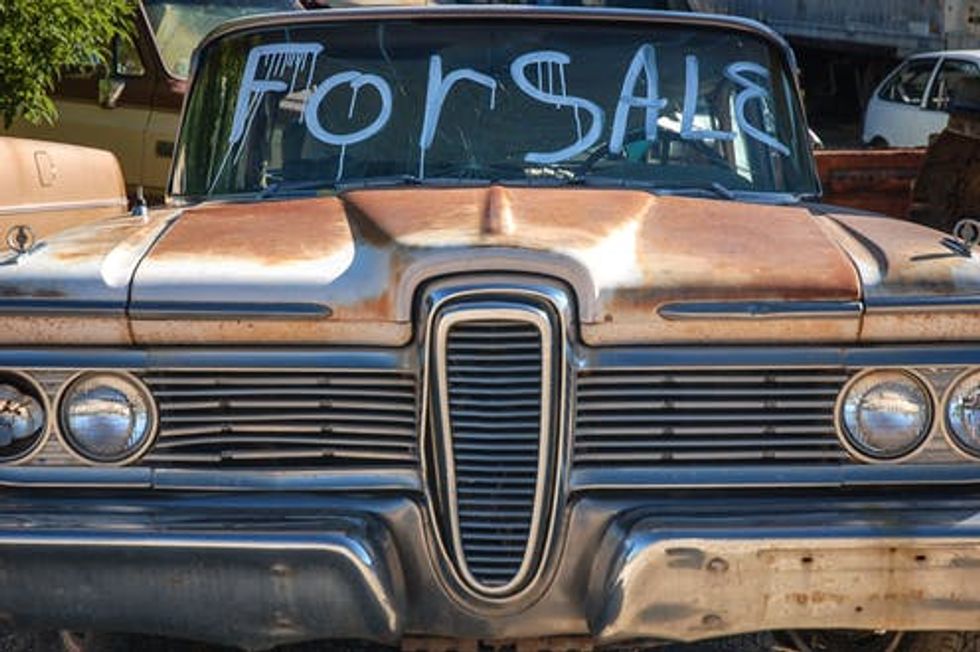 Stocks have been slumping on a variety of concerns, from President Donald Trump’s ongoing trade war with China to worries about an economic slowdown and rising interest rates.

Given the many factors driving shares up or down on any day or week, it’s hard to make sense of what’s happening on Wall Street.

Based on my many years of experience teaching and writing about financial markets and frauds, I believe the best way to understand what’s happening on Wall Street – and puncture its mystique – is to imagine it as a used car dealership.

Stock exchanges are places where people trade ownership in corporations by buying and selling shares.

About half the population owns at least some stocks, mostly in their 401(k)s. But, except for the richest 10 percent of Americans, stock holdings are usually on the smaller side.

The New York Stock Exchange, one of several in the U.S., is the largest securities exchange in the world. At a current market value of almost US$23 trillion, it’s worth more than the GDP of the U.S. and the world’s other big economies.

Stock exchanges play an important economic role by helping companies finance new investments. When a large company wants to expand, it goes to an exchange like the NYSE and offers investors a stake in its business through what is known as an initial public offering. That’s exactly what ride-hailing services Lyft and Uber plan to do at some point in 2019.

However, this is not what stock trading is mainly about. Virtually all the $80 trillion or so in daily trading on the NYSE and other exchanges around the world involves someone who already owns shares of a company selling them to somebody else. In other words, it is very much like a used car dealership.

Used car dealers buy old automobiles and resell them. Similarly, stock markets are places where someone sells their ownership in a company to a dealer, who then finds someone else to buy it. That is it. Ownership of a company changes hands, with the exchange serving as the middleman.

These exchanges have benefits. They enable us sell things quickly. When I want to get rid of my car, it is more convenient to have a used car dealer serve as an intermediary than for me to sell it myself. Because it is easy to sell my car every few years, I may purchase a new one more frequently, which increases consumer spending and strengthens the economy.

But there are also negatives to stock markets.

As used car buyers know, it is easy to end up with a lemon. Most people don’t know the specifics of a particular used car. Its past and even its present condition is often a total mystery.

And car dealers have incentives to hide flaws in what they’re selling – and thus deceive potential buyers. Revealing flaws in the car will likely lose them sales and commissions.

Similarly, investors typically don’t know much about a particular company. Such knowledge requires doing a lot of homework about the company – its past history, its senior executives and its future plans – as well as knowing how to read financial statements. This is much harder than homework on a specific car that you are thinking about buying.

And just as car dealers can make a lemon look good for a test drive, companies can cook their books or drive up their stock price to make themselves look good.

Furthermore, the stock market can help turn companies into lemons. Wall Street’s focus on short-term stock price gains means that it cares more about what will generate a quick buck rather than what will support long-term growth and profitability. Consequently, companies end up focusing more on doing whatever drives up the value of its shares at the expense of producing quality products efficiently, worker training and customer satisfaction.

This is why we keep seeing business scandals such as car companies like Volkswagen installing deceptive exhaust systems and financial firms such as Wells Fargo that charge customers for accounts that they did not ask for.

The history of financial markets is also a history of fraud, from the South Sea Bubble of the early 18th century to Bernie Madoff’s Ponzi scheme in the 2000s.

Making sense of the slump

So what does this all mean for the current market slump?

One important lesson is that Wall Street is not the economy. If stocks go up or down, this doesn’t mean that the economy has necessarily improved or worsened. It only means that “pieces of paper” being bought and sold have changed in value. Some people get richer, others poorer.

However, sharp stock market declines can have a real world impact, such as when a “bubble” collapses. That’s what happened in 2008 and what happened in October 1929, when a stock market crash caused by a bursting bubble led to an 80 percent drop in stock prices. That market swoon helped spawn the Great Depression, which saw an average of 15 percent unemployment for an entire decade, soup lines throughout the country and a 30 percent decline in economic activity and average incomes.

In other words, when bubbles burst, the economic damage can be substantial. People become poorer and spend less. Corporate profits plummet, causing stocks to fall even further. People become skeptical of the stock market and won’t lend money to firms that want to expand their operations. A downward spiral can quickly deepen and become self-reinforcing.

The bottom line: While you shouldn’t panic about Wall Street’s current woes, there are still reasons to pay attention to the economy and stock market. And, most important of all, if you’re an investor, do your homework and steer clear of lemons.

This is an updated version of an article originally published on March 5, 2017.