'Soulless vampire' Stephen Miller mocked for sporting 'spray-on-hair' during Sunday talk shows: 'The coverup is worse than the crime' 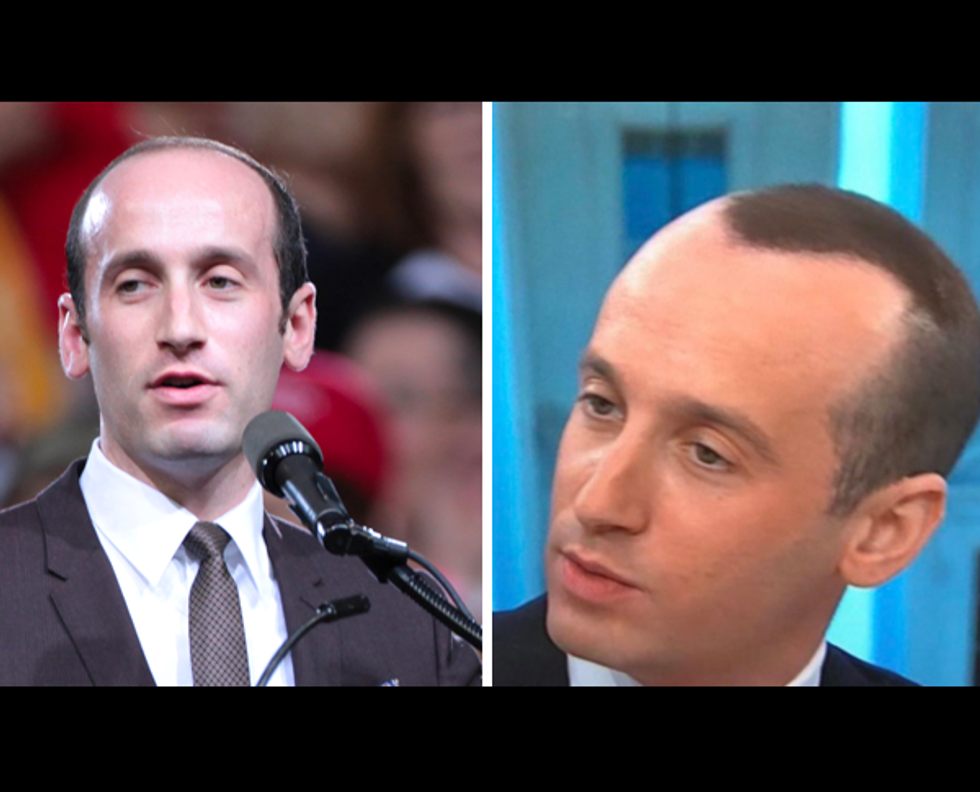 Male pattern baldness is something millions of men struggle with as they age. It’s natural, it happens. While some just go with it and embrace it, others find new ways to cover the loss of hair: baseball hats, implants, hair growth supplements, whatever is happening on Donald Trump’s head and in the case of Donald Trump’s senior racism advisor, Stephen Miller, spray paint.

Appearing on CBS’s Sunday morning talk show, Face the Nation, Miller debuted a new look and let’s just say whatever racist drivel he was shoveling was completely drowned out by the chatter of whatever was happening on his head.

#facethenation Stephen Miller sporting the worst case of spray-on hair I have ever seen.
The glory and horror of HDTV. pic.twitter.com/KqhVfzRPWf

We all have a lot of questions. Apparently he got the message because White House correspondent Katie Rogers provided an interesting update this morning:

Folks, can you please stop making fun of Stephen Miller for his spray-on hair? Think about how hard it is when you… https://t.co/un9zpfpBU5
— Jules Suzdaltsev (@Jules Suzdaltsev)1544994592.0