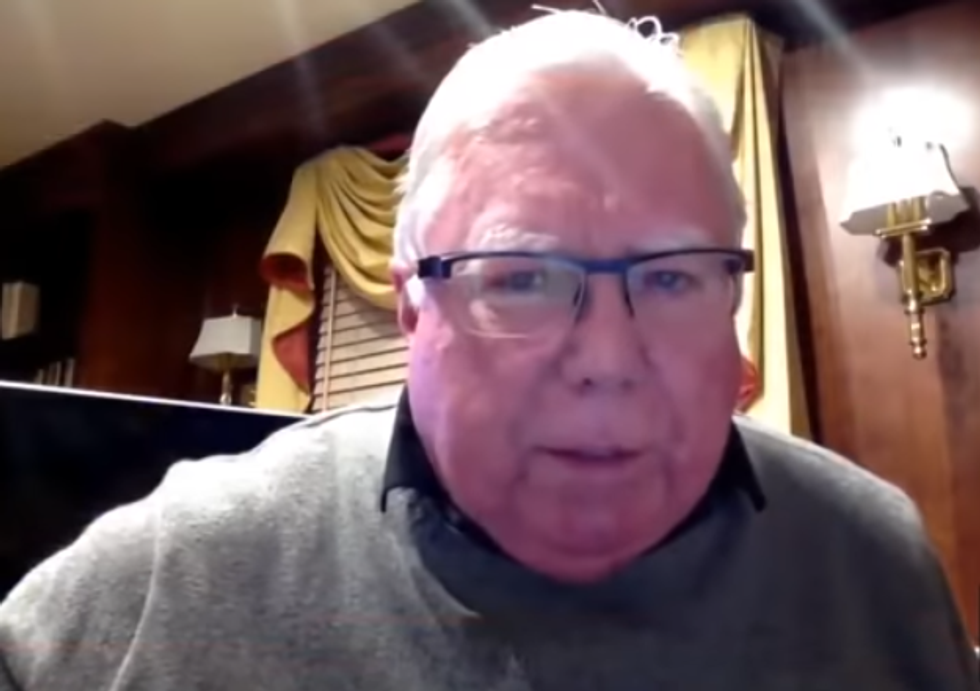 Special counsel Robert Mueller is closing in on Jerome Corsi, a noted Birther conspiracy theorist and associate of GOP strategist Roger Stone, who is accused of serving as a link between President Donald Trump's campaign and Russia-linked vigilante intelligence group WikiLeaks.

Mueller offered Corsi a plea bargain of one count of perjury, but Corsi rejected it. Instead, he has another plan to get out of trouble: get Mueller prosecuted instead.

With the assistance of Larry Klayman, a far-right antigovernment attorney who once tried to organize a 2013 protest on the National Mall to make President Barack Obama "come out with [his] hands up," Corsi claimed to have "filed" a 78-page "criminal complaint" against Mueller with the Attorney General Matthew Whitaker, several Justice Department officials including the Inspector General, and the disciplinary counsel for the District of Columbia Bar. The complaint alleges Mueller unethically pressured Corsi to say he lied when in fact he hadn't, and that Mueller's prosecution may amount to criminal false statements, extortion, or a violation of the Racketeer Influenced and Corrupt Organizations (RICO) Act.

Needless to say, this is not how anything works. A private citizen cannot "file a criminal complaint," U.S. attorneys do that. Corsi's "filing" is essentially just for show, to try to garner sympathy with the public.

Former assistant U.S. Attorney Mimi Rocah called the complaint "patently ridiculous" and said that "this is somebody who doesn't like the fact that he's being caught in his lies." And former prosecutor and MSNBC legal analyst Daniel Goldman said it "abuses the role of the inspector general" and "seems to be more of a public relations stunt than a meritorious concern."

Additionally, Corsi was soon being roundly mocked on social media:

If this is indicative of Corsi's whole legal strategy, it is likely that he will soon sorely regret not taking a plea when he had the chance to do so.