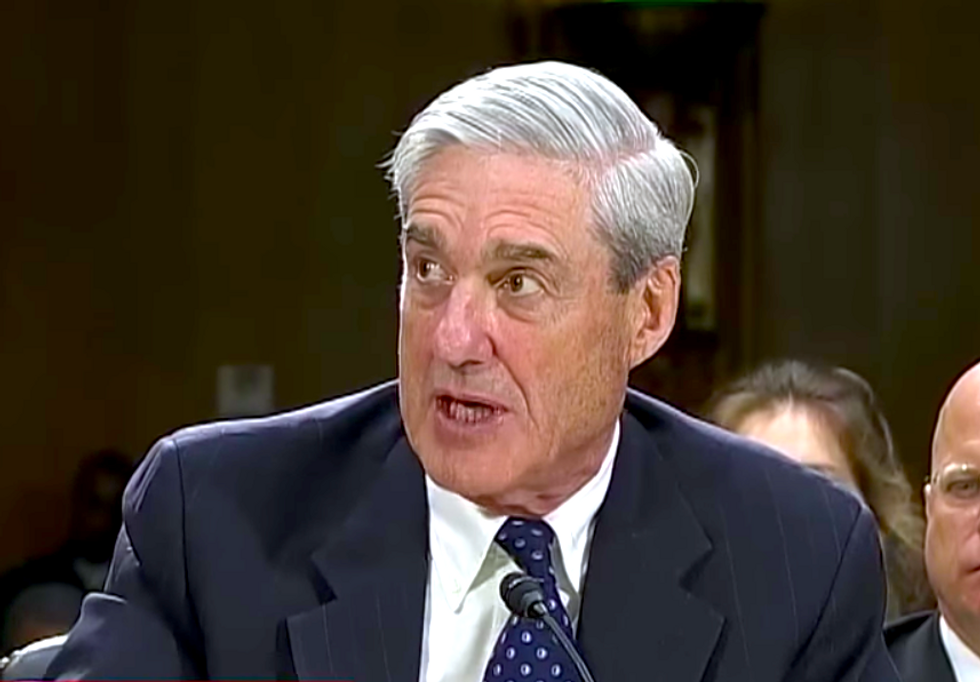 With all these developments, introducing new facts into evidence while raising perplexing new questions, expectations among many observers that Mueller has something truly devastating against Trump are growing.

But in the view of Renato Mariotti, a former federal prosecutor, critics of the president should lower their expectations about what Mueller may uncover.

"Mueller may never write a public 'final report'—especially not one that sets forth evidence like the Starr Report did—and any bombshells he reveals are unlikely to outline a grand conspiracy," Mariotti wrote in a new piece for Time. "Frankly, the term collusion has no legal meaning in this context, and it is hard to imagine any federal prosecutor would ever charge the extensive conspiracy imagined by Trump’s critics."

This has been a common refrain among many of the president's defenders, many of whom argue in entirely bad faith. But Mariotti is not a Trump defender, and his claim should be taken seriously.

The point about "collusion" not being a technical crime in this context is a familiar one, but it's irrelevant. It's a simply a term to describe some forms of conduct that could themselves constitute several other crimes.

But as Mariotti explained, proving a federal crime of conspiracy requires meeting a demanding standard, and even for the most skilled investigators, the challenge may be insurmountable. Even if Trump is guilty of the worst conceivable version of a conspiracy with Russia, Mueller may never be able to prove it, because proving crimes is challenging.

This is one reason why we should largely ignore complaints from Trump defenders who criticize the special counsel for going after "process crimes," liking perjury, making false statements, and obstruction of justice. These crimes can often conceal and be evidence of larger crimes that prosecutors could never sufficiently prove in court, and pursuing them is an entirely legitimate alternative when more serious crimes cannot be charged.

Mariotti also warns, though, that the public discussions about the possibility of conspiracy or collusion-related charges could undermine the impact of discovering these types of crimes, even if there's rock-solid evidence that Trump himself is guilty.

"Ironically, these unrealistic expectations may help Trump survive this existential challenge to his presidency," Mariotti wrote. "At any other time in American history, the President’s lawyer telling a federal judge under oath that the President directed him to commit a crime might end that presidency. Yet that detail has been forgotten amidst the daily avalanche of Trump-related news."

Here he refers to the guilty plea by Cohen to charges of campaign finance violations, which he said Trump directly ordered him to carry out. This stunning revelation has largely been left out of most mainstream discussions of the president's crimes, perhaps because people are expecting even bigger bombshells.

More importantly, Trump’s obstruction of justice has become commonplace, even expected. For instance, in September, when Trump publicly condemned then Attorney General Jeff Sessions for failing to quash criminal investigations of two political allies because it could effect the GOP in the midterms, it barely raised eyebrows, when it should have drawn bipartisan condemnation.

Mariotti's argument is persuasive and important. However, there are a few pieces of the story he leaves out.

First, while he rightly encourages Trump critics to not get out over their skis, he doesn't emphasize the fact that it's Trump's defenders who have consistently moved the goal posts. We now know Trump, his family, and his top advisers behaved in ways that would have been dismissed as kooky conspiracy theories had they been postulated during the election itself.

The fact that Republicans and the right wing refuse to recognize these actions for the scandals they are is their failing, not a failing of Trump's opponents.

Second, Mariotti doesn't consider the plausible view that obstruction of justice as it relates to the Russia investigation should itself be seen as a form of collusion. Remember, Mueller's investigation, which Trump has repeatedly tried to thwart, wasn't just going after the president's team. It's gone after many Russians who were directly involved in the effort to subvert American democracy in 2016.

By trying to undermine this investigation, Trump has been directly supporting Russian President Vladimir Putin. He has actively and knowingly participated in a widespread misinformation campaign directed by Putin to deny Russia's role in the election, a campaign which is an essential continuation of that effort. When, for example, the president stood on stage with Putin in Helsinki and cast doubt on the intelligence community's findings that Russia had intervened, Trump was complicit in the attack.

At the same time, Russia has helped cover up damaging information about Trump. Despite Trump's repeated claim, during the election and since, that he has had no business involvement with Russia, we now know that his company had negotiations with the Kremlin to build a Trump Tower Moscow well into the 2016 campaign. But not only did Trump and his aides cover this up — so did the Kremlin.

So while Trump was covering up the Kremlin's misdeeds — both through lies and conduct that could plausibly be charged as obstruction of justice — the Kremlin was covering up for Trump. How much this was actually coordinated remains an open question, especially with no record of Trump's private meeting with Putin, but it doesn't seem to be a stretch to call this "collusion."